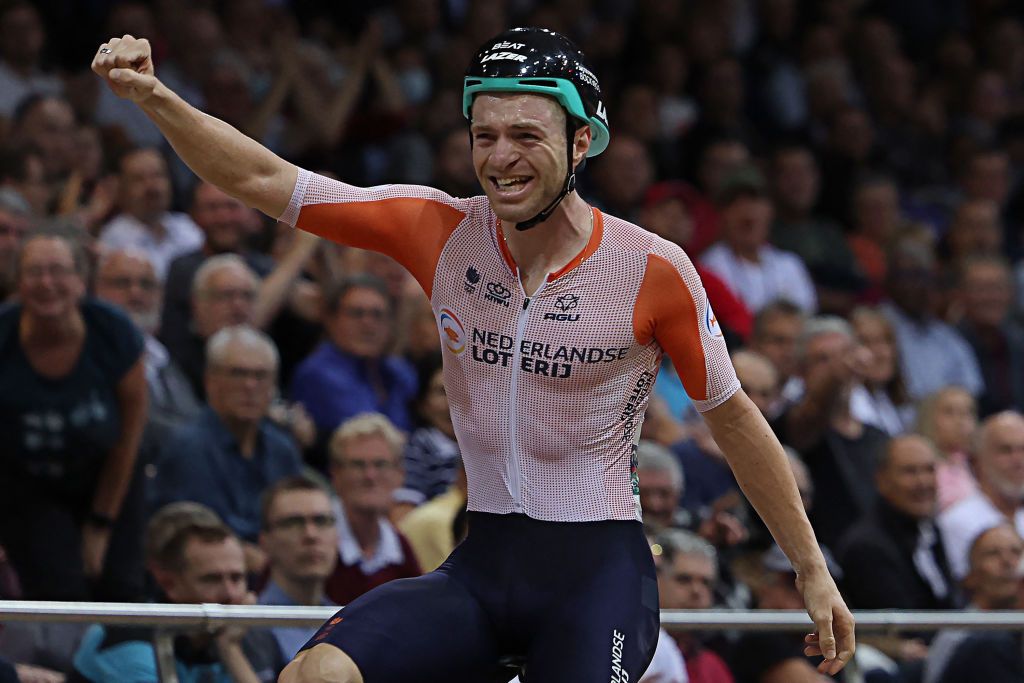 The Netherlands added another world title in the first event of Friday evening’s session, with Yoeri Havik riding an aggressive and astute Points Race to secure the rainbow jersey of his career. Roger Kluge (Germany) sprinted to the silver medal, with Belgium’s Fabio Van Den Bossche rounding out the podium with bronze.

Havik, 31, was the only rider to lap the field three times in separate attacks. He defended his position on the final laps to claim an emotional first world title.

The Dutchman was part of an early breakaway, following a move from the USA’s Grant Koontz along with Van Den Bossche, Mykyta Yakovlev (Ukraine). Britain’s William Parrett blazed across and dragged the five riders to the field to take the first lap.

He then entered another move when Kluge attacked to form a six-rider move that took a lap along with Van Den Bossche, Parrett, Corbin Strong (New Zealand) and Gustav Johansson (Sweden). The 20 points bonus briefly moved Strong into the lead.

However, the Kiwi missed the move when eight riders went clear in the closing 30 laps with Kluge and Havik taking advantage of the absence of Strong and Van Den Bossche to move up in the standings.

The cagey German snatched enough sprint points to climb over Strong, Perrett and Van Den Bossche by winning the last two sprints but Havik made sure he couldn’t take a lap, chasing him down with 10 laps remaining.

How Much Money Do Wedding Planners Make?

How To Treat Eczema and Acne, According to a Derm