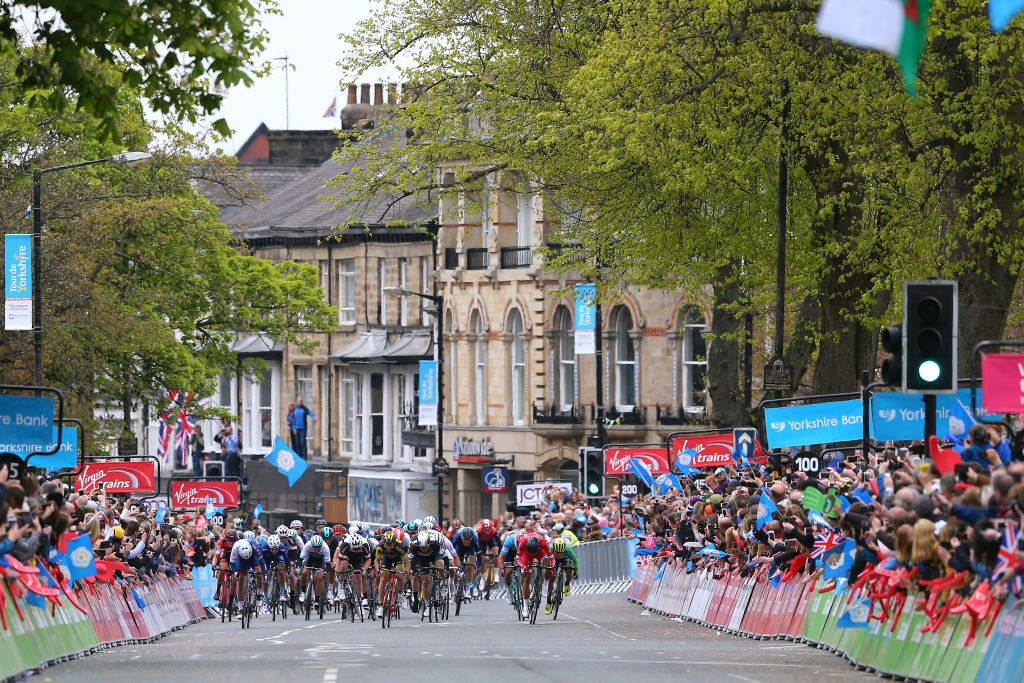 The Tour de Yorkshire has been cancelled for a third time, with financial difficulties meaning 2022 race will not be held.

The four-day stage race for the men and two-stage event for women was expected to take place around April and May of 2022 with the event but will not be on the UCI race calendar, having already been absent from the calendar in 2020 and 2021.

Previous editions were organised by the Welcome to Yorkshire tourism agency along with Tour de France organisers ASO.

“For 7 years now our teams have been working towards the realisation of the event, which after 5 editions has become a real marker in cycling’s spring season,” ASO CEO Yann Le Moenner said.

“After 2 back-to-back cancellations due to the Covid-19 pandemic hitting in early 2020, and considering economic factors, some of which result from it, it has been decided by mutual agreement that the Tour de Yorkshire will not be organised in 2022.”

“Whatever the case, the Tour de France and A.S.O. will always remain close to Yorkshire because of the fantastic Grand Départ in 2014 and 5 successful editions of the Tour de Yorkshire which deserve a follow-up.”

After the cancellation of the 2021 event organisers talked of how they would put their energies into bringing the race back “bigger and better” than ever in 2020. This time, however, they did not outline if the event would return in 2023, or indeed at all, following its third cancellation.

The race was one of many cancelled or postponed in 2020 when the cycling season was suspended. When the season restarted and other events were rescheduled ,a decision was made in November of 2020 to also call off the 2021 event. At the time Welcome to Yorkshire said was unwilling to commit resources to an event it couldn’t be certain of.

Other British cycling events faced cancellation in 2020 and postponement earlier this year due to the COVID-19 pandemic, but racing has resumed with the Tour of Britain running from September 5-12 and the Women’s Tour set to run from October 4-9.

The organisers of the Tour de Yorkshire said they had continued to discuss bringing the race back to Yorkshire as soon as it was to be deemed safe and viable to do so, but agreed that the impact of the COVID-19 pandemic, combined with escalating financial challenges and uncertainties meant they believed it would be  unviable in 2022.

“Whilst the news about the Tour de Yorkshire will be disappointing to hear for many, it’s important for Welcome to Yorkshire to now focus on imminent events and to continue planning for future annual campaigns, similar to 2021’s acclaimed ‘Walkshire’, promoting the whole of the county every day of the year,” said chair of Welcome to Yorkshire Peter Box.

“The last eighteen months have seen turbulent times for many businesses and for tourism, with financial restrictions which must be addressed and considered in all decision-making processes.”

The Tour de Yorkshire – which started in 2015 as a follow-on from the Grand Départ of the 2014 Tour de France when two stages took place in the region in the north of England – has in the past been described as an incredible success by organisers, with figures of 2.6 million roadside spectators claimed in 2018 and a potential television audience of 28 million across 190 countries in 2019.

“Clearly this is very disappointing news for everyone who recognises the value the Tour de Yorkshire brings to the county and to cycling in Britain,” British Cycling Chief Executive Brian Facer said.

“This is not just about the economic boost that top level bike racing has brought to Yorkshire, but also in the huge numbers of people who have been inspired to cycle themselves.

“The local authorities in Yorkshire have done a fantastic job over recent years and deserve credit for trying to find a way forward. We will continue to work with Welcome to Yorkshire and A.S.O. to secure major cycling events in the future.”

The first women’s race was won by Louise Mahé (Ikon-Mazda), with Kirsten Wild (Hitec Products) and Lizzie Deignan (Boels-Dolmans) then winning the one-day event. In the first stage-race version in 2018, Megan Guarnier (Boels-Dolmans) was victorious and the last edition was won by Marianne Vos (CCC-Liv).

From Tai Chi to Systema with Rob Poyton