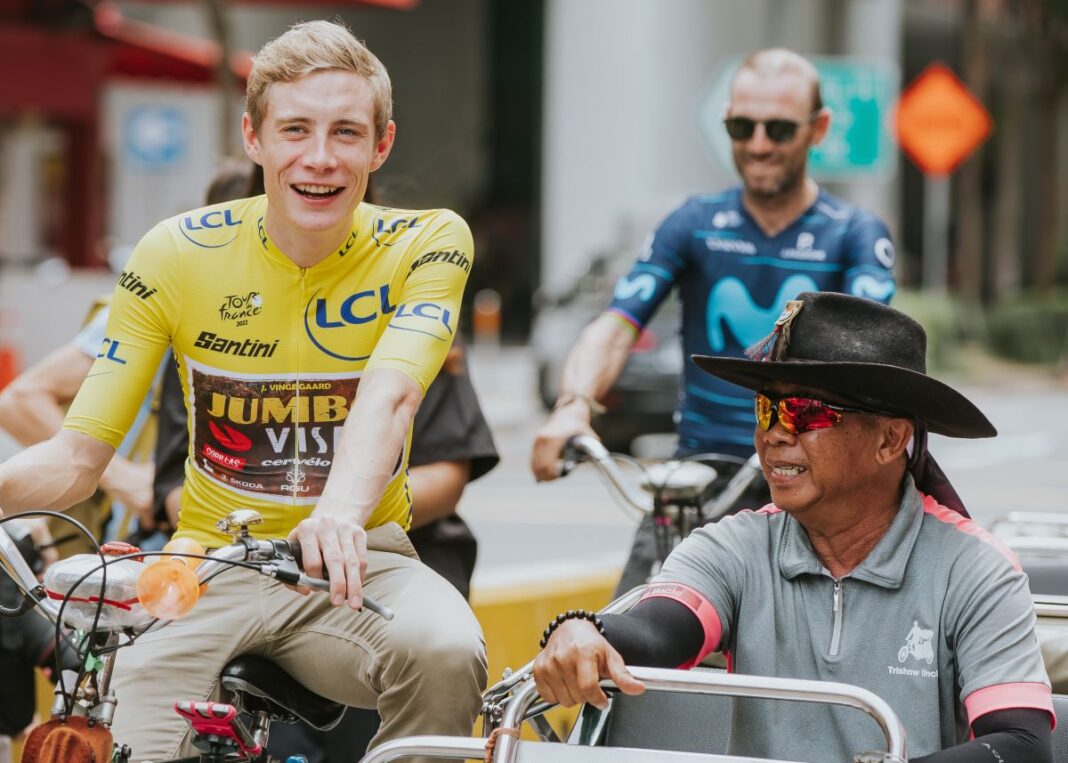 Earlier in the day Cavendish spoke to Cyclingnews about his 2022 season but stayed tight-lipped about his team for 2023.

Vingegaard shared his thoughts on the 2023 Tour de France route and how he would have liked more time trials in the mountains route.

The five big-name riders are part of a 28-rider group of professional orders who will race against 16 Asian riders. Also in Singapore are Jasper Philipsen, who is part of a Legends Team alongside Cavendish, Tour de France stage winners Simon Clarke and Hugo Houle, polka-dot wearer Simon Geschke, Sepp Kuss and Rohan Dennis.

Nibali and Valverde have already officially retired but will ride in Singapore and in next week’s similar Saitama Tour de France criterium in Japan.

Plans for a Tour de France criterium in Singapore were made three years ago but the COVID-19 pandemic delayed the first edition. It has been organised by Australian company TEG Entertainment.

“The aim is to be able to spread the interest in competitive cycling more widely,” Brendon Bainbridge of TEG said.

“The Tour de France and its champions are naturally the best ambassadors for reaching the public. There is an increasing number of amateur cyclists in Singapore and the country has put plenty of effort into developing cycling as a sport.”

The riders took a spin around the Albert Centre and Chinatown areas of Singapore, on three-wheel rickshaws known as trishaws, taking over from the local guides and eating local fried snacks. For the record Mark Cavendish was the first back to the garage after the ride, ahead of Vingegaard, Valverde, Nibali and Froome. Elsewhere Houle took part in a local spinning class.

During the evening team presentation, riders also dressed up in local costumes and were given a drumming lesson on stage.

On Sunday the riders will compete on a downtown street circuit that starts and ends at the Float and Marina Bay and passes iconic Singapore landmarks including the Merlion and the Esplanade. The riders will cover some of the five-kilometre circuit used during the Singapore Formula 1 Grand Prix for a total of 20 laps and 64k of racing.

“I’m a big fan of Formula 1. I watch the Singapore Grand Prix on television, but I’ve also driven it on my PlayStation! It was the first thing I did when I found out that we would be riding here,” Cavendish said.

Like many of the riders, Vingegaard travelled to Singapore with his family after an end of season holiday in the Maldives. He will race the criterium in his Tour de France yellow jersey.

“It will feel really special to wear the yellow jersey again, it gives us the opportunity to bring some of the Tour de France atmosphere here,” he said.