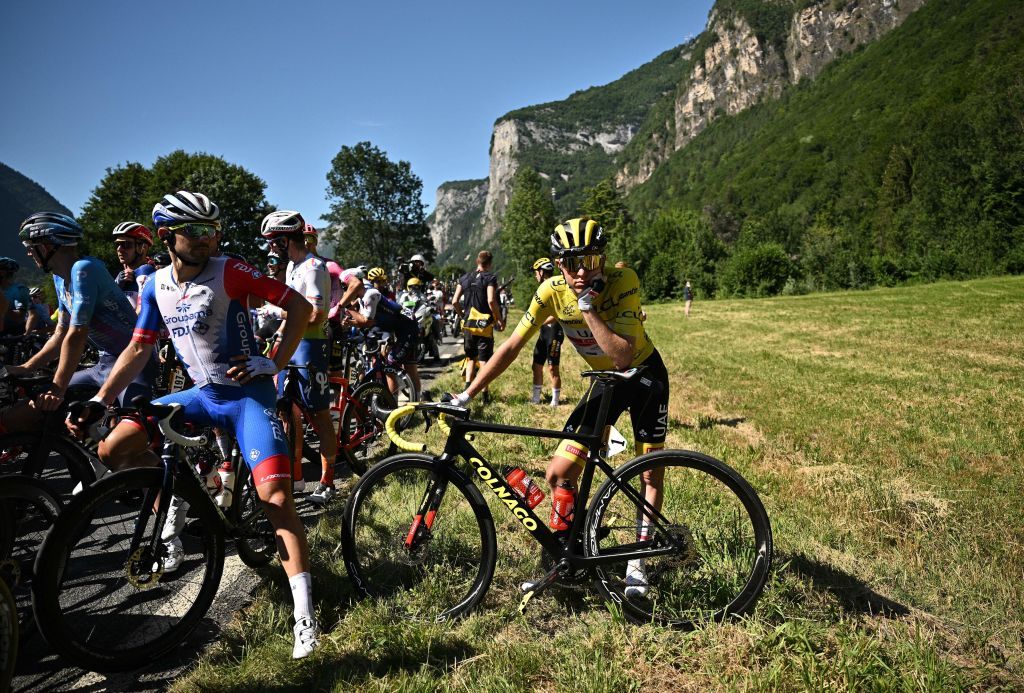 The six climate activists who brought the 2022 Tour de France to a stop on stage 19 were tried in a criminal court in Auch on Tuesday for obstructing traffic.

The protesters from Dernière Rénovation could have faced two years in prison but the prosecutor, Jacques-Edouard Andrault, asked for a joint €500 fine for the four men and two women including €300 suspended, according to L’Equipe.

The six activists set off smoke bombs and sat down in the middle of the route of the Tour de France stage 19 to Cahors on July 22, chaining themselves together. They had to be dragged off the course by gendarmes. They were out on course two previous times during the 2022 edition, on stages 10 and 15. Two of the six on trial participated in the earlier protests.

Tour de France organisers filed a complaint against the group but then withdrew it.

“Weren’t there other legal means to warn about the importance of the thermal renovation of buildings?” the prosecutor asked, calling the group’s actions “dangerous, even if the defendants say they took measures to avoid an accident”.

In defence, one of the activists described marches, demonstrations and other legal protests but said their demands went unaddressed. “It was the last resort,” they said, adding they took steps to make sure the protest would not cause a crash. “The roles were well defined, we even received training before acting. We had chosen a straight section, with visibility to prevent the action from being dangerous.”

Before the Tour de France, the group staged protests on the ring road around Paris, and more recently disrupted two Ligue 1 matches. These actions will be the subject of trials scheduled for 2023.