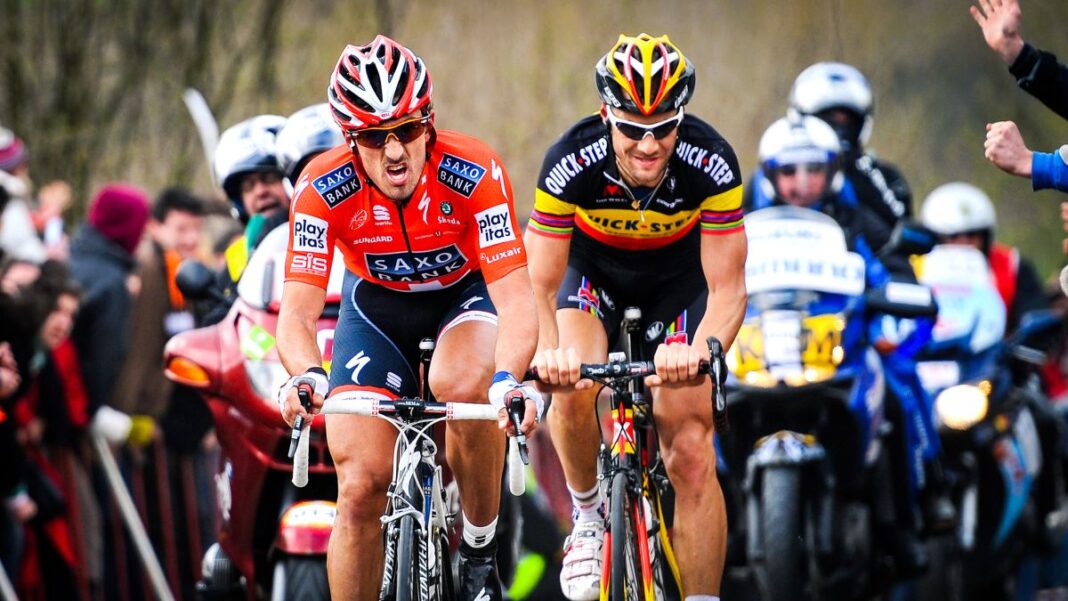 Fabian Cancellara and Tom Boonen will appear on stage together at Rouleur Live, which takes place from November 3-5, for the first time since their careers came to an end over five years ago.

The two riders enjoyed an infamous rivalry across their careers, with both of them dominating the Cobbled Classics across a decade of racing. Boonen won Paris-Roubaix a record four times, while Cancellara won three editions, and both won three editions of the Tour of Flanders.

Their head-to-head race at the Tour of Flanders in 2010, and Cancellara’s infamous attack on the Muur, has now settled into the halls of cycling lore.

Beyond Roubaix and Flanders, the palmarès of the two riders have often been compared in the debate over who was the better rider.

While Cancellara may be remembered for his 16 world and national time trial titles, alongside his 29 days in the Tour de France yellow jersey, his overall tally of wins trails Boonen. The Swiss time trial star took 89 career victories against Boonen’s 118, though with his Milan-San Remo victory Cancellara did take three different Monument titles against Boonen’s two.

Beyond the stars of road cycling, Rouleur Live will see stage events featuring well-known figures from the industry such as Rapha founder Simon Mottram and fashion designer Sir Paul Smith.

Away from the stage events, Rouleur Live will play host to over 45 cycling brands exhibiting their flagship products and new releases, which in 2021 included Pinarello, 3T, Wahoo and Lotus.

Rouleur Live takes place from 3rd to 5th November, and tickets are available from Rouleur.cc (opens in new tab), starting at £40.