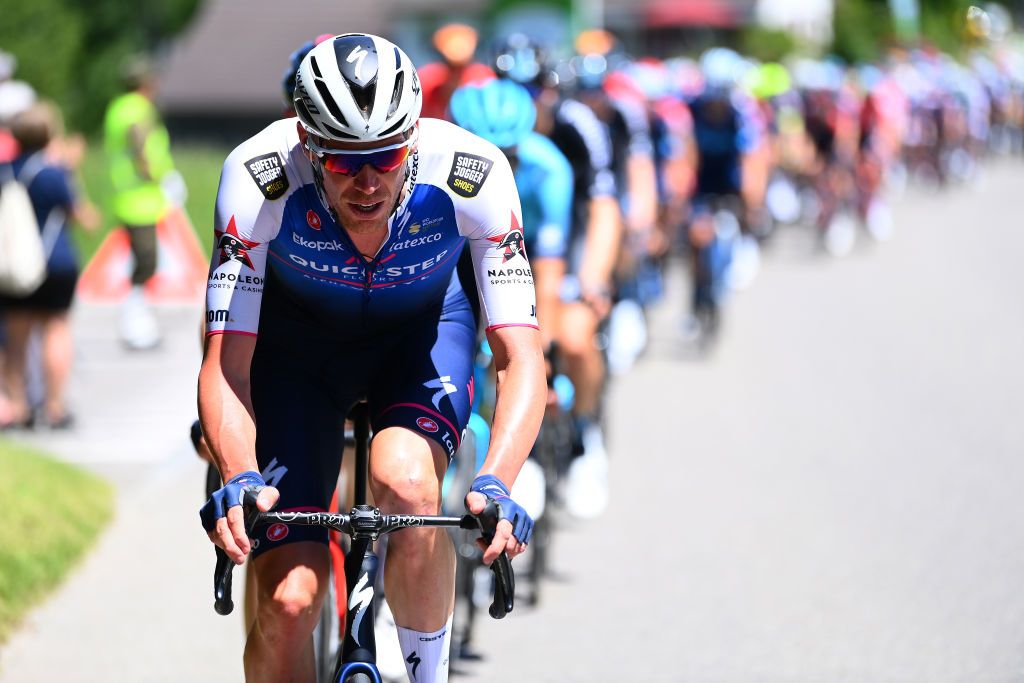 Following the announcement of their Tour de France squad on Monday, Belgian squad QuickStep-AlphaVinyl have been forced into changing their plans just three days from the start of the race after key domestique Tim Declercq tested positive for COVID-19.

The Belgian, who was expected to form a crucial part of the eight-man QuickStep squad in France, was already in Copenhagen for the start of the race before returning a positive test at the testing round taken three days ahead of the Grand Départ.

QuickStep-AlphaVinyl have called up Florian Sénéchal as a replacement.

On Monday, the French champion was named as one of two reserve riders, alongside 2021 green jersey winner Mark Cavendish.

Neither rider fits Declercq’s profile in terms of pulling the peloton and chasing breakaways in the early phases of stages, but Sénéchal, a Classics specialist with a quick finish, can slot into the lead-out train for selected sprinter Fabio Jakobsen.

Sénéchal had reacted with disappointment to the news that he was not part of the initial eight-man team, especially after winning the French road race title on Sunday.

“I had hoped that being champion of France would change the game, but even for the world champion it doesn’t matter,” he said referring to compatriot Julian Alaphilippe, also not in the squad.

“The team informed me that they wanted to select Danes for the Grand Départ in Copenhagen to give a good image,” he added, with Kasper Asgreen, Michael Morkov, and Mikkel Honore making it three Danes in the line-up.  “I can understand it – marketing is important too. It’s a big advertisement, the Tour de France.”

Declercq’s positive test represents another setback in what has been a year to forget for the 33-year-old. It’s the second time this season he has tested positive for the virus, following an infection in February at the Saudi Tour.

He then contracted pericarditis, forcing him to miss the Opening Weekend and much of the spring Classics. Following a return to racing at the Tour de Hongrie, the Tour de Suisse, and the Belgian National Championships road race, he’ll now miss his major goal of the summer, the Tour.