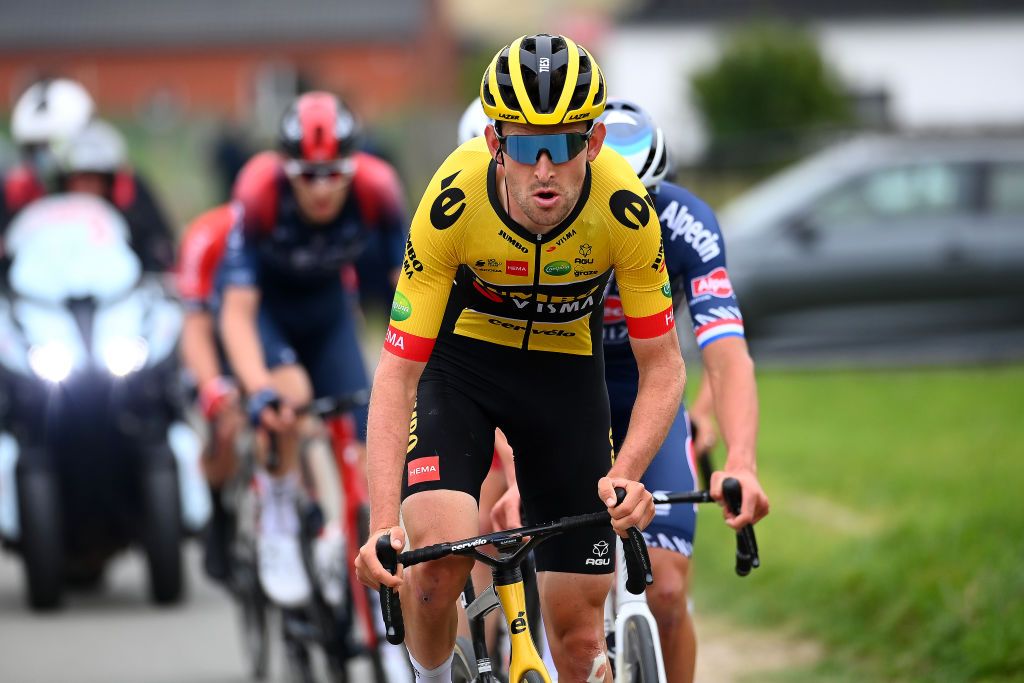 Tiesj Benoot has revealed the scary details of the recent training crash that left him with a fracture vertebrae in his neck, explaining that he was involved in a high-speed collision with a car driver.

Benoot was training near Livigno, in the Italian Alps on Monday when he suffered the crash. He issued a statement from hospital on Tuesday to confirm he’d fractured a vertebra in his neck but was “never in a life-threatening situation”.

The Jumbo-Visma rider told Belgian newspaper Het Laatste Nieuws (opens in new tab) that he will be required to wear a neck brace for the next six to 12 weeks. He revealed the dynamic of the collision.

“I was descending on a long straight. I wasn’t even going that fast. I reached something like 67 km/h. Suddenly, the car crossed a parking lot. Either they didn’t look or they thought they could pass quickly – I don’t know,” Benoot said.

“I rode straight into it and was barely even able to brake. The door of the car was dented, the mirror came off, the windows were broken.”

Benoot was reportedly unconscious for quarter of an hour before being airlifted to hospital. He was given morphine but scans ruled out any serious internal bleeding.

He was also able to self-diagnose what was the most pressing concern, with any damage to the spinal column carrying a risk of impaired movement or paralysis.

“Fortunately, I was able to move my hands and feet on the spot. That was a relief,” Benoot said.

“A few millimeters or even micrometers and it could have been a different story. Although I will undoubtedly still be frustrated in the coming days when I see my colleagues racing, I am actually very grateful and happy that I can still tell the tale.”

Benoot, who recently finished third at the Clásica San Sebastián after helping Jonas Vingegaard to Tour de France glory, will not race again this season as he recovers from his injuries, which include concussion, bruised ribs, and stitched wounds where glass was removed from his hip and elbow.

To allow the neck fracture to heal, he will have to wear a neck brace for at least a month.

“The diagnosis they gave me in Italy is that I have to rest for six to 12 weeks with this brace,” he said, adding that he’ll get a second opinion once back in Belgium.

“I’m still young so I hope I can take that thing off after six weeks.”

How To Create A Home Gym On A Budget