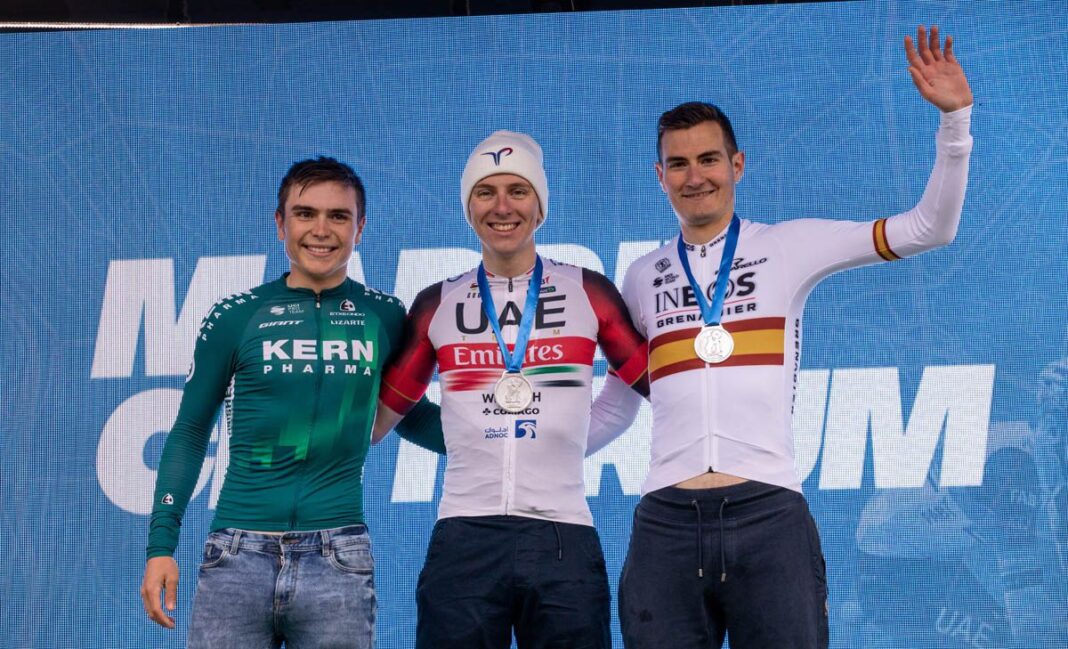 Held in wet weather in the Spanish capital this weekend, Pogačar’s UAE Team Emirates teammate Juan Ayuso scored the victory in a 30-lap elimination race, with Jonathan Lastra (Caja Rural) in second and the Slovenian in third.

But Pogačar struck back in the 35-lap road race, attacking with two laps to go on the Paseo de la Castellana to the delight of a crowd estimated at roughly 1,000, for a solo victory. His third and first places allowed him to claim the overall title.

Before the criterium, there was a minute’s silence held in honour of Italian racer Davide Rebellin, who died when he was struck by a vehicle while training earlier this week.

Speaking the previous evening to reporters, Pogačar confirmed that he would be making the Tour de France and the World Championships his main targets for 2023.

He also said that a decision on whether he would return to the Vuelta a España, where he took third in 2019 in his first and only participation to date, would be taken in the team’s upcoming training camp.

Held for the first time this year, the Madrid Criterium has been hailed as the first ever to be held on the streets of the Spanish capital, and it is currently one of just a handful of such off-season events still currently celebrated in Spain.