Tadej Pogačar: I’m living my dream and doing what I love 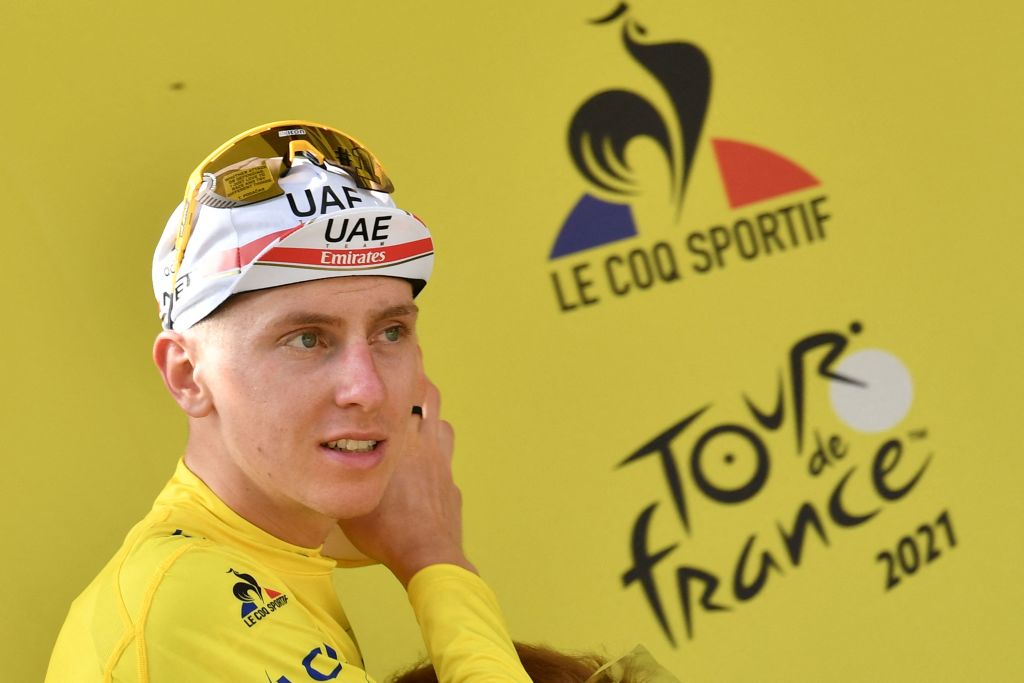 Tadej Pogačar returns to racing at the Bretagne Classic-Ouest France on Sunday, unsure of his form after celebrating a second Tour de France victory and a bronze medal in the Olympic road race, but still the same down to earth 22-year-old Slovenian who again won the sport’s biggest race with apparent ease.

The UAE Team Emirates team leader recently signed a new contract that makes him the highest earner in the sport, with an estimated salary of six million Euros per season for the next six years.

So far in 2021 he has won the UAE Tour, Tirreno-Adriatico, the Tour de France, and the Tour of Slovenia, as well as winning his first Monument after beating Julian Alaphilippe at Liège-Bastogne-Liège.  Yet he is not racing for money, fame, or attention.

“I never consider myself a star,” he said modestly, despite recently being feted in his hometown of Komenda, north of the Slovenian capital Ljubljana.

“People recognise me but I’m not a top sports star, I’m just a bike rider,” he added.

“I’m living my dream, doing what I love. I’m riding my bike and I’m good at it. That’s my dream come true. I have some great support from my girlfriend, my family and my friends. We’re having a good time together and this is all I need.”

Pogačar’s down-to-earth nature seems to be one of the reasons for his success. Enjoying racing is another. After a month away from racing, he is keen to go again.

He will ride Bretagne Classic-Ouest France to test his form and then target the time trial and road race at the European Championships in Trento, Italy.

The World Championships in Flanders are also a goal before he ends his season at the Italian Classics and Il Lombardia on October 9.

“I did celebrate my Tour de France victory a bit, so I’m not really sure about my condition. I stayed off the bike for a week. Then I calmly resumed training. I did a bit of cycling, enjoying the summer, the beach, and the little things in life.”

Pogacar pushed back against riding the Vuelta a Espana and so his immediate ambitions are minimal. He is looking to have some fun in Plouay before stepping up his ambitions at the European Championships.

Pogačar’ proved his time trial credentials when he snatched victory at the 2020 Tour de France from fellow Slovenian Primož Roglič on the stage to La Planches des Filles. He has never targeted a time trial championship but he won the early time trial stage at this year’s Tour de France in Laval.

His outstanding ability against the clock could mean he is a contender on the out and back 22.4km valley course in Trento, challenging Filippo Ganna (Italy), Remco Evenepoel (Belgium), and reigning European champion Stefan Kung of Switzerland.

The twisting, hilly Leuven World Championship course does not really suit him but he insisted he plans to ride the road race as well as the time trial to Bruges.

“I’d like to ride the Worlds. I think it’s a privilege to ride for the Slovenian national team and I’ve always loved the World Championships,” he said.

Looking further down the road to his Grand Tour career, Pogacar is also keen to target the Giro d’Italia one day, perhaps when the Italian Grand Tour dips into neighbouring Slovenia, and the Vuelta a Espana. Of course, defending his Tour de France victories are always likely to be a priority for Pogacar and UAE Team Emirates.
Still in the early years of his career, he seems to enjoy discovering new races and new challenges.

“I don’t know what my future will bring, I go from race to race, I enjoy my racing,” he said.

“I’ve still got a lot of different races to compete in, races that I haven’t tried yet, like Plouay.

“I want to do some different stuff to see what I can do. For sure I want to try to win some Grand Tours, especially the Giro, and the Vuelta, which I haven’t won yet.”

6 Cable Exercises For a Bigger Back – Gym Body Motivation

8 Tips on How to Stop Eating Junk Food