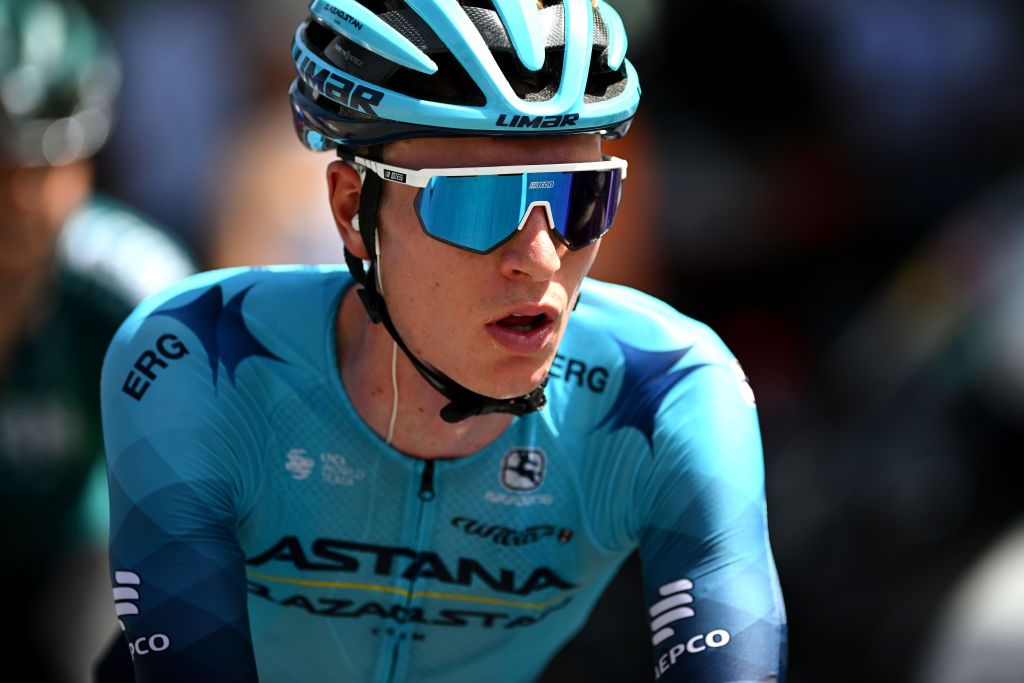 EF Education-EasyPost added South African talent Stefan de Bod to its roster for the next two seasons. De Bod has 10 years of racing experience, having excelled in time trial disciplines from his junior days.

The 25-year-old South African is the fifth signing for the US-based WorldTeam for next season, having confirmed Ineos Grenadiers teammates Richard Carapaz and Andrey Amador, Drone Hopper-Androni Giocattoli duo of Andrea Piccolo and Jefferson Cepeda as well as Mikkel Honoré from QuickStep-AlphaVinyl.

De Bod started his pro career in 2016 with Dimension Data, and was with the programme when it moved to WorldTour status in 2019. De Bod rode his first Grand Tour at the Vuelta a España when the team participated as NTT Pro Cycling in 2020. He continued at the highest level for the next two seasons with Astana.

“Stefan is a rider I’ve watched for quite a while. He’s an underrated talent that can be a key asset to a team like ours trying to focus on big results in hilly races,” said EF Education-EasyPost CEO Jonathan Vaughters.

“His time trialing had gone under the radar, but is an example of his level of talent. My hope is we bring him up to his potential, and he becomes invaluable within this team.”

It is in the time trial discipline where De Bod has excelled consistently throughout his career. Four times he has taken the silver medal in the elite time trial national championships, including in 2016 when he rode in the event as a 19-year-old. Three years later he moved onto the WorldTour stage.

“My first professional year was 2019 and I only had a three-month tourist visa in Europe so that was a really challenging year. I did so many races like the Tour of Turkey and the Tour of Guangxi to get more racing days. Then 2020 was Covid so I don’t need to say much about that,” De Bod recounted in a team press release.

“This year had a difficult start because of sickness. In the last couple of years, I feel like much of the time it was difficult but I still pushed to get good results. For the future, it shows that I can do a lot if I can reach my full potential. I’m proud that I’ve gotten through these years and that I’ve learned a lot about perseverance and grit.”

In his final season with Astana Qazaqstan, the South African placed seventh at the time trial at the UAE Tour in February, placed in the top 10 at the Sibiu Cycling Tour time trial and the prologue at the Tour of Slovakia. He admits he does not consider himself a TT specialist. He just likes to put his head down and prove his strength on any course.

“For sure time trialing is one of my specialities but I don’t think I’m a time trial specialist. I can do good results and potentially win but I won’t call myself a specialist,” he said.

“Of course, there is aerodynamics and maybe one guy is more aero than another but at the end of the day, it’s about who is the strongest and who can dig deepest to get to the finish line the quickest. That’s a good feeling. But I don’t think anyone enjoys that last couple of kilometres of a time trial.”

He reunites with former Astana and Dimension Data teammate, Eritrean Merhawi Kudus, who joined EF Education this past season to add climbing prowess. They will take part in a team camp in December, at which time schedules and goals will be developed for the 2023 season. Until then, he will spend time off the road bike at his parents’ home in South Africa.

“It’s just a really nice feeling to be able to ride in amazing places across the world, to see incredible nature. In some of the places I go mountain biking in South Africa, there are places a car just can’t take you. For me, riding a bike is just a part of your life. It’s one of the best things that exist.”

Charlotte Instructs George to Bow at the Queen’s Funeral

How To Treat Dry Hair, According to Stylists| Well+Good