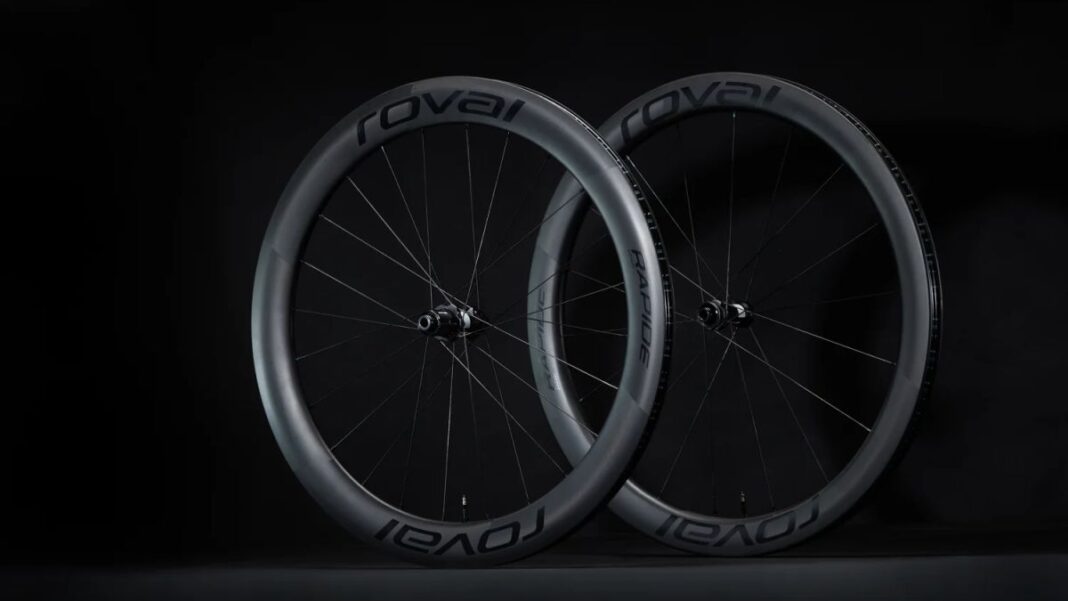 Here at Cyclingnews, we recently spent some time in the wind tunnel with 10 sets of wheels and found that between best and worst, the difference was fewer than two watts at 30kph. With that in mind, our concluding advice was to ‘get in the ballpark’ with a budget set of aero wheels and spend the difference elsewhere. For anyone heeding that advice, there’s a new option to consider, as Roval has today unveiled a new, cheaper version of its go-fast performance road race wheel.

Known as the Rapide CL II, the new wheelset will use the exact same rims as its more expensive sibling, the Rapide CLX II, but paired with a cheaper hub using cheaper spokes for a more affordable overall package.

The use of the same rims as the Rapide CLX II means the Rapide CL II wheels boast the same claims of tubeless compatibility as their stablemate. With a hooked bead, they are compatible with all tubeless-ready tyres and can be safely inflated to 110psi, though maximum pressures vary by tyre size. Commonly used pressures will likely fall well below this figure anyway.

Specialized claims the rims ‘almost double’ the current industry impact standards, thanks to an extensive period of research and development that ensued following a problem found in late 2019. This came when Peter Sagan hopped onto a kerb during testing of the original Rapide CLX wheels. He hit the kerb, cracked the rim, and the tyre came off in an instant. Specialized decided that despite passing impact resistance tests, this wasn’t safe enough and set about redesigning them, but not before releasing those wheels as ‘inner tubes required’.

The rims also boast the same dimensions as their more expensive siblings, pairing a wider and shallower front wheel with a deeper, narrower rear. The front wheel measures 51mm deep, with a particularly wide 35mm external width. The rear measures 60mm deep, but is slightly narrower at 30mm. Despite the differences, both feature a 21mm internal width. They are optimised for use with 26mm tyres but can handle anything from 24mm to 38mm. Specialized says that tyres up to 35mm can be run at a maximum of 110psi, but those running 36mm or higher should not exceed 60psi.

Roval says that by focussing on stability rather than straight-line speed, in the real world, the Rapide CL II is faster than most 65mm wheels, and 25% more stable than its now-two-generations-old CLX50 wheelset.

While the rims remain the same, the rest of the wheel is where Roval has found the cost savings. This does come with a weight penalty, albeit a small one.

Both use hubs from rival wheel brand DT Swiss, but while the top-tier wheels use the lighter-weight Ratchet EXP hubs, the Rapide CL II opts for the more affordable DT 350 hubs. Lacing the rims to those hubs is also handled by DT Swiss, with its Competition Race Straightpull spokes – a downgrade from the DT Swiss Aerolite – with 18 spokes at the front and 24 at the rear.

Specialized’s claimed weight for the Rapide CL II wheels is 1,590g. Despite their spec differences, this is just 70g heavier than the CLX II.

Who Are the Vampire Academy Cast Members Dating?