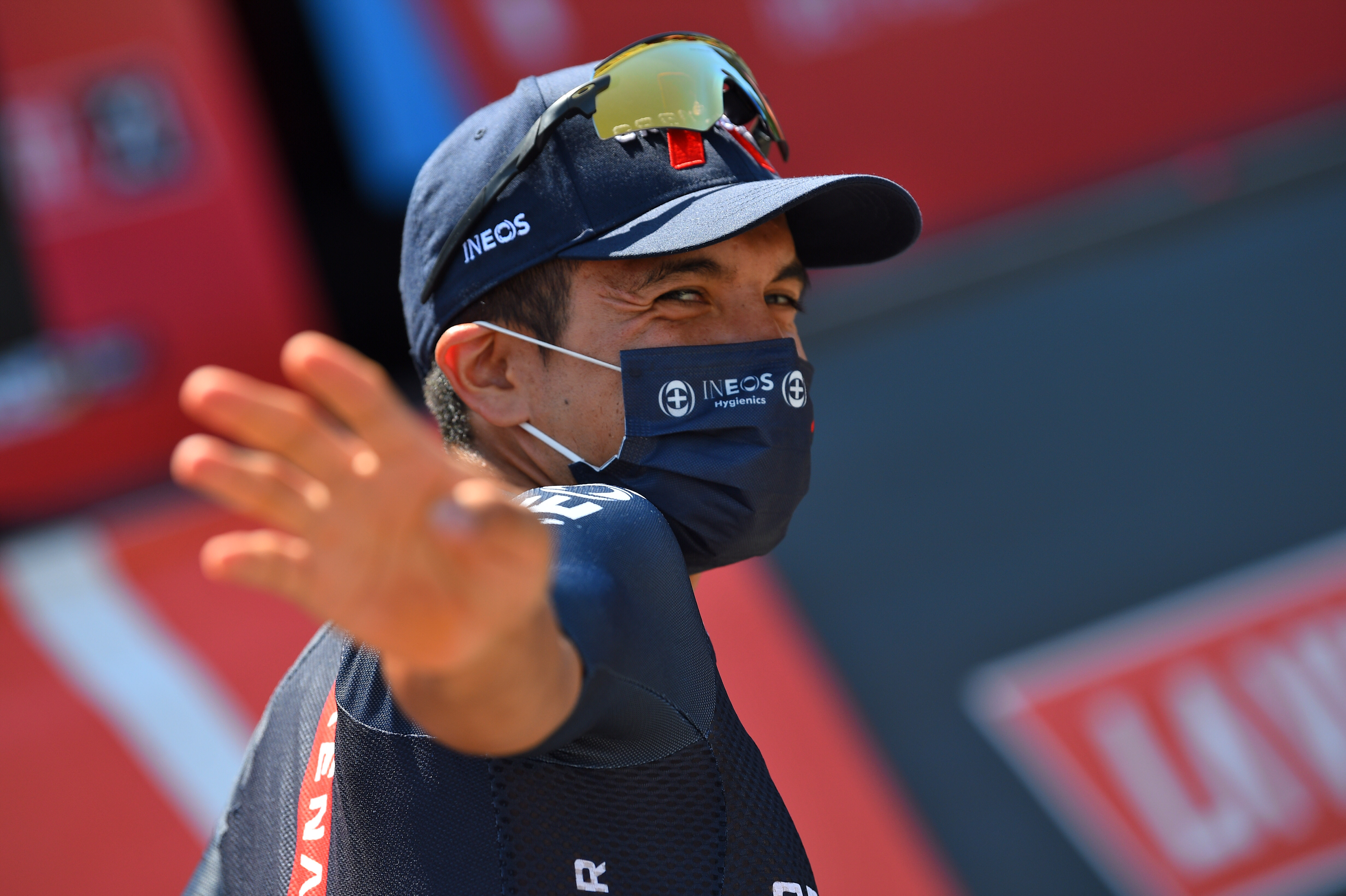 Olympic road race champion Richard Carapaz was forced to quit the Vuelta a Espana on stage 14 after suffering due to fatigue in the blistering heat.

The 28-year-old, who took a stunning victory in the men’s road race at the Tokyo Olympic Games, came into the Vuelta a Espana as a possible contender for the overall standings. He finished second to Primoz Roglic (Jumbo Visma) last year but was never able to hit his top form during the opening two weeks in Spain this time around.

After finishing third in the Tour de France in July the Ineos Grenadiers rider struggled during the opening stages of the Spanish Grand Tour and it soon became obvious that he would ride in support of either Adam Yates or Egan Bernal as the race opened up.

He came into stage 14, a crucial mountain stage, in 49th place overall and was already in difficulty on the first climb of the day. Carapaz was seen riding at the rear of the peloton and by the time the main contenders reached the final ascent of the stage his race was all but over.

“I wanted to support the team here at the Vuelta a España and have gone out there everyday and given it my all, but unfortunately I’ve suffered with the heat and have ended totally empty,” Carapaz said on Sunday morning in a short statement released by his team.

“Now I’m going to recover and reset my goals. I am very proud of what I have achieved this season, and will work hard to build on this and keep moving forward, and will fight to achieve more success.”

Along with his podium finish in the Tour de France and Olympic gold medal, Carapaz has enjoyed a memorable season. He won a stage and the overall at the Tour de Suisse and during the Tour de France he was one of just two riders who looked capable of at least taking the race to run-away leader and eventual winner Tadej Pogacar.

Ineos Grenadiers head into stage 15, another key mountain stage, with Egan Bernal seventh and Adam Yates eighth in the overall standings. Both riders have been inconsistent in the race so far with Roglic, third overall, the favourite to win his third straight Vuelta a Espana crown.

Top 10 Celebrities Who Left Hollywood For A Normal Life

Oldest Steakhouse In Hollywood Is A Celebrity Favorite