Remco Evenepoel races on at Benelux Tour despite illness 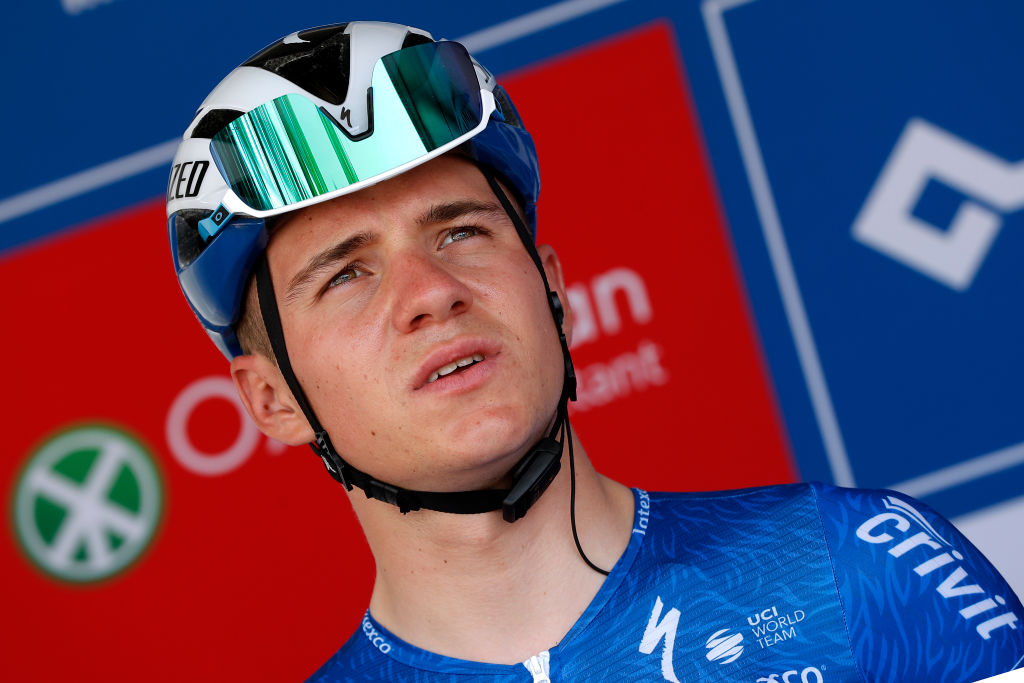 Remco Evenepoel (Deceuninck-QuickStep) has been able to continue in the Benelux Tour despite a stomach problem disrupting his performance in Tuesday’s time trial and ending his overall hopes, just a week before he targets the European time trial and road race championships.

Evenpoel was hoping to impress on home roads and secure a place in the Belgian team for the Road Race World Championships in Flanders but a stage 1 puncture cost him a place in the front echelon and then he lost more time in the time trial, dropping him to 37th overall at 1:36.

The 21-year-old Belgian was unable to eat before the time trial and was considering quitting the race. But he started Wednesday’s stage in the hope of recovering and racing on until the final stage on Sunday.

“I slept quite well last night and sweated a lot too. I dressed warmly to sweat out the toxins,” Evenepoel said at the stage start.

“This morning I also had something to eat. My stomach is not 100 percent yet but it’s probably good enough to ride today.”

“I’ll just ride along, not do anything special. I hope to be better by the weekend so that I can help Kasper Asgreen in the overall classification.”

Asgreen is currently second overall, after finishing fourth in the time trial, just 19 second down on leader Stefan Bissegger (EF Education-Nippo) but with the ability to emerge during the hilly stage in the Ardennes and then Sunday’s final stage over the Muur de Geraardsbergen.

Evenepeol has been selected for the Belgian team for the European Championships in Trento, Italy but has still to secure a place in the team for the World Championships in Flanders. National coach Sven Vanthourenhout has named Wout van Aert as team leader and seems worried that Evenepeol could destabilize his race strategy even if he does offer an alternative.

Evenpeoel is likely to secure one of the places for the time trial but miss out on the road race. He is keen to ride on home roads but has avoided putting Vanthourenhout under pressure.

“If he wants me to focus on the time trial, I will. Then another rider can take eighth place in the road race. I’m not going to cry if I’m not selected,” Evenpeoel said.

“Sven has said that Wout van Aert is the only leader, that is his decision. Everyone has to accept that and then maybe other riders are better suited for that job. Of course I would like to be there in my own country. If not, then I will focus on further goals: Lombardy and especially next season.”

Evenepoel crashed out of the 2020 Il Lombardia, going over a low wall and into a ravine. He fractured his pelvis and was forced to take time off the bike in the new year after pain slowed his recovery. His recent success indicates Evenepoel is back to his best and he wants to return to Il lombardia to put any doubts about his descending skills and racing psychology behind him.

“I want to go back there to get through that mental battle, without thinking about the result,” he said.

“Just starting the year after that heavy fall is important to mentally close a tough period. Once the race  starts, I don’t want to think about it anymore. I won’t be afraid.”

Il Lombardia will be held on Saturday October 9 with other hilly Italian one-day races during the week before and the Giro del Veneto, the Veneto Gravel race and the Veneto Classic races bringing down the curtain on the European road race season.

5 Types of Manipulative Behavior You May Not Recognize