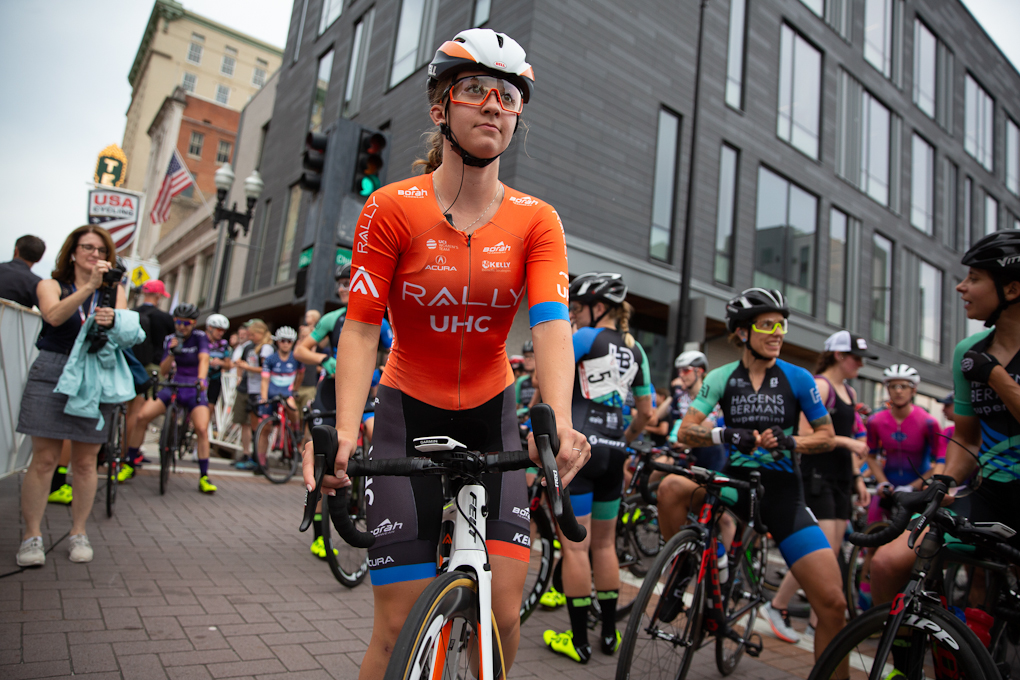 Rally Cycling are “on a high” after taking a giant win in the wealthy women’s Grant Park Criterium, and they are eager to transition back to stage racing on American soil. Olivia Ray, who won the richest one-day race for women in North America on Sunday, will be part of a six-rider lineup that includes Olympic Games bronze medallist Emma White for the four-day Joe Martin Stage Race.

After a one-year interruption due to the COVID-19 pandemic, the Joe Martin Stage race returns for its 44th campaign, from August 26-29, with 12 women’s teams charging through the Ozark Mountains and Fayetteville, Arkansas.

It’s not only a welcome return to UCI road racing in the US for the team, but a memorable one for White, now in her sixth season with Rally Cycling. As a teenager when she first rode with the pro team in 2016, she finished third on stage 2, and second overall in the best young rider classification.

“I have not raced a stage race since last summer, and not a domestic one in two years, so I am so excited to be back at Joe Martin. It was actually my first pro race when I was a junior. I’m excited to go back there and mix it up with the team again,” White told Cyclingnews in Atlanta, where she finished ninth at the Grant Park Criterium.

“Of course, without having been in any road races with my team really in the last year and a half, it was nice to just be back with them and mixing it up with them and giving it everything I have for them.”

White had changed her focus from road racing to track racing from 2020-2021, which resulted in a bronze medal ride in the Team Pursuit at the Tokyo Olympic Games alongside teammate Lily Williams. The two competed at US Pro Road Nationals in June, finishing in the field of the road race.

The Rally Cycling women are looking for their first podium on the road this season. While Clara Koppenburg, who was fourth overall at the Vuelta a Burgos Feminas in May, is not on the US squad for the Arkansas showdown, a solid group joins White and Ray – Heidi Franz, Madeline Bemis, Holly Breck and Sara Poidevin.

The last win for Rally Cycling in a US stage race was by Franz, who was the best on stage 2 at the 2019 Tour of the Gila. Her teammate White was third in the points and best young rider classifications.

In the past week, Bemis, Breck, Ray and White competed in the three opening criteriums of USA Speed Week, Ray winning the Grant Park Criterium in Georgia, which offered the richest prize purse of a one-day race in North America, $20,000 plus primes. Racing in the heat and humidity of the deep South, as well as scoring a big victory, may prove helpful for four days in Arkansas.

“The feelings are good with the return to a domestic UCI race. The team is on a high after winning Grant Park in Georgia on Sunday. We’ll carry this momentum into Joe Martin with confidence,” Andy Bajadali, team director, told Cyclingnews.

“The key stages on paper for GC are stages 2, 3, 4, with hills being the main challenges. Of course, one of the main challenges here in Arkansas will be the heat and humidity. For us, we’ll look to the speed within the team and focus on the opportunities that are presented.”

That first opportunity will be Thursday’s stage 1’s Mount Gaylor Road Race, a 60-mile route with 3,700 feet of climbing. Stage 2 race organisers call the finish “a punch in the gut with only 2km to go”, is the 67-mile Mount Sequoyah Road Race with 4,612 feet of elevation gain.

Saturday’s Devils Den Time Trial is the same course for the women and the men, three miles of switchbacks at a stage park with an average gradient of five per cent. Like past years, the final day is a criterium in downtown Fayetteville, considered a technical 1.2-mile course with an uphill section leading to the start/finish.

“Stage 2 will be an opportunity to open up the race with the climbs on offer with a mid-race move. Stage 3 is the uphill time trial, so it’s crucial for the GC riders to put in their best effort. I don’t expect the gaps between the top riders to be huge, but it could be significant in the end,” Bajadalli said.

“Stage 4’s criterium is really difficult! The gaps can be huge if you lose contact with the group. The finish hill is the main obstacle and it almost guarantees a battle for the GC if the classification is tight.

Coming off the epic criterium win in Atlanta by the reigning New Zealand crit champion, White said they were ready to continue the momentum.

“Everybody worked really hard to get Olivia that win, so the whole day was about protecting her and saving her and we were able to use the team that we had, the small but mighty team, to set her up for the win. This program is so special and being back with the team is always a lot of fun.”