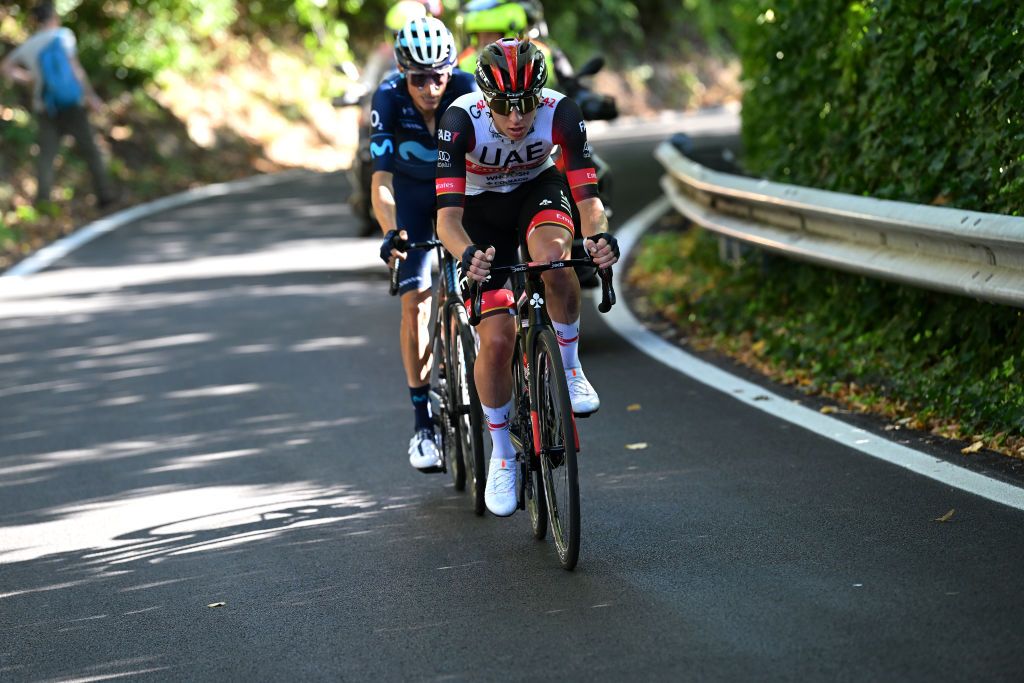 Tadej Pogačar may have missed out on the victory at the Giro dell’Emilia but the reigning Il Lombardia champion said that he’s still in much better form than he was last autumn.

Enric Mas was the strongest man on the steep slopes of the San Luca climb, leaving Pogačar in the dust as the Movistar man sped away to victory. It’s the Spaniard who looks to be in the best form a week out from Il Lombardia, but Pogačar wasn’t worried after recording a DNF at the same race a year ago.

“Compared to last year it’s much, much better in this race,” Pogačar told CyclingPro after the race, comparing his form in the lead-in to Il Lombardia over the past two seasons.

“So, I’m happy that I improved in this particular race. I’m looking forward to Wednesday and next Saturday.”

He’ll take on the midweek Tre Valli Varesine before closing out his season at the final Monument of the season next Saturday. As well as facing Mas again, he’ll be up against the retiring Vincenzo Nibali and Alejandro Valverde plus a host of other top names like Julian Alaphilippe, Tour de France champion Jonas Vingegaard, and Adam and Simon Yates.

Pogačar benefitted from a strong display by his UAE Team Emirates squad at the Giro dell’Emilia, with the likes of Rafał Majka and Diego Ulissi keeping the race under control during the final circuits around Bologna.

He and Mas jumped away from an elite lead group on the penultimate climb of San Luca, with Mas putting the double Tour de France champion in some trouble at the top before going solo with no response from Pogačar the next time around.

“The team believed in me and I’m really grateful for them,” Pogačar said. “They did a really good job, but in the end Enric was much. much stronger in the final climb. I’m happy with the result.

“I must admit that he was better. It was a really great race, a really nice finish, and I’m happy with the shape.

“I won Il Lombardia last year,” he concluded. “It was on a different course. This year we’ll go with the same mentality there for the final race of the season.”

How To Strength Train Your Legs For Dance

The 5 Best Candles To Support Relaxation Before Bed