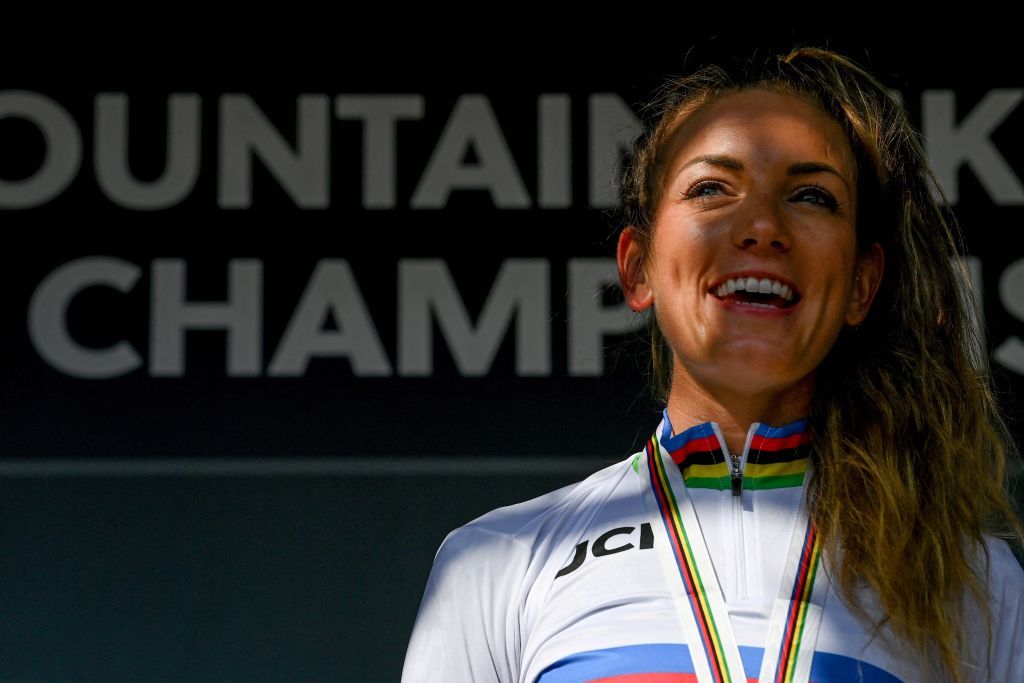 Pauline Ferrand-Prévot is set to sign a contract to race with Ineos Grenadiers beginning in 2023. The multi-discipline world champion could become the first female rider to compete for the British outfit as part of an new off-road campaign, according to multiple news reports.

Ferrand-Prévot currently races with Absolute Absalon–BMC on a contract she signed for the 2021 and 2022 seasons, forgoing her previous endeavours in road racing and cyclo-cross, with a sole focus on mountain biking.

She simultaneously holds three world titles, having won the elite women’s XCC short track and XCO cross-country in August in Les Gets, France, along with the XCM marathon in Haderslev, Denmark in September.

Ferrand-Prévot is the first to win all three titles in the same season, and she is aiming to add a fourth world title to her collection of accomplishments this season at the inaugural UCI Gravel World Championships in Veneto, Italy on October 8.

Ineos Grenadiers are one of the richest teams on the WorldTour and have been criticised over the years for not creating a women’s squad.

However, that could change with reports of a new mountain bike programme that would suit Ferrand-Prévot’s off-road career goals. Reports of Ferrand-Prévot’s possible move to Ineos were published in Velonews (opens in new tab) and Tuttobici.

Cyclingnews has reached out to Ferrand-Prévot’s representatives as well the Ineos Grenadiers team. Both have declined to comment on reports of Ferrand-Prévot joining the team in 2023.

Tom Pidcock currently races for Ineos Grenadiers in a full road season while also racing under the team colours in cyclo-cross and mountain biking, and would undoubtedly be part of this programme.

He is reigning world champion in elite men’s cyclo-cross and won gold medals in the XCO cross country event at the Tokyo Olympic Games and European Championships while representing Great Britain.

Ferrand-Prévot has not confirmed whether she will reignite a road racing and cyclo-cross career. She has focused on mountain biking for the past two season but she is one of the most versatile riders in the sport.

She raced on the road for Rabobank from 2012 through 2016 before joining Canyon-SRAM from 2017 through the end of 2020. However, she last raced on the road in 2018. She was diagnosed with double iliac artery endofibrosis in November 2018 and underwent two separate surgeries in 2019 and 2020 from which she has fully recovered.

She was part of the France national team that won world titles in the team relays in 2014, 2015 and 2016, to add to her sparkling career.

The Heavy-Duty Life and Career of Dorian Yates