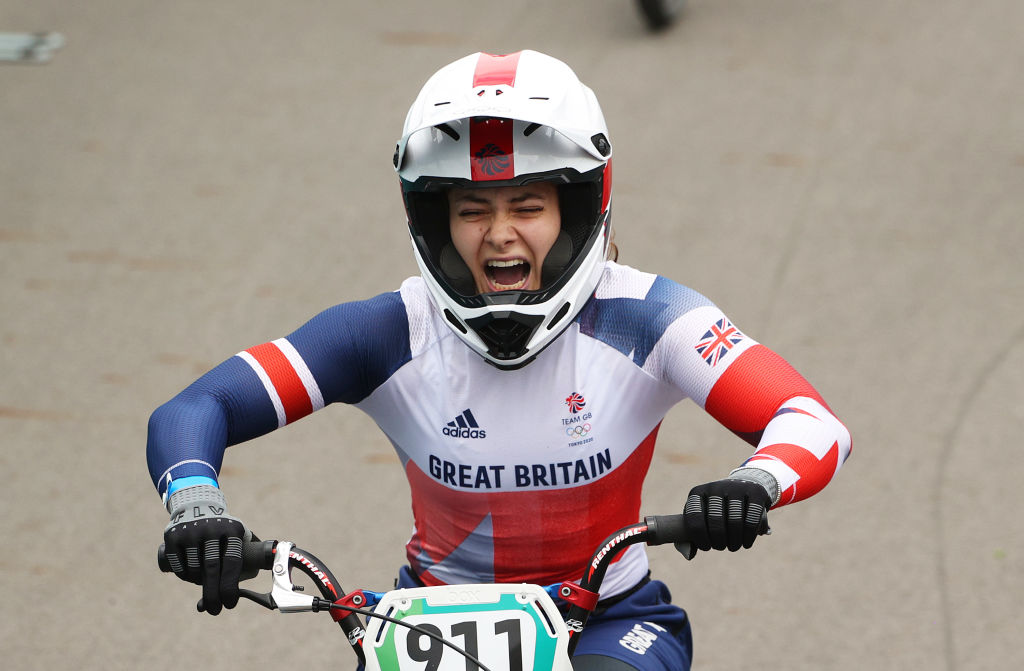 Olympic Games gold medallists Bethany Shriever (Great Britain) and Niek Kimmann (Netherlands) continued their run of success at the 2021 UCI BMX World Championships in on Sunday, with Shriever taking to the lead early to sail through a crash marred women’s race while Kimmann held off his rivals to enjoy a victory celebration in front of his home crowd.

In the women’s elite race it looked like Shriever would have to face a staunch challenge, with defending world champion Alise Willoughby (United States) and teammate Felicia Stancil among those that were quick out of the gate. However, quickly moving into that front position on the opening straight meant the 22 year old Shriever was clear of trouble when Stancil crashed, along with Zoe Classens (Switzerland) and Willoughby, on the exit of the first corner.

Among those who escaped unscathed were Judy Baauw and Laura Smulders, both from host-nation of the Netherlands, but they had little chance of pulling back the substantial gap to Shriever who charged toward the finish line with clear air and crossed with a huge margin.

“Another gold medal – I can’t believe it,” said Shriever in a statement put out by Team GB. “I’ve been riding consistently all day and I just wanted to go out there and have a good time, like I did in Tokyo.”

“I went in gate eight, I was relaxed and happy. I had an alright start and just managed to dig in and take the win. I’m gassed!”

Baauw took silver ahead of Smulders, who won the race for the rainbow stripes in 2018.

In the men’s elite race the Netherlands ended up adding the gold to their tally. Kimmann, lined up in gate 8 and took the lead early, even with his knee still healing after he crashed into an official who came onto the course during training at the Olympic Games. From the very first corner 2018 winner Sylvain Andre (France) looked like the only real challenger.

Andre kept the pressure on but Kimmann held his ground and crossed the line first on his gold painted bike to make it an Olympic and World Championship double in both the men’s and women’s elite categories. David Graf (Switzerland) claimed the bronze medal.

“Winning at the Olympics was special, but it was without spectators, so now to win and be able to celebrate with the crowd is special,” said Kimmann after winning the World Championships title on home soil. “I appreciate everyone who came over and everyone that was cheering for me.”

Mariane Beltrando (France) won the race for the junior women’s title while on the last turn of a crash-heavy junior men’s race Italy’s Marco Radaelli powered into first place.

World Champion x2 ✅Olympics ✅What a way to end #Papendal2021 with a home win for @niekkimmann pic.twitter.com/Ut337SXezrAugust 22, 2021

5 Event Trends Innovative Planners Should Look Out For In 2022