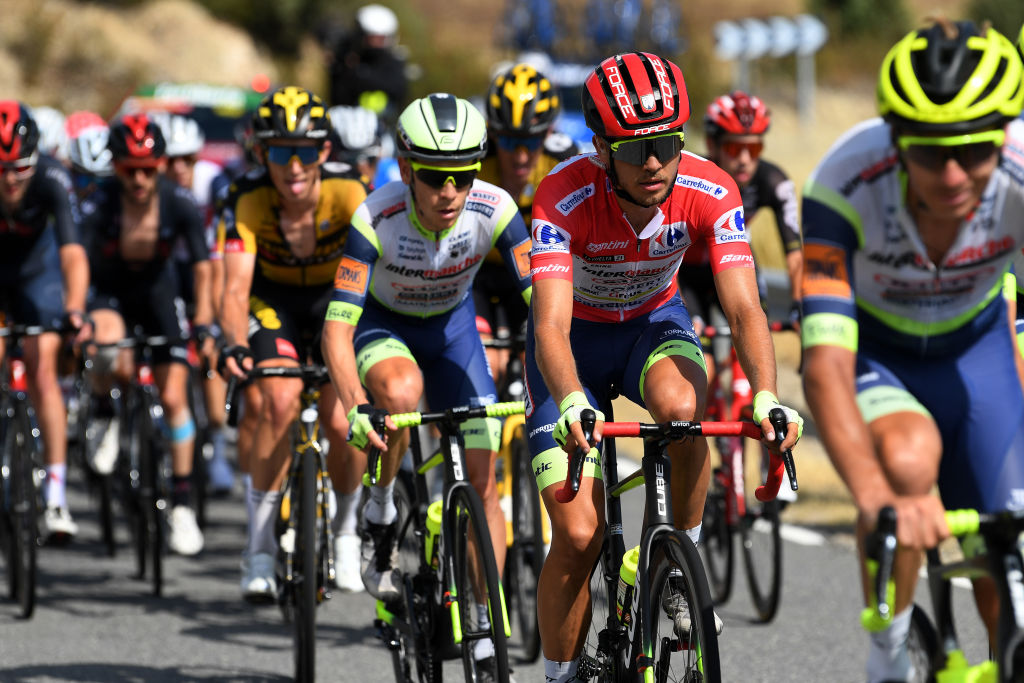 “That’s a big question,” was how Vuelta a España leader Odd Christian Eiking responded on Sunday evening when asked if he thought he could now win the race outright, before settling for an entirely reasonable answer: “No.”

Still,  the Intermarché-Wanty-Gobert Matériaux racer remained with almost as strong a hold on la roja as he had on Tuesday when taking part in a 31-rider break was rewarded with the biggest and most unexpected jackpot of his career to date. And as he said at the end of his leader’s sixth press conference when summing up his chances of staying longer in red than expected, “you never know.”

Furthermore to his and his squad’s huge credit, both the Norwegian and his newly-promoted WorldTour team have done sterling work in defending a lead which they had already taken briefly with Rein Taaramae in the first week, only to lose it in 48 hours in a huge crash at Albacete.

This time round, Eiking has remained in red for six days, and held it through two tough mountain stages as far as the rest day. The chances of him being in the lead at least as far as Lagos de Covadonga, therefore, remain intact.

Asked if he expected to be wearing the leader’s jersey on the Vuelta’s second rest day, Eiking said with his usual forthrightness, “I didn’t expect to be losing it, or winning it. Just six stages in this jersey means a lot, far above my expectations.”

Winning the Vuelta outright, though, remains firmly outside his longer-term goals in the race, he said. And a 54-second advantage over Guillaume Martin (Cofidis) and 1:36 on Primož Roglič (Jumbo-Visma) could well quickly shrivel into nothing on the climbs of Asturias in the third week.

“Normally Covadonga is too hard for me. But I’m still going to fight and see what happens, and normally I thought today was too hard for me to keep the jersey,” Eiking said.

Quite apart from his own individual to go down with all guns blazing, Eiking praised his teammates for working hard all the way though Sunday’s arduous mountain stage, too. Notably more present in numbers than on Saturday on the front, the Belgian squad set down an impressive pace right the way through a very fast, fraught climbing stage, to the point where Adam Yates (Ineos Grenadiers) attacked on the very last ascent before the finish.

But when the big group of favourites got to the finish, Eiking was still one of their numbers. And he took sixth, and remains in the lead, too.

“If  I can keep the jersey for much longer,  it will be amazing. I don’t think with names like Primož Roglič and all the other big names, Grand Tour podium finishers and so on, that it’s possible. But you never know.”

Live Healthy! Understand the Flaws in Our Healthcare