Odd Christian Eiking: I’m not giving away the Vuelta a España lead for free 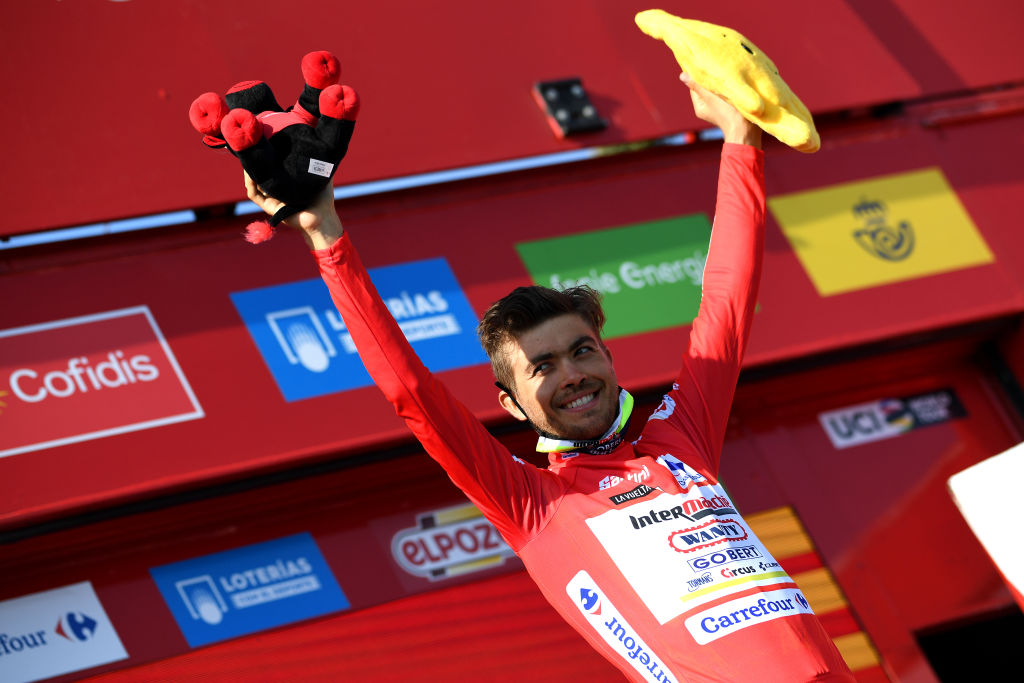 Five years ago when Odd Christian Eiking (Intermarché-Wanty-Gobert Materiaux) was in the thick of his first-ever Grand Tour at the Vuelta a España riding up the Lagos de Covadonga to finish 45th, it would be fair to say that most of the eyes of the cycling world were not upon him.

This time round, though, it’s a very different story.

As a non-GC favourite who is the race leader of the Vuelta a España, when Eiking tackles the Lagos de Covadonga on Wednesday’s stage 17, the Norwegian recognised he’ll have a herculean task on his hands to try and defend la roja.

But after heading the Vuelta for more than a week, he was adamant he’d give it everything he’s got.

“If I’m going to be honest, I think it’s likely going to be too hard, but it might be possible,” Eiking said after stage 16. “I’m getting used to being in the lead. I like to wear it now. So I’m not going to give it away for free.”

Yet when it came to the realistic likelihood of his being able to stay ahead of former King of the Mountains racer Guillaume Martin (Cofidis), at 54 seconds and Primož Roglič (Jumbo-Visma), he added another qualifier: “I’m going to need to be on a really good day to defend this. And I don’t think people will be racing defensively. But you never know.”

Odd Christian Eiking has certainly earned the right to dream about his chances of staying in the lead after his week-long defence, far more successful than many would have reckoned possible.

“I’m already really happy with what I’ve done, and if I can keep it tomorrow [Wednesday] that’ll be a big, big bonus,” he added.

And looking further down the line, he said, even if he is no longer in red, his confidence levels are much higher than they used to be. Although the suggestion that he might one day go so far as to win a Grand Tour was countered with a polite “it’s nice to hear that.”

“In any case, I think I have shown I have at least done something. I might lose 10 minutes every day from now on. So a top-10 on GC would be a big achievement.”

However, first of all comes his return to Covadonga, five years on, and Eiking admitted he was not overly looking forward to the prospect.

“I remember the climb really well. It’s a tough one and we have to do that other climb [the Collado Llomena] before twice. All-in-all it’s going to be a pretty hard day.”

How to Teach Them So They’ll Never Forget

What Some May Not Know