Nizzolo not selected to defend his 2020 European Championship title 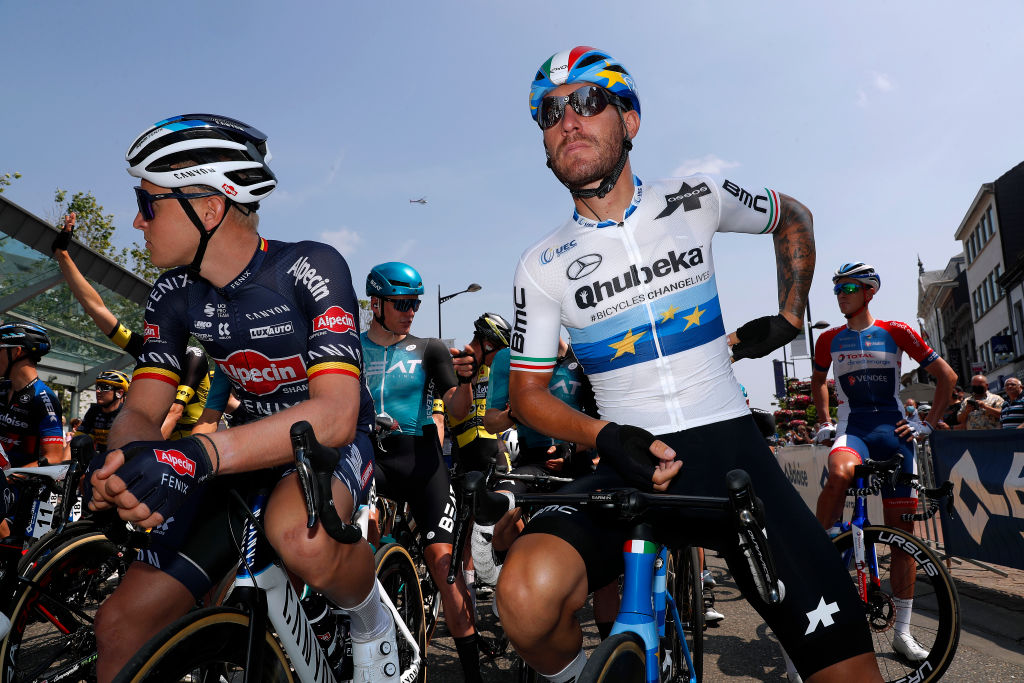 2020 European Champion Giacomo Nizzolo was expected to try to defend the distinctive blue-and-white jersey but was not selected for Italy’s team for the men’s road race in Trento on September 12 for the UEC Road European Championships.

Sonny Colbrelli, Matteo Trentin and Filippo Ganna have been named as leaders as Italian coach Davide Cassani appears concerned that Remco Evenepoel (Belgium) and Tadej Pogačar (Slovenia), among others, will ride aggressively on the long Monte Bondone and the single climb on the local circuits to eliminate the sprinters.

Nizzolo showed his disappointment about not being selected but hinted that Cassani had promised him a place in the Italian Squadra for the World Championships in Flanders later in September.

“If you care about riding for the national team like I do, then it’s natural to be upset when you’re not selected,” Nizzolo told Tuttobiciweb.

“But I’ll be cheering for my teammates from home and I’ve spoken to Cassani and understand his selections. I’ve moved on and I’m thinking about the World Championships. It’s on a Classics course and I think I’ve got a chance and Cassani agrees on that. He’s got a strong and trusted team in mind. I want to show I’m ready.”

Cassani will end his spell as Italian national coach after the European and World championships but is keen to end on a successful note after being embarrassed and sent home early from the Tokyo Olympics by new Italian Federation president Cordiano Dagnoni.

Dagnoni has shuffled his staff ready to name a new elite men’s national coach, with Maurizio Fondriest said to be the favourite for the role under the supervision of new team manager and former Liquigas manager Roberto Amadio.

Italy has won the last three European titles with Trentin, Elia Viviani and Nizzolo, and Cassani hopes Colbrelli and Trentin can use their Classics skills and fast finish to win again.

The 179km elite men’s race includes the 23.7km-long, 5.1 per cent gradient climb of the Monte Bondone, which the peloton crests after 65km of racing, before covering eight laps of a rolling 14km circuit around Trento.

Also in the Italian team alongside Colbrelli, Trentin and Ganna are Giovanni Aleotti, Andrea Bagioli, Mattia Cattaneo, Gianni Moscon, and Diego Ulissi, while Albanese Vincenzo of Eolo-Kometa is the first reserve.

“We’ve won for three years and want to do well again. We’ll have to be united and strong. We’ll have home advantage but we’ll face some good rivals, especially Pogačar and Evenepoel,” Cassani said.