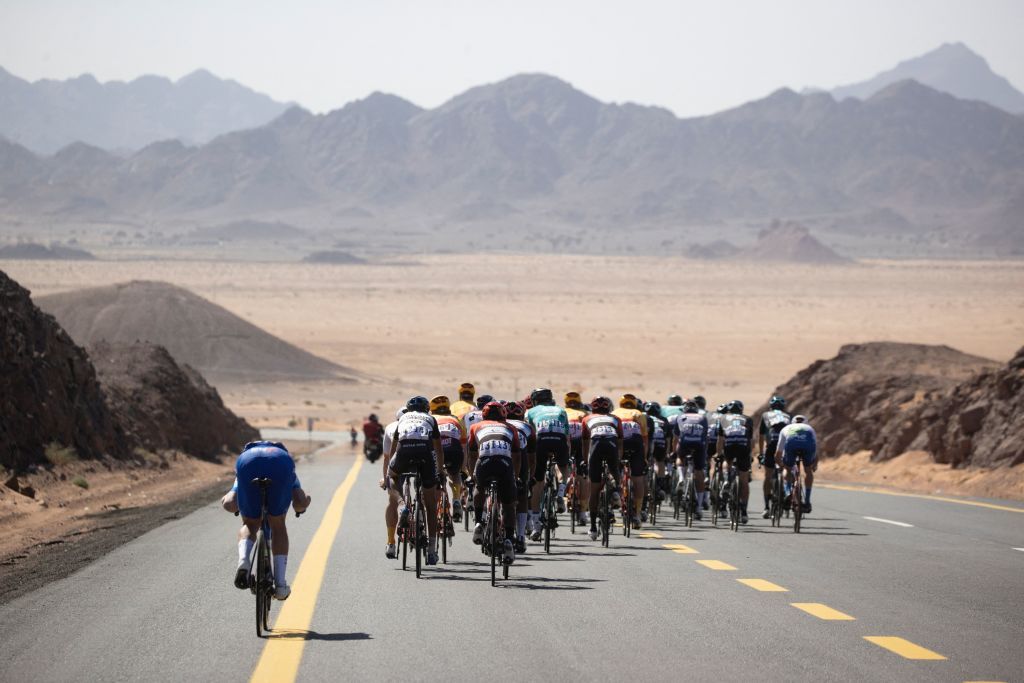 The Movistar Team‘s management company Abarca Sports announced on Monday it has signed an agreement with the Saudi Cycling Federation to help develop cycling in that country.

Federation president Abdullah Alwathlan and Movistar boss Eusebio Unzué agreed in the “memorandum of understanding” to collaborate to develop cycling projects in Saudi Arabia “at all levels”.

The announcement did not state what Abarca Sports would get in return for helping the Saudi Cycling Federation to train technical staff and support events “for years to come”.

Saudi Arabia has been prolific in spending on high-profile international sporting events according to a 2021 report, putting $1.5 billion into football – including a $145 million deal with the Spanish Football Association, Formula 1, and more recently, the controversial LIV Golf league – as well as major investments in developing domestic sports as part of Crown Prince Mohammed bin Salman’s “Vision 2030” initiative to transition the oil-rich country to other economic interests.

However, the country has been widely accused of sportswashing, seeking to bolster its reputation with its massive investments and draw attention away from its human rights abuses and the 2018 murder of journalist Jamal Khashoggi.

In professional cycling, the Saudi federation partnered with Tour de France organisers ASO to bring the Saudi Tour, organised since 1999, to the UCI calendar as a 2.1-ranked stage race in 2020.

Bed Bath & Beyond announces locations of its first wave of closures