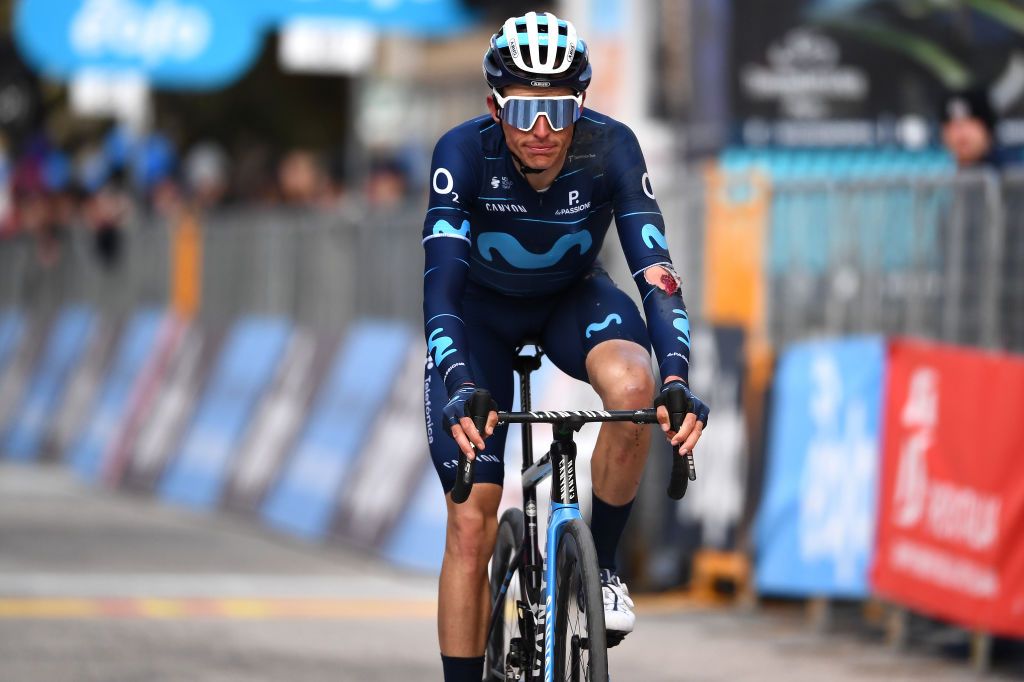 The Movistar team have announced that team leader Enric Mas has left the Tour de France after testing positive for COVID-19.

Mas was the 16th rider to catch COVID-19 during the Tour de France despite the peloton being protected by a race bubble and strict rules regarding masks and limited access to riders.

“Enric Mas will not take the start in the 19th stage of the Tour due to being positive for Covid. The Mallorcan maintains good health. Good luck and take care. Speedy recovery, mate!” the Movistar team said via social media.

Mas finished second in the 2021 Vuelta a Espana behind Primoz Roglic and was sixth in the 2021 Tour de France but he had struggled to be competitive in this year’s Tour de France. He had slipped to 11th overall after Thursday’s stage to Hautacam.

“It’s super disappointing to be honest with you,” Matteo Jorgenson said at the start of stage 19 after the Movistar team had worked hard for Mas throughout the Tour de France.

“It just makes me think back to the 18 stages that we’ve done riding for him and all the stuff that we’ve done suffering for him and. Even 11th on GC in the Tour de France, it’s not nothing, you know. It would have been something for all of our efforts and it’s just, It’s a big shame to be taken out like that.”

Despite testing positive for COVID-19, Mas is still expected to lead the Movistar team at the Vuelta a España that starts on August 19.

Kung Fu and Karate do not come from wrestling, ok?