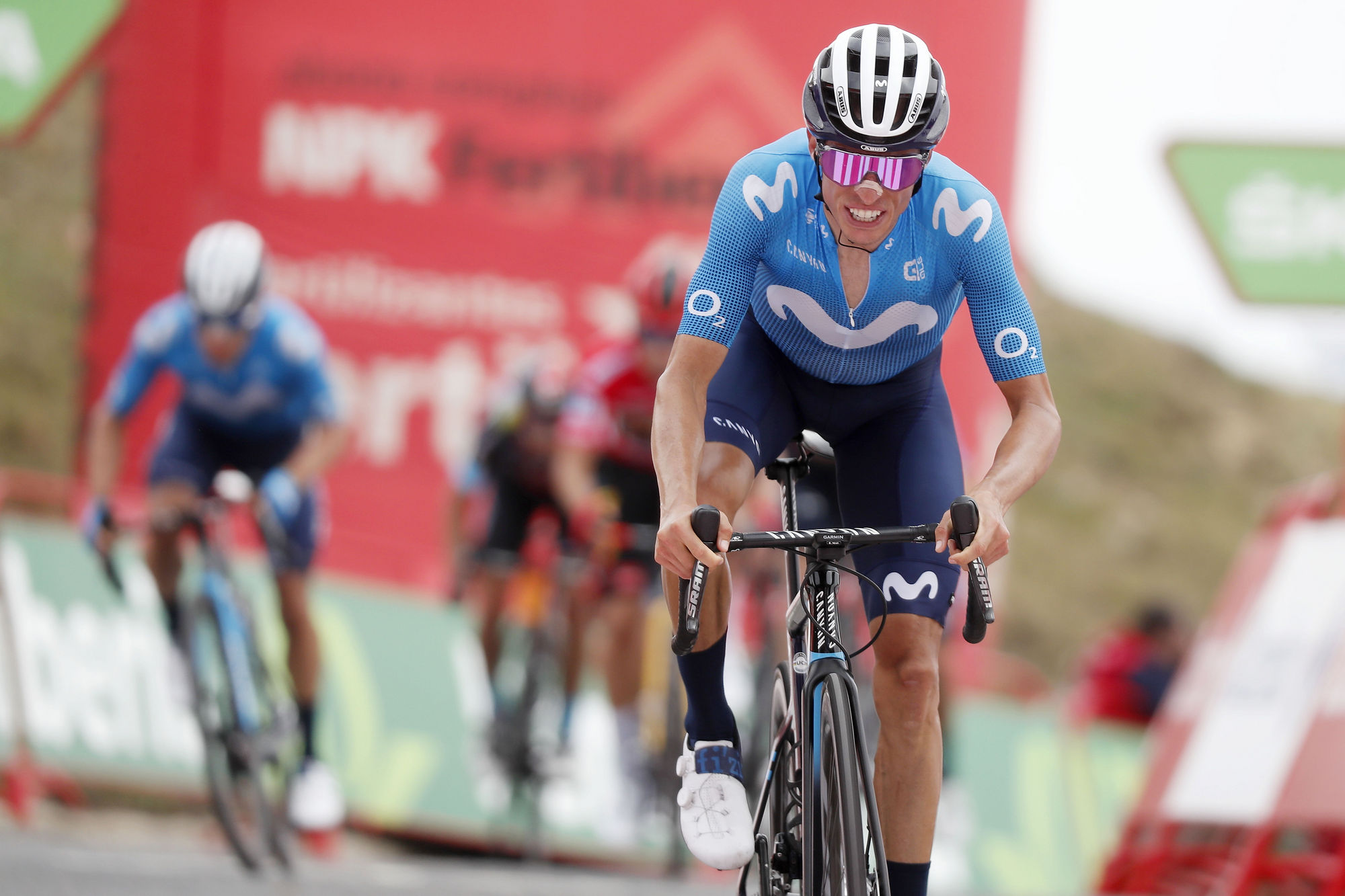 It’s not just Primož Roglič who’s currently repeating history in the Vuelta a España; Enric Mas and Miguel Angel López finished second and third in the 2018 race, exactly the same positions they hold now on GC.

However, as the Vuelta reaches its first rest day, the Movistar duo are convinced they can do better in what’s left of the 2021 Vuelta.

“Both of us have a lot of good options and there’s a lot of racing still to come,” argued López in a press conference on Monday morning.

“Racing as a team, though, is critical, because that way for sure we’ll have more chances than if we’re going for it individually.

“We got through the first week in a good place and yesterday [Sunday] there were some big gaps. It was one of those finales that really sets up some key differences. So now we’ll see what lies ahead.”

López crossed the line in fifth place on Sunday, 39 seconds down on teammate Mas and Jumbo-Visma’s Roglič, after Mas launched an attack five kilometres from the line. But despite the personal setback, he emphasized the gains made by the team thanks to Mas’ move. What’s more, as he pointed out, he had returned to third place on the provisional podium.

He admitted it had been a “slightly uncomfortable situation” when Mas was up the road and he was unable to do anything but track other rivals wheels.  “I was a bit disappointed,” he added, “because I had the legs, I’d done the cleaning up and closed down a few attacks.”

But then with Mas away, as López said, “I couldn’t have gone after him, we have to work as a team. That’s the only way to work for the red jersey.”

With that in mind, López explained that he had gone with Adam Yates (Ineos Grenadiers) when the Briton attacked with 10 kilometres go because “if I hadn’t chased him down, we’d have had to chase behind.

“He’s important overall and Roglič would have made us work because we’d have had the most to lose. Basically, it was a controlling tactic.”

Apart from being beset with crashes that caused him to abandon, López said his Tour de France had also been difficult because of uneven form.

“I’d done well in the 2020 Tour, I had a podium finish for sure in my sights but then I blew it in the last time trial,” he said, explaining that things worsened in the following months.

“I had a bad injury from the Giro to recover from, and a difficult off-season, and by the time I got to the Tour I was overcooked. Now we’ve re-set things a little and I got through the nine stages here well. In the second week I’m sure we’ll be on top of events.”

Mas was equally pleased with his progressing form, confirming that he had never felt so strong in a Grand Tour. But he warned against growing overconfident about the theory that Roglič tends to have a tough third week in stage races and might crack in the Vuelta’s trek across northern Spain to its conclusion in Santiago de Compostela.

“We can hope that’d happen, but it’s not just Primož who could have a bad day. We all could have one. When he lost the Tour in 2020 in that final TT he wasn’t really on a bad day – he still beat me by a minute,” Mas said.

“Personally, I think he’ll get better in the third week and he’ll still be on top of his game.”

But Mas confirmed, too, that he was probably in his best ever shape since turning pro.

“I’ve never been second in the first rest day of a Grand Tour. I think in the 2019 Tour I was fourth at this point but then I blew. Here my form is different, I’m in great shape,” he said.

“And we’ve got to make the most of Miguel Angel’s good form, too, to try and beat Primož.”

Increase Your Productivity With These Time-Saving Items