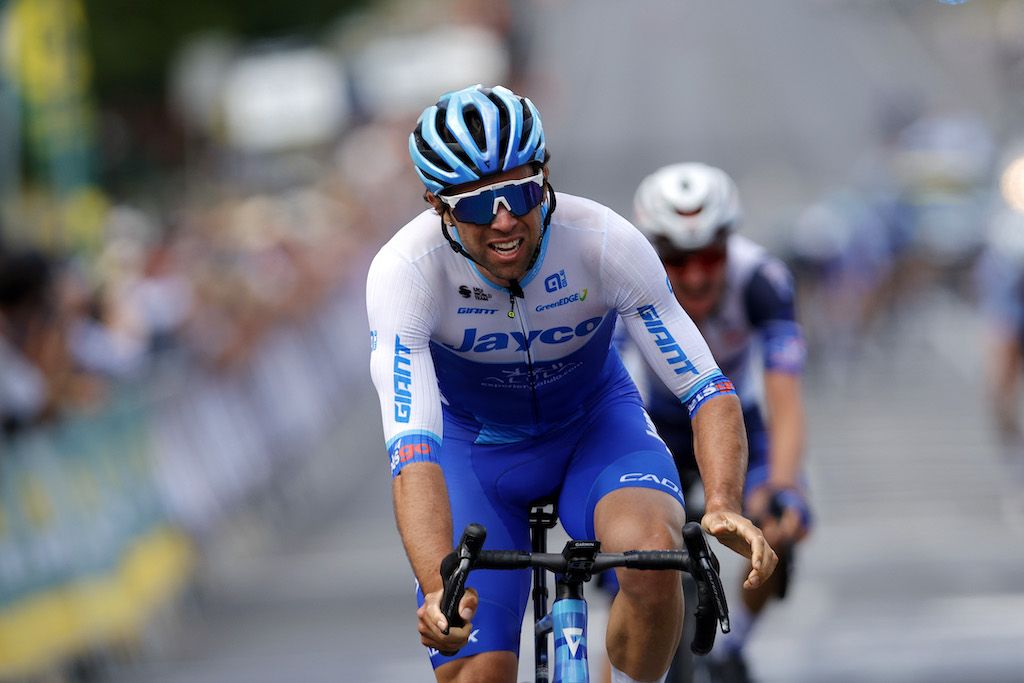 Michael Matthews and Magnus Sheffield have cleared the air and each moved on from a clash during stage 2 of the Tour Down Under that left the Australian rider out of overall contention and the young American being blamed for it all.

Matthews angrily searched out Sheffield at the finish after stage 2, venting his frustration after he was bumped in the peloton and lost his chain, just as the race exploded.

Matthews needed a bike change and lost 2:13, ending his hopes of overall victory at the Tour Down Under. He called out a lack of respect in the modern peloton.

After stage 3, 24 hours later, Matthews said he had moved on from the incident, while still making clear he believed Sheffield was at fault by trying to move back into the peloton after being bumped off the road.

“I was very frustrated after the stage, so much preparation had gone into the opportunity to lead the team in our home race. It was massive frustration with what happened but today was back to business,” Matthews said after pulling on the blue points jersey thanks to finishing fourth on the stage, which was won by Pello Bilbao.

“I’ve been pro for long enough now to know that as long as I have all my skin and no broken bones, I can continue to fight. It’s not how far you fall, it’s how fast you get back up.

“I spoke to him after the stage today, we cleared the air and we move on,” said Matthews. “He admitted he made a mistake and was very sorry. Hopefully other riders can see it’s not okay to do moves like that.”

Sheffield crossed paths with Matthews in the podium area of the Tour Down Under as he collected the best young rider’s white jersey. He lost some time on stage 3 but is fourth overall at 45 seconds.

Sheffield feels he was not totally to blame, but had apologised to Matthews.

“I have huge respect for Matthew and everything he’s accomplished. He’s a rider I’ve looked up to ever since I got into the sport,” the 20-year-old American said.

“I felt it was already settled between us yesterday but we confirmed that again today mutually. I think we can look forward to the rest of the week of racing.

Sheffield gave his version of what happened on the lower slopes of Nettle Hill, just before the race exploded.

“Some bumping happened. I don’t think it was Matthew, it was another rider,” he said.

“I didn’t actually go off the road, I was trying to avoid the gravel and that’s when you saw another rider come in contact. I think It was something that happened indirectly, from what happened. This is part of racing, he understands that.”

“I immediately apologised. It’s a shame what happens when you drop a chain because he put so much into this race and his teammates too. This race to them is like the Tour de France. It’d be like the Tour of California or the US Pro Challenge to me.

“I feel really bad but unfortunately this is part of racing.”

Is Self Perception Key to a Great Workout?

Motivating Fitness Mantras For a Healthier You