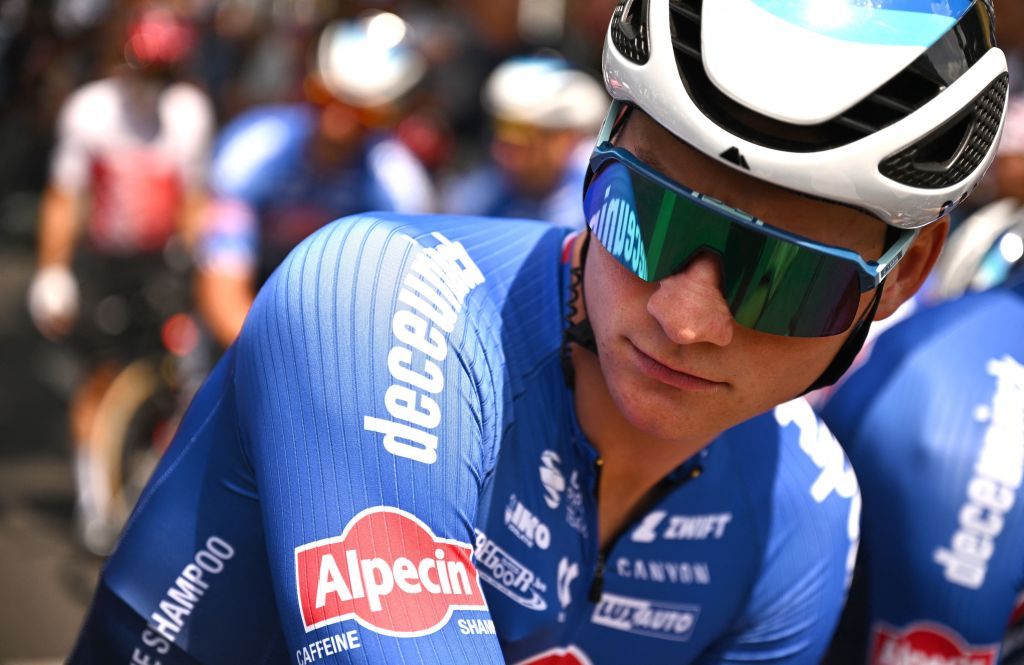 On Monday, the people-watchers sipping their mid-morning coffees on Bassano del Grappa’s Piazza Libertà were treated to the sight of Mathieu van der Poel rolling past in the company of Alpecin-Deceuninck teammate Gianni Vermeersch as they set about recovering from their exertions at the previous day’s UCI Gravel World Championships.

Both Van der Poel, who took bronze, and the new world champion Vermeersch are scheduled to stay in the Veneto until Friday when they will be the star attractions at the second edition of the Serenissima Classic, the only gravel race tailored specifically for pro road riders.

Van der Poel, however, is rarely one to sit on his hands. Rather than fill his days with gentle training rides amid the slowly crinkling leaves on the banks of the Brenta valley, the Dutchman figured he might as well race. On Wednesday, he will compete on the road at the Giro del Veneto, the first instalment of the three-part Ride the Dreamland series organised by Filippo Pozzato.

Alpecin-Deceuninck billed Van der Poel’s late decision to participate as a “small surprise” when they announced their line-up on Tuesday afternoon. He will join a strong squad that features 2021 winner Xander Meurisse and double Vuelta a España stage winner Jay Vine. Stefano Oldani, who won a stage of the Giro d’Italia in May, is also included, along with Nicola Conci and Kristian Sbaragli.

Van der Poel has not raced on the road since his ill-fated trip to the World Championships in Australia, which ended with a conviction for common assault following an altercation with two teenage girls in his hotel on the eve of the race.

Prior to the Worlds, Van der Poel had showcased sparkling form with a hat-trick of wins at the Grand Prix de Wallonie, Izegem Koers and Stadsprijs Geraardsbergen, while he impressed, too, at Sunday’s inaugural Gravel World Championships, sprinting to third after declining to chase his trade teammate Vermeersch in the winning break.

That form makes Van der Poel an obvious favourite for Wednesday’s race, where the new route is likely to prove more selective than last year’s event. Padova’s vast Prato della Valle, which hosted the finish in 2021, is the site of the start this time around. Just under 160km in length, the route winds its way through the Colli Euganei before taking in two laps of a scenic finishing circuit around Vicenza.

Each 22km lap sees the race climb to Arcugnano and then descend past the Santuario della Madonna di Monte Berico – the 2015 Giro d’Italia tackled the climb from the opposite side – while the finish line is on Vicenza’s central Corso Palladio.

A year ago, Matteo Trentin (UAE Team Emirates) placed second behind Meurisse in Padova, and he will again be a contender here. The Italian is joined by Marc Hirschi, Davide Formolo, Alessandro Covi and Diego Ulissi in a very solid line-up.

Elsewhere, Miguel Ángel López is on hand for Astana Premier Tech, though the team is without local favourite Samuele Battistella, who has brought an end to his season. Davide Rebellin also features in the penultimate race of his three-decade-long professional career. The Italian’s final outing will be in the Veneto Classic on Sunday.

The WorldTour relegation picture may be all but settled, but there are still points to prove and stories to follow in the very final days of the road season. Van der Poel, as ever, offers a compelling narrative.

Are You Giving Too Many or Not Enough?