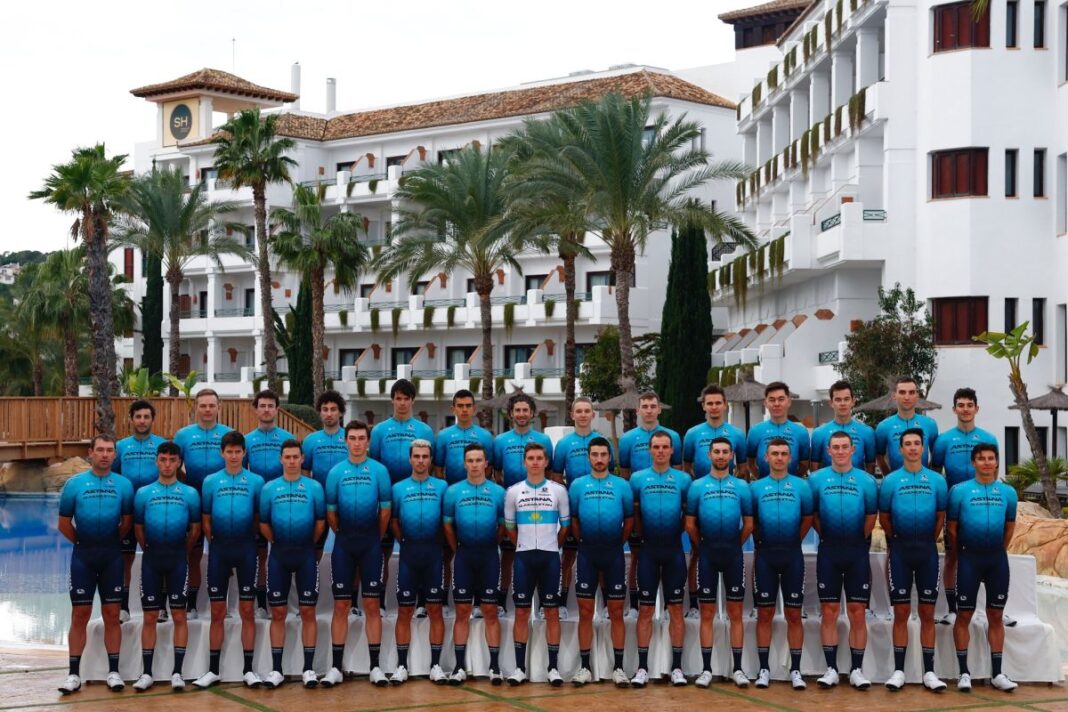 The biggest question of 2022 still remains unresolved upon the arrival of 2023 – which team will Mark Cavendish be racing with this season? The reported signing with Astana Qazaqstan is yet to be confirmed and Cavendish was not in the team’s press photo.

The photo is likely to have been shot before team manager Alexandre Vinokourov supposedly extended the offer to Cavendish, who was not renewed with Quickstep and spent several months in limbo as the B&B Hotels-KTM project collapsed.

Vinokourov told Cyclingnews in mid-December that when he heard the team fell apart, he immediately reached out to Cavendish to discuss his plans. It is also rumoured that sprinter Cees Bol would also be joining the team from the failed squad.

However, the move is complicated by the fact that Astana have 29 riders under contract and 29 pictured in the press photo, meaning there is only one spot available unless a rider is demoted.

The UCI, who only publish riders in the team listing if their contracts have been validated, omits Christian Scaroni, who joined mid-2022 from the now defunct Gazprom-Rusvelo team, but the 25-year-old is pictured in the team photo.

Cavendish was spotted at Astana’s hotel in Altea, where they have been holding their training camp in December and was also seen riding a Wilier, the bike brand who sponsor Astana.

Bol logged a training ride on Strava that showed him on the same climbs as Astana’s current riders riding the same pace.

Astana revealed the 12 riders of their development team on December 19, several days after the report of the offer to Cavendish, and none of the WorldTour riders had been moved to that squad.