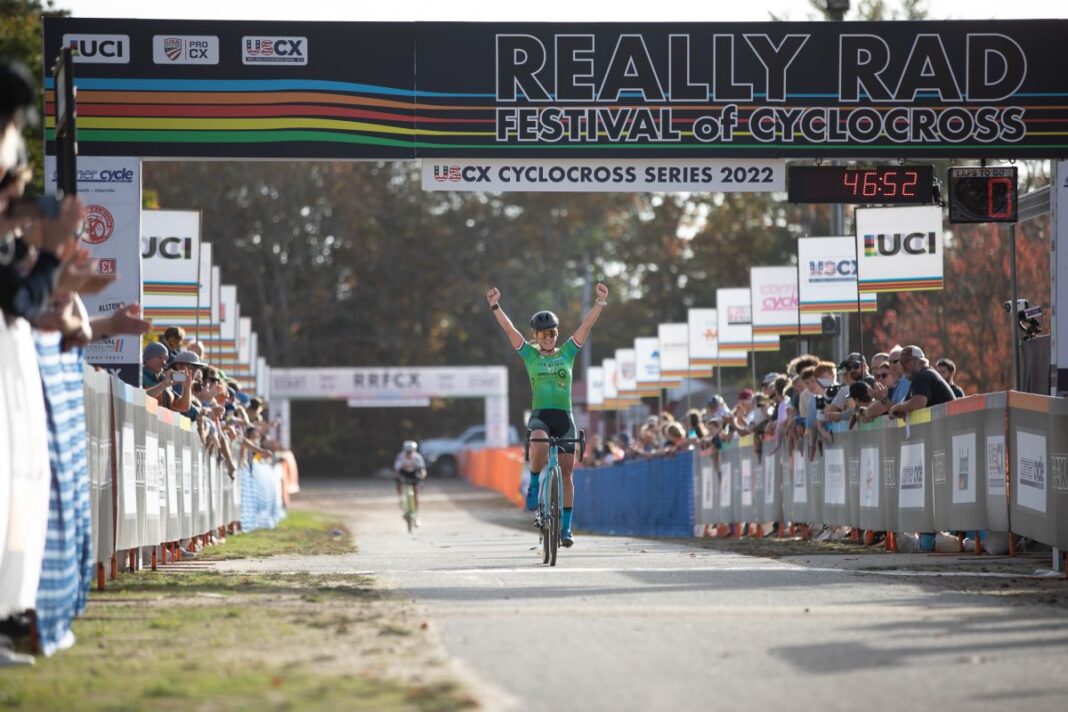 In a close battle against Pan-American Champion Raylyn Nuss (Steve Tilford Foundation Racing), the French rider managed to hold off her nearest rival for victory by a slim two seconds, leaving Nuss to settle for second. Austin Killips (Nice Bikes) finished third at 1:04 back.

“I was hoping they were more tired than I was because they had the extra day [Pan-Am Championships on Friday]. I tried to get a good start, yesterday was not as good of a start as I was expecting, so I wanted to clean up the field a little bit and get my body warmed up. It worked, and Raylyn came back to me, and it was a tactical race, fast, and it was great to work together. I knew where I could make a difference. At one and a half laps to go, it was tight, but I was able to do it. Sometimes you have to take the risk and go for it,” Mani said.

Mani won the overall series title for the USCX Cyclocross Series. “It was great, and everyone worked hard to put that series together. I really wanted to be part of it, and I’m super happy I won,” Mani said.

Mani started out fast with a first-lap attack that immediately set her apart from the rest of the field.

Nuss crossed the gap to Mani, and the two leaders built their lead to roughly 18 seconds on a chasing Killips, as Bernstein crossed the line 37 seconds back with two laps to go.

Mani opened a gap through the sandpit, putting pressure on the newly crowned Pan-American Champion Nuss into the closing lap.

Mani opened her gap further over the barriers and through the sand on the last lap, but Nuss tried to limit her losses to six seconds as they reached the second half of the circuit.

Nuss cut the gap to just four seconds as they reached the exposed rooted wood section and then to two seconds as they approached the finish, but it wasn’t enough as Mani crossed the line with the victory.

For Juneteenth, Rodney Carter Jr. Is Working to Keep His Community Fit

Will There Be a Cobra Kai Season 6?