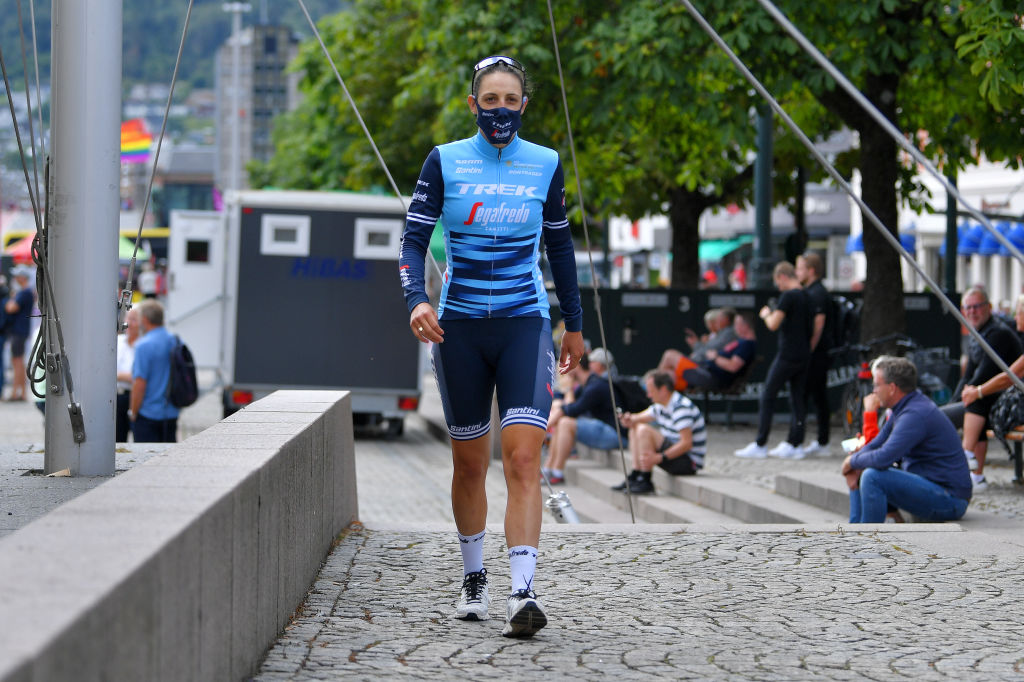 Cyclo-cross World Champion Lucinda Brand (Trek-Segafredo) will not race the first edition of the women’s Paris-Roubaix held on October 2.

“With Covid still having some races moved to the end of the season I knew already that there would be a conflict on my cyclo-cross calendar. I don’t want to miss the first races of the competition already,” Brand told Cyclingnews Monday.

“That’s why I had to make the difficult decision to not ride Paris-Roubaix, because it’s a really tough race and doing a cyclo-cross race the next day and another day later flying to America to race three World Cup races shortly after each other.”

Brand had a stellar cyclo-cross campaign last fall-winter, where she won the world title and the the overall World Cup series. She had a strong first part of the 2021 road season and then went on to win the overall title at Thüringen Ladies Tour and secured the mountains classification at the Giro d’Italia Donne.

Brand renewed a two-year contract with Trek-Segafredo that will tie her to the team until the end of the 2023 season. During the cyclo-cross season she competes under the Baloise Trek name and intends to race a full cyclo-cross calendar this 2021-2022 calendar year.

The first-ever women’s edition of Paris-Roubaix was added to the Women’s WorldTour for October 25 in 2020, but was cancelled due to COVID-19. The first edition will now take place on October 2, 2021, after a second cancellation from April of this year.

Brand would have made a welcome addition to the team. However, they have multiple riders aiming to win the inaugural edition, including former world champion Lizzie Deignan, who has stated that she is focused on doing well in the cobbled classic.

Brand first signed a contract with Trek-Segafredo to be one of the team leaders in 2020. However, COVID-19 shut down early-season racing and then she fell ill during the revised calendar last year. After a long recovery, she came back to perform outstandingly during the cyclo-cross season, but she said she needs to be careful with her health and can’t race everything.

She aims to take the start line at next year’s edition of Paris-Roubaix held in its traditional spring slot on the calendar on April 10.

“Along with the jet lag it is a really tough combination. I need to be a bit careful with my body. Sometimes you need to make decisions, and in this case it wasn’t an easy one, but cyclo-cross goes before Roubaix. Of course, I hope to ride Roubaix half a year later, just like I hope that from then on Roubaix will return to its normal position on the calendar again.”

This Is What Jennifer Lopez Eats In A Day