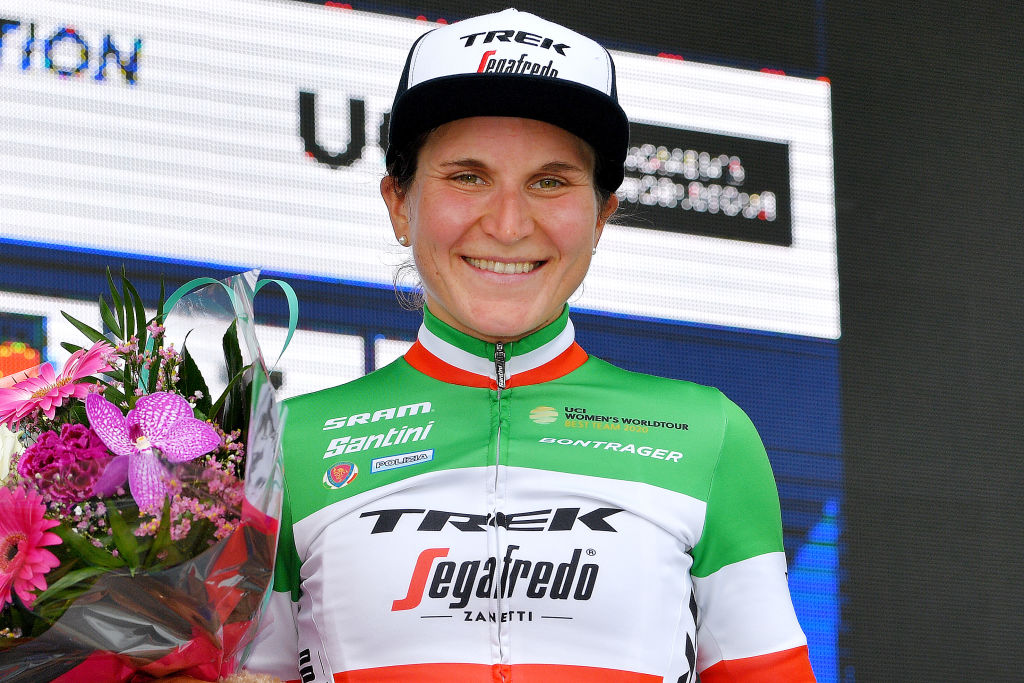 “This is a victory for our team manager Luca Guercilena. I want to say hello to him and wish him luck in his treatment. I think he needs an extra boost of energy, and hopefully, we gave it to him today,” Longo Borghini said following her victory in Plouay, France.

Trek-Segafredo announced in August that Guercilena will take a break from running the men’s and women’s WorldTour teams as he begins to fight cancer. The 48-year-old Italian issued a brief statement via the Trek-Segafredo team revealing he has started treatment for a lymphoma.

“A few days ago I started to fight against a strong enemy, a lymphoma, which will require all my efforts and the warmth of my family, lifelong friends and Trek-Segafredo teammates,” Guercilena said.

Guercilena has worked with the Trek-Segafredo men’s team since its creation in 2011. He then became manager of the women’s team when it launched in 2019.

Longo Borghini has been under contract with Trek-Segafredo since its inception in 2019, as well, and her career has flourished under the guidance of a well-organised programme run by Guercilena.

Trek-Segafredo has gained notoriety for offering above the required minimum salary and maternity benefits stipulated by the UCI for a Women’ WorldTeam, all of which were supported by Guercilena to create a fair and equitable work environment with in the team.

Longo Borghini, who has become well known for her all-in approach to racing, made two decisive attacks at GP de Plouay, with the second sticking to the finish line. She took the victory by 12 seconds ahead of the bunch sprint won by Team Arkea-Samsic’s Gladys Verhulst for second place, followed by Kristen Faulkner of Team TIBCO-Silicon Valley Bank in third.

“Plouay is always a hard race. You don’t really feel it, but you do a lot of altitude meters by the end – the road is always up and down. We wanted to defend Lizzie’s victory of last year, and we did! The plan we had worked out,”said Longo Borghini.

The Healthy Way to Be Angry

You Cannot Boost Your Way Through COVID

‘I Will Not Have a Problem Racing Against Lia Thomas’