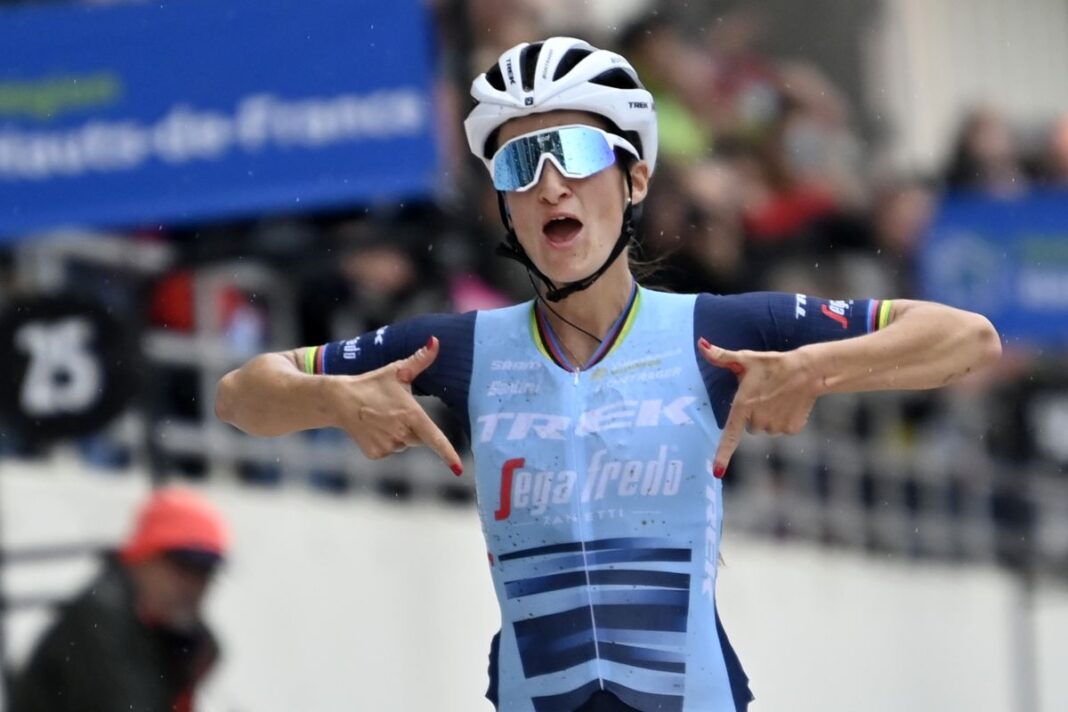 Lizzie Deignan (Trek-Segafredo), a former world road champion and winner of the first ever women’s Paris-Roubaix, is being awarded an MBE in the 2023 New Years Honours list.

The 34-year-old Deignan, who was born and raised in West Yorkshire, is set to return to competition next season after having her second child this September. She nabbed the coveted inaugural women’s Paris-Roubaix victory in 2021 after having taken a hiatus for the birth of her first child.

Now, as British Cycling has announced, Deignan is being recognized with an MBE (Most Excellent Order of the British Empire) appointment, bringing her into the company of other cycling stars who have been given the same recognition. Among the many cycling notables in the fold are Bradley Wiggins (who has since been knighted), Nicole Cooke, Mark Cavendish, Jason and Laura Kenny (who have since been raised to knight and dame), Chris Froome, Joanna Rowsell, Geraint Thomas, and Tom Pidcock.

Deignan’s recognition comes as part of the first New Years Honours List of King Charles, and others receiving MBE distinctions this year include Queen guitarist Brian May, former footballer and sports analyst Chris Kamara, and multiple members of the England women’s national football team, who won the Euro 2022 title in July.

For Deignan, the honour comes 13 years after she won a gold medal as part of the British team pursuit squad before shifting her focus to road racing. In 2011, she won the first of what have since become four British national road titles, and in 2012, she won Gent-Wevelgem and then took a silver medal in the road race at the London Olympics.

At Richmond Worlds in 2015, she secured the rainbow jersey in the elite women’s road race, and has since gone on to take several other major victories, including her wins at the 2016 Tour of Flanders, Liège-Bastogne-Liège and La Course in 2020, and Paris-Roubaix last year.

Early on in 2022, she announced that she would be taking a season-long hiatus as she was expecting her second child. She will return racing in 2023, having signed on to continue with Trek-Segafredo.

“I am delighted to see Lizzie receive an MBE in recognition of her outstanding career to date and offer her my sincerest congratulations. This acknowledgement should come as no surprise to someone of Lizzie’s cycling calibre, becoming elite women’s road world champion in 2015 and being the first-ever winner of the Paris-Roubaix Femmes in 2021,” said Great Britain Cycling Team Performance Director Stephen Park in a statement from British Cycling.

“For over 15 years, Lizzie has been at the forefront of women’s road racing, representing Great Britain to the highest level, and I am eager to see what the 2023 season holds for her on her return to racing after having her second child. Congratulations Lizzie!”