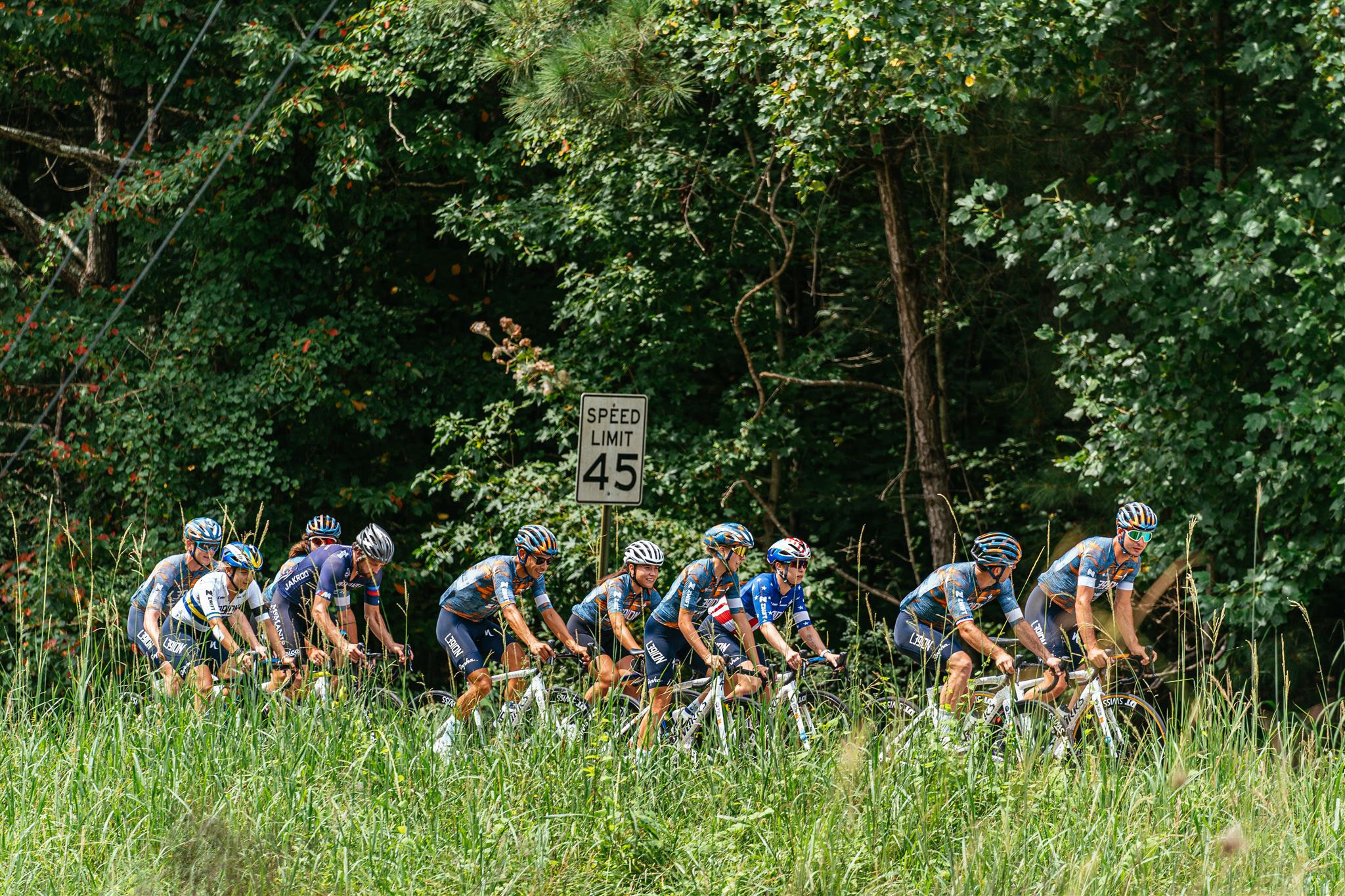 Seven men and five women will line up for L39ION of Los Angeles in the pro fields at this year’s Joe Martin Stage Race, held from August 26-29 in Fayetteville, Arkansas. It marks the first time the team, which stepped into competition last year, has been part of a UCI classified stage race.

In its fledgling season, the US-based Continental team focused on criteriums and one-day road races, in part due to the lack of stage races given the number of cancellations or postponements across North America due to COVID-19 concerns. So far this year, the L39ION contingent headed to Arkansas has racked up a staggering 55 wins and 83 podium appearances.

One of the team’s veteran riders is still eligible for Under-23 honours, Skylar Schneider, who rode three years on the Women’s WorldTour with Boels-Dolmans. When she last raced the Joe Martin Stage Race, it was 2016, and she was third on stage 4 and fourth in the best young rider classification racing for Team USA as a 17 year old.

Schneider has accounted for 23 wins this season – one of those an Omnium title – and eight other podium finishes. She’s ready to get back to stage racing.

“It will be the first time the L39ION women have ever done a stage race, or a UCI race. It’s been about five years since I’ve done Joe Martin,” Schneider told Cyclingnews during her quest for crit wins at USA Speed Week. “That’s actually where I got my first UCI podium ever. So, I’m really excited to go back.

“We have a strong team, the cohesion is really solid just from the racing we have been doing so far this year. It’s really a nice challenge, and it’s going to push us outside our comfort zone a bit. I’m pretty optimistic on how everyone is riding.”

Joining Schneider will be teammates who have gelled over the summer in criterium events in the USA Cycling Pro Road Tour and USA CRITS national series, as well as Intelligentsia Cup road series in Illinois – US Pro criterium champion Kendall Ryan, Kaitie Keough, Julyn Aguila and Amber Joseph.

“For the road races, we’ll come in pretty confident actually. It really depends on which teams show up and what the start list looks like. We’re going to give it our all,” said Schneider, who ran away with the Omnium title at the eight-day Intelligentsia Cup road series in Illinois.

On the men’s side, the trio of Ty Magner, Cory Williams and Tyler Williams have combined for 20 wins this season, with Magner taking the Omnium title at Intelligentsia and Cory Williams scoring the Ominium title at Saint Francis Tulsa Tough. The roster will also include Eder Frayre, Sam Boardman and Alec Cowan.

“Confidence counts for a lot. It’s good building momentum, especially going to Joe Martin [Stage Race] with the team,” said Tyler Williams, who last competed in a UCI stage race in 2018 when he was part of the Israel Cycling Academy team. HIs top result that year was fifth overall at the Tour of Taihu Lake (2.1). It will be his first time competing at Joe Martin.

“It’s a big goal. I haven’t done a UCI stage race in three years now. I’m excited to see what I can do there and what the team can do there.”

The 2.2 UCI classified Joe Martin Stage Race is normally held in April. After cancellation last year due to the COVID-19 pandemic, the event’s 44th edition returns in August as part of the Pro Road Tour and the UCI America Tour.

6 Reasons Everyone Should Learn to Swim

Search for Coronavirus Origins at a Standstill