Julian Alaphilippe to race Tour of Britain alongside Mark Cavendish 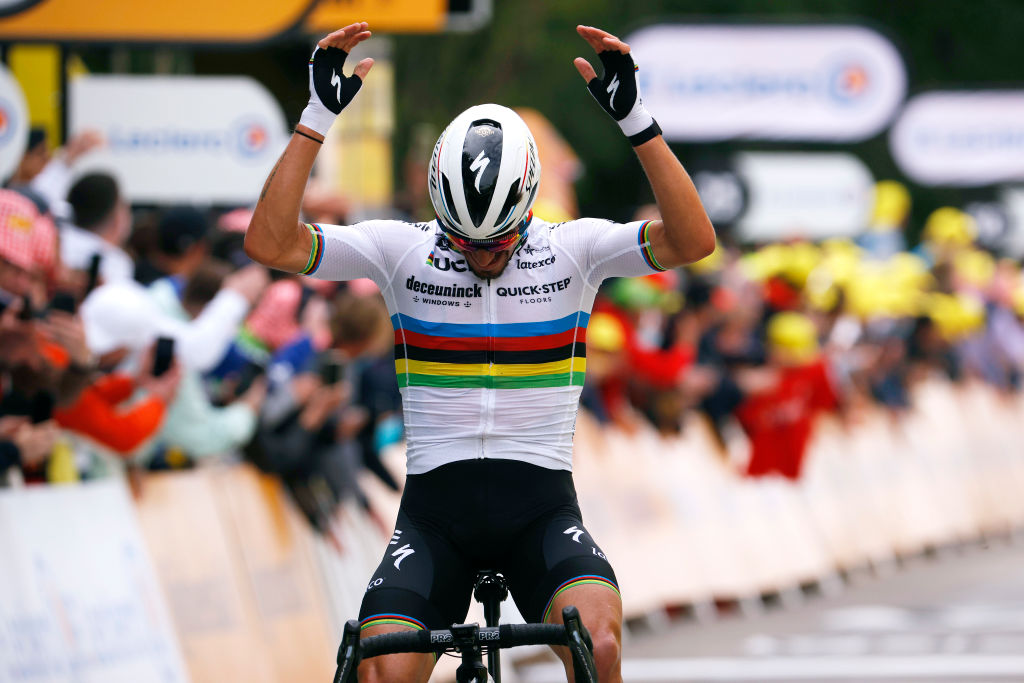 Julian Alaphilippe (Deceuninck-QuickStep) has been confirmed for this year’s Tour of Britain, with the Frenchman using the race as his final event before the World Championships.

The 29-year-old won the Tour of Britain on his last outing at the race back in 2018 and will head to the eight-stage event as one of the major favourites this time around.

“I am really looking forward to racing the Tour of Britain, which will be my last in the rainbow jersey, that I have been so proud to wear for the last 12 months,” Alaphilippe said in a press release.

“I had a successful race in Britain the last time I was there in 2018, and I know it will be a hard-fought race this time. It will be the perfect race for me to take on ahead of the World Championships. We come here with a strong team and will look to race hard, as we always do.”

The full Deceuninck-QuickStep line-up has yet to be announced but Mark Cavendish has already been confirmed for the event. Both he and Alaphilippe will target stage wins throughout the race, with Alaphilippe also in contention for the overall as he builds his form for the Worlds.

The Tour of Britain commences on September 5 with a 180km stage between Penzance and Cornwall. The race then moves into Wales and the midlands before arriving in Scotland for the final two days.

Alaphilippe has enjoyed a successful season to date. He won a stage in Tirreno-Adriatico before winning La Flèche Wallonne in April and finishing second in Liège-Bastogne-Liège behind Tadej Pogačar. He then won the opening stage of the Tour de France and held the yellow jersey for a day before conceding the lead to Mathieu van der Poel.

Since the Tour de France, Alaphilippe has raced one-day races, with the Tour of Britain set to be his final stage race of the campaign.

Will There Be an Ant-Man 3?