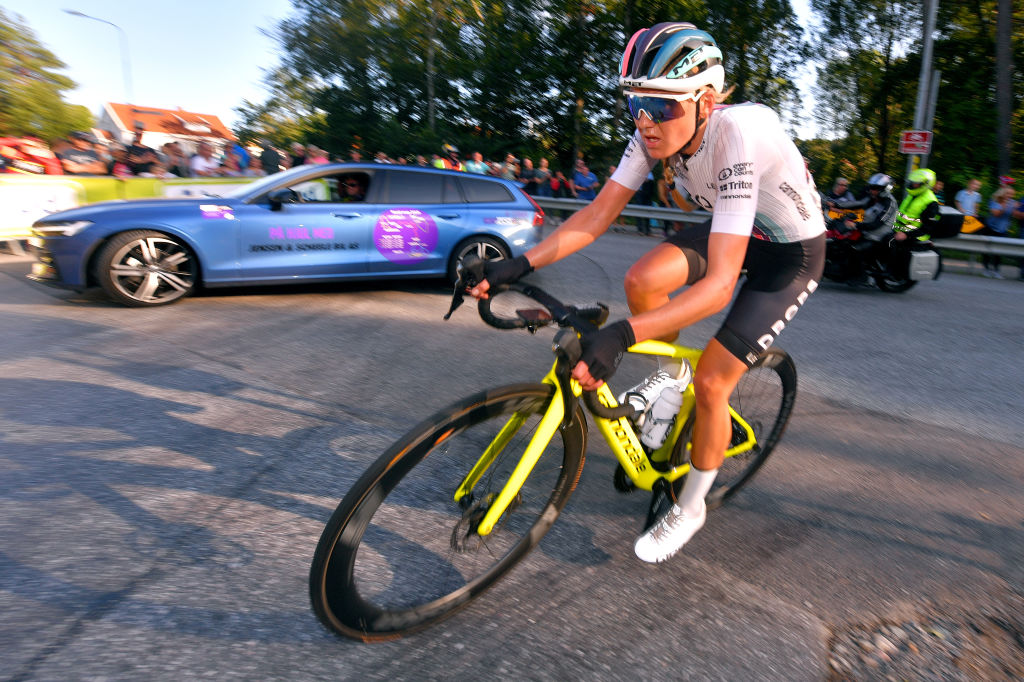 The British rider signed a two-year contract with the Norwegian outfit that will see her racing at the top-tier of women’s cycling through 2023.

“When I heard that Uno-X were making a women’s team for 2022 I thought it was a great project and would be a really positive thing for women’s racing. Their vision is clear with huge amounts of energy so I am very excited to be part of this progressive new team,” Lowden said.

Lowden, 33, is relatively new to the sport, having competed with Storey Racing in 2018 before spending three seasons with the largely-development programme Drop-Le Col.

She had a successful season this year placing fifth at Brabantse Pijl and then winning a stage along with the overall title at the recent Tour de Feminin.

Lowden made headlines in February when she unofficially broke the current hour record of 48.007km, held by Vittoria Bussi, in a training attempt, covering 48.160km. The UCI announced earlier this month that Lowden would attempt to break the official Hour Record during the autumn.

Lowden brings time trial strength to the new Uno-X program that has already announced the signing of her compatriot Hannah Barnes and Hannah Ludwig, both currently racing with Canyon-SRAM, along with Susanne Andersen from Team DSM, Anne Dorthe Ysland, Amalie Lutro and Mie Bjørndal Ottestad, all from Norway, Anniina Ahtosalo from Finland, and Rebecca Koerner from Denmark.

“Joss has had a very strong 2021. She is constantly progressing and the age of 33 is of no limitation to her future development. She will play a very important role in completing the balance of the team,” Jens Haugland, general manager of the new programme.

Uno-X will launch their women’s programme for the first time next season, alongside their men’s ProTeam, and they aim to acquire a Women’s WorldTeam licence in 2022.

Best 4th of July Books for Kids, as Recommended by Teachers