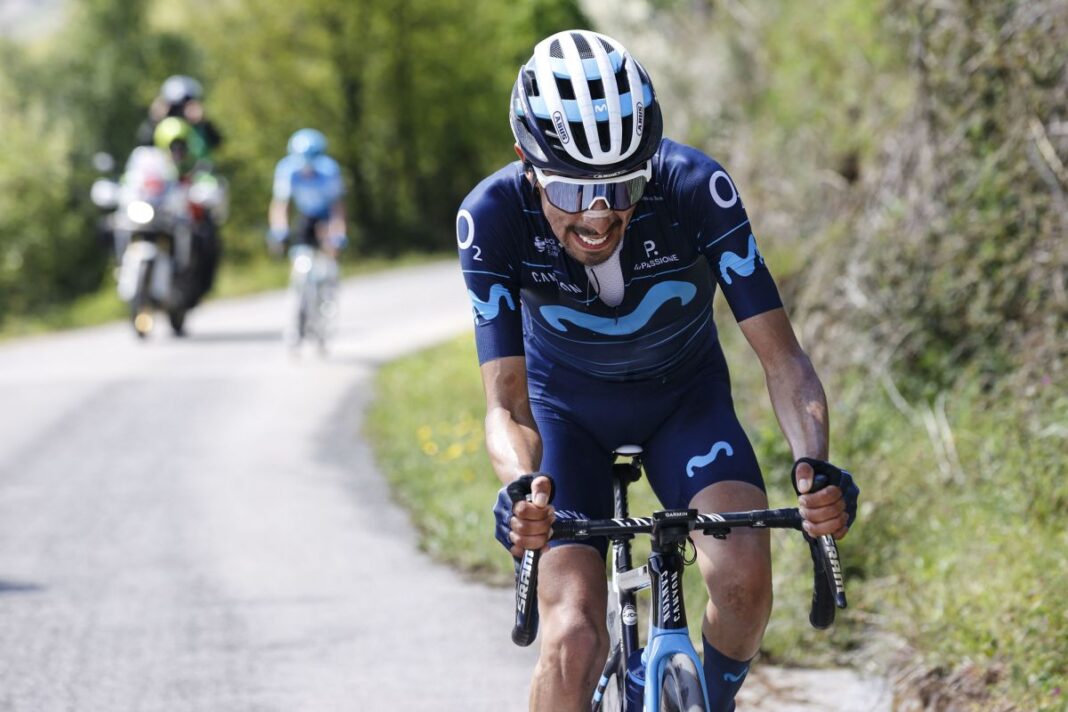 Iván Sosa (Movistar) was reportedly attacked by a driver while he was training in Chinauta in the Cundinamarca department of Colombia on Thursday. His team confirmed on social media that Sosa was treated for injuries to his chin at a medical centre in Fusagasugá.

According to El Tiempo, the road rage incident began when the driver of a tractor-trailer closed in on him and fired a gun in the air several times before exiting his vehicle to assault Sosa with the butt of the gun.

The 25-year-old confirmed the report, according to El Tiempo.

The frightening incident is not the first for a professional rider. Oscar Sevilla was mugged while training outside Bogotá, Colombia and suffered a broken arm and ribs in 2018. Andrey Amador was assaulted in his home country of Costa Rica in 2011 and sustained serious internal injuries.

Such incidents have also taken place in traditional cycling countries. In 2020, Harm Vanhoucke was punched in the face while he was out training. The incident took place during the COVID-19 lockdowns when non-essential travel was banned, but professional cyclists were still allowed to train outdoors.  Several Italian riders were verbally abused for training in the same period.

Then, in December 2020, Andrea Vendrame was punched by an aggressive driver while training in Veneto, Italy. In 2016, Philippe Gilbert had his middle finger broken in a confrontation with a drunk driver.

Celebrities at the US Open 2022

P.T. Vinh Pham Gear and Guide For a Healthy Body