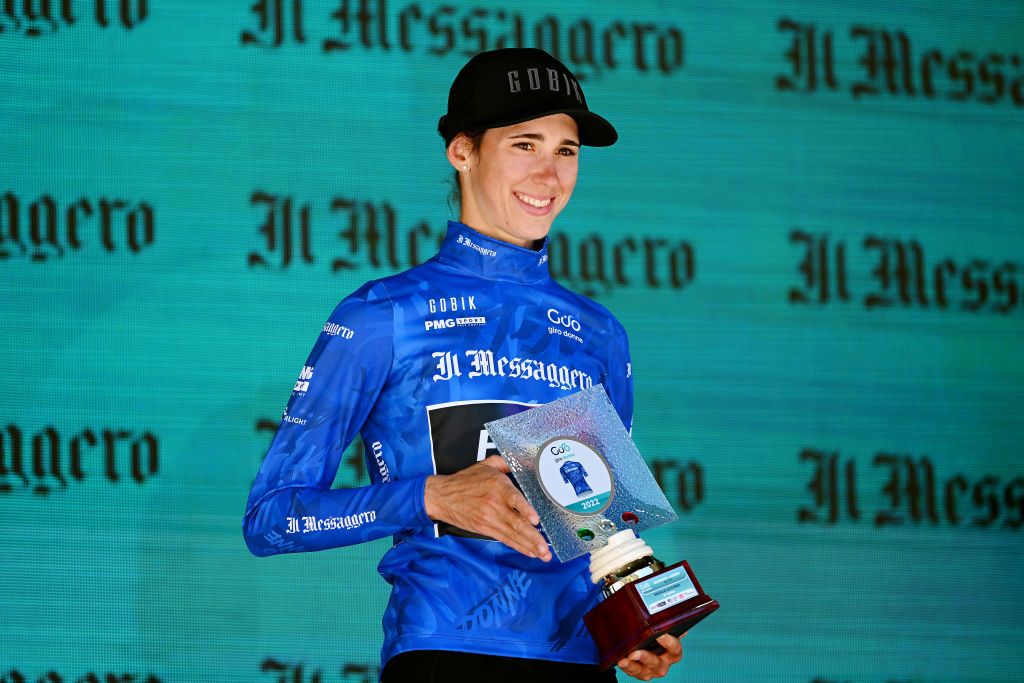 Marta Cavalli’s remarkable success during the first half of this year abruptly ended during a horrific crash at the Tour de France Femmes avec Zwift in July. Four months on, the Italian says she has completely recovered and is looking forward to starting her second season with FDJ-SUEZ-Futuroscope.

“It’s all behind us now. After the first exams, recovery times weren’t clear, and I took my time. I went back to racing without the pressure of the result. Now, I know I’m physically 100%. I just have to find the condition,” Cavalli said in an interview with Bicisport (opens in new tab).

Cavalli was forced to abandon the Tour de France Femmes after being involved in a crash on stage 2 into Provins, where she sustained head and lower body trauma. After a lengthy recovery, she returned to racing in October at Giro dell’Emilia, Tre Valli Varesine and Tour de Romandie, but says she had not yet reached her best form.

She recently signed a two-year contract extension that will see her racing with FDJ-SUEZ-Futuroscope through the end of 2024, and her focus this winter is to work on regaining her form in time for the spring Classics.

“For now, I’m thinking about the first part of the season, especially the classics, which honestly are the ones that excite me the most; there, you win instinctively, you have an opportunity, and you take it,” Cavalli said.

In her best season to date, Cavalli won two of the three Ardennes Classics; Amstel Gold Race and Flèche Wallonne, finishing fifth at Paris-Roubaix, sixth at Liège-Bastogne-Liège and sixth at last year’s Tour of Flanders.

With the ASO’s addition of Paris-Roubaix Femmes to the calendar in 2021 and Tour de France Femmes in 2022, Cavalli is hopeful that organisers RCS Sport will add women’s events to its Monuments such as Milan-San Remo, a race she dreams of winning, and Il Lombardia in the future.

“We often ask ourselves why the only two Monuments of which the female version does not exist are the two Italian [events]; Milan-San Remo and Il Lombardia. We have started talking about it to those responsible, and I am convinced that it will soon be impossible to continue to say, ‘no’,” she said.

Cavalli’s second place overall at the Giro d’Italia Donne also marked a big progression in her pro cycling career since joining FDJ-Suez-Futuroscope in 2021. Although she committed to racing both the Giro and Tour this season, she said her stage racing targets for next year had yet to be decided.

“At the Giro, I realized that my sensations improve day by day in stage races. I hope this predisposition will be useful to me in future years. After last year the Tour is a new challenge for me, but we haven’t decided yet whether I will ride both the Giro and the Tour or just one of the two. After the Classics, we will try to make this little metamorphosis towards the stage races,” Cavalli said.

Cavalli intends to begin racing at the UAE Tour, a new addition to the Women’s WorldTour in 2023, followed by Strade Bianche and the Ardennes Classics.