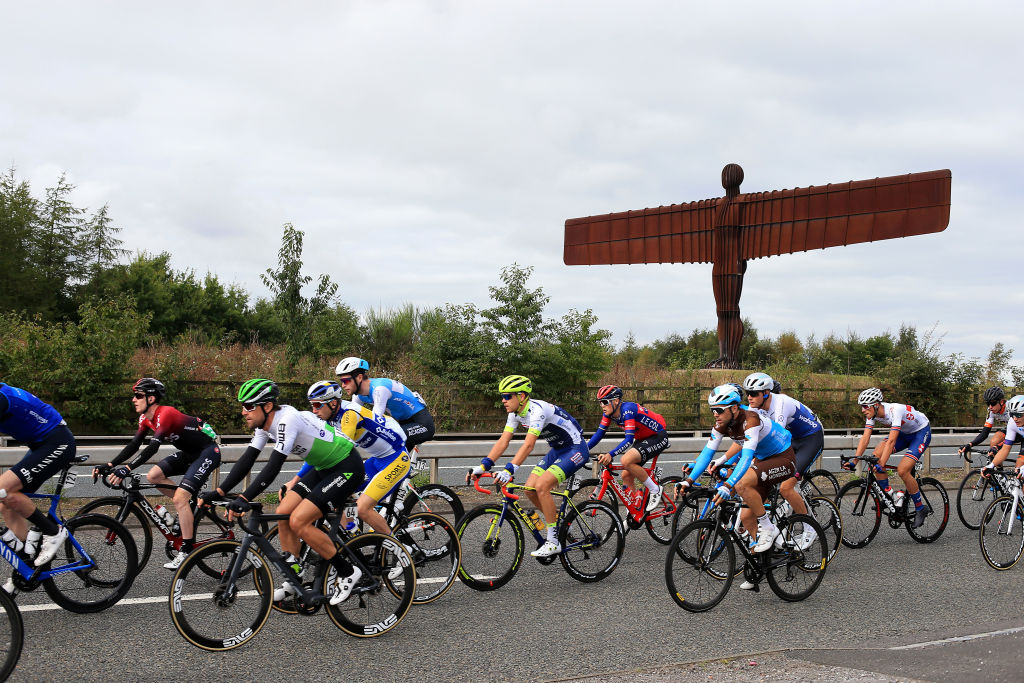 The Tour of Britain returns after a year off due to the COVID-19 pandemic on Sunday September 5, with several star names lining up for the eight-day race through England, Wales and Scotland.

The race will be broadcast in select locations in Europe and the rest of the world. You can find out how to watch the race wherever you are with our handy guide and with ExpressVPN.

While reigning champion Mathieu van der Poel (Alpecin-Fenix) isn’t riding, his age-old rival Wout van Aert will be heading up the Jumbo-Visma selection as he returns to racing following the Tokyo Olympics.

World champion Julian Alaphilippe (Deceuninck-QuickStep) is also competing, with the Frenchman looking to add to his overall victory in 2018. His teammate, Tour de France green jersey winner Mark Cavendish, is also racing, as is Yves Lampaert.

Dan Martin, Michael Woods and André Greipel line up for Israel Start-Up Nation as one of the strongest teams in the race, while Ineos Grenadiers bring a top team with Ethan Hayter, Michał Kwiatkowski, Richie Porte, and Rohan Dennis.

Van Aert will be joined at Jumbo-Visma by George Bennett and Tony Martin, meanwhile. At Movistar, Marc Soler and Matteo Jorgenson lead the way.

Sprint competition for Cavendish and Greipel comes in the form of Giacomo Nizzolo (Qhubeka NextHash), Dan McLay (Arkéa-Samsic), and the DSM pair of Max Kanter and Nils Eekhoff.

The race takes in eight days running south to north from Cornwall to northern Scotland, with several challenging hilly stages along the way. The Carmarthenshire team time trial on stage 3 will be key, as will uphill finishes on stage 4 in Llandudno and stage 6 in Gateshead.

Check here for our comprehensive race preview, and read on for all the information on how to watch the 2021 Tour of Britain

GCN+ will also air the race, with coverage available in the UK, the USA, Australia, Canada, and around Europe and numerous other countries around the world. Pricing runs the same as a Eurosport Player subscription.

In the UK, ITV4 will also be airing the race live and in full, as well as a highlights package at 8pm.

In France, live coverage will be provided by L’Equipe TV.

Be warned, though, geo-restrictions may apply if you’re outside your home country or on holiday during the Tour of Britain.

You can get around that, however, by accessing the streams via a VPN, with ExpressVPN offering the ability to simulate being back in your home country, allowing you to watch the race live on various devices – including Smart TVs, Fire TV Stick, PC, Mac, iPhone, Android phone, iPads, tablets, etc.

This Frozen Fruit Popsicle Recipe Is So Nutrient-Rich

Why Planning Is More Fun Than Doing, According to Pros