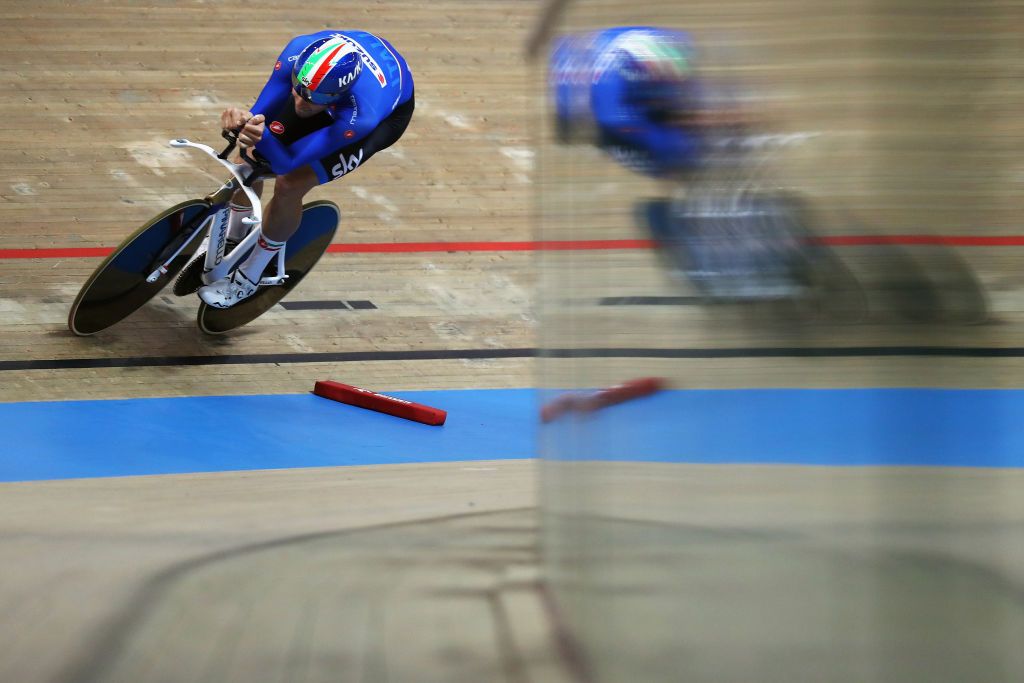 Filippo Ganna will take on the UCI Hour Record in Grenchen, Switzerland, on Saturday 8th October at 8pm CEST, with the mark of 55.548km to beat – set by his team’s own performance engineer Dan Bigham.

Filippo Ganna is one of the strongest Hour Record contenders in recent history – given his exceptional pedigree in both individual time trial and track cycling.

Alongside Ganna’s form, Ineos and Bigham’s focus on performance technology means he is likely to be the best prepared and best equipped of anyone to ever attempt the Hour Record.

You will also also be able to watch the entire attempt live right here on Cyclingnews, where we will embed the Hour Record video and provide updates alongside the live broadcast.

“I’m looking forward to taking this event on, even though it’s going to be an hour of pure suffering. It will be interesting to see how my body holds up, and just how far I can go,” Ganna said after his attempt was confirmed with the UCI. “It’s a moment where you really get to test your physical and mental limits. To undertake a prestigious event like this is an important step in my career.

“I have been training on the new bike and it’s super-fast – I like it,” he added.

His new bike was revealed earlier this week, the innovative 3D-printed Pinarello Bolide F HR 3D made from scandium-aluminium-magnesium alloy – an early glimpse of the level of technical focus that has gone into this Hour attempt.

Ganna had initially intended to ride the Hour attempt in August but announced in June that he would delay his attempt until after the World Championships.

Since that announcement, Bigham set the current record on 19th August – also in Grenchen – in what many believed to be a dress rehearsal for Ganna’s upcoming record attempt.

“The process has always been about Filippo trying to break the record,” Bigham said in an interview with Cyclingnews. “For me, it was a case of having a go at the record in that process as well.”

By 9pm CEST on Saturday, we will know just how successful Ineos’ process has been.

116: Sticking to your goals over the holidays