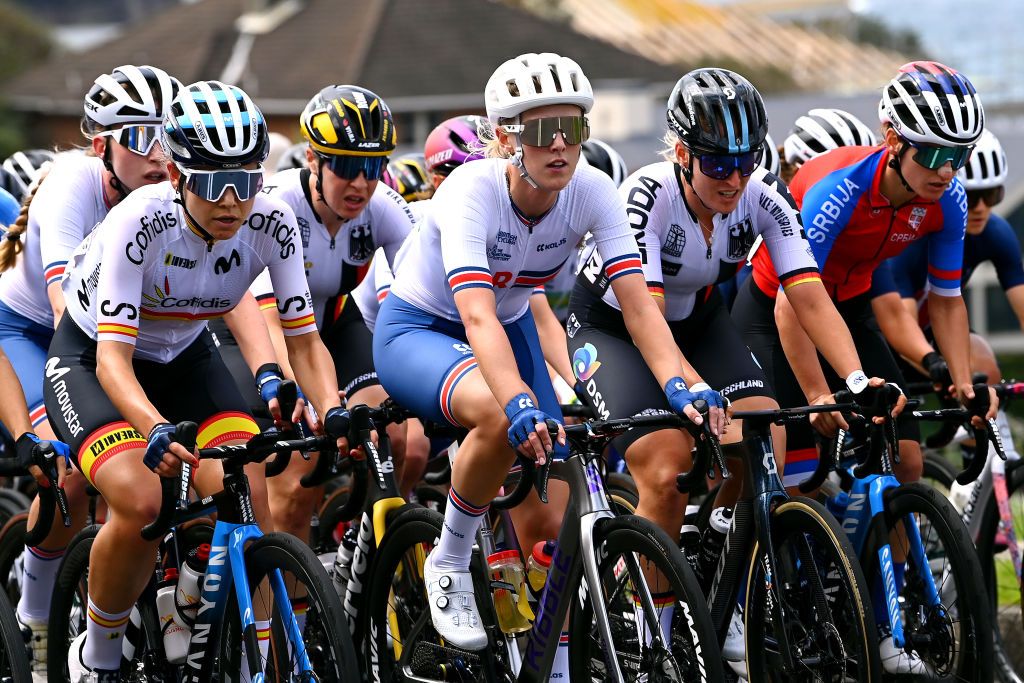 Lizzie Holden will make her long-awaited debut with a top-tier team having signed a contract with UAE Team ADQ in 2023.

The British rider has spent six seasons developing as an athlete while racing for second-tier squads Bizkaia-Durango and Le Col-Wahoo, but says she’s ready to make her career move to the Women’s WorldTour.

“The World Tour has always been a goal ever since I started cycling. So I’m super excited to start this new journey with UAE Team ADQ,” Holden said.

“I think that I still have a lot to learn within cycling and with the team’s structure and its high-performance focus. I’m confident to say I am at the right place at this stage in my career. Having the confidence from the team and being surrounded by such high-quality riders, I think this will really push me to the next level.”

Holden got her start in pro cycling in 2017 with British team Drops, where she spent three seasons before moving to the Spain-based programme Bizkaia-Durango.

Next year as part of UAE Team ADQ, Holden hopes to continue her progress at some of the biggest races in the Women’s WorldTour, while also improving her self-confidence in her ability as one of the top riders in the world.

“I want to work hard and improve. I want to contribute to the team and help my new teammates achieve big goals. Personally, I think I still need to work on improving my self-confidence and my own ability. But I believe that being surrounded by such a positive and successful team will help me a lot,” she said.

Holden joins a team of 16 riders that includes former World Champion Marta Bastianelli, along with six new signings – Silvia Persico, the revelation of the Tour de France Femmes, and three other riders from Valcar Travel & Service; Olivia Baril, Chiara Consonni and Eleonora Gasparrini. Alena Amialiusik and Mikayla Harvey join from Canyon-SRAM and will add to the team’s climbing strengths.

“During my career, I have seen women’s sports grow so much, so as a female athlete, I feel it is important to empower and motivate other women to follow their dreams,” Holden said.

“For this reason, I am really excited to be part of the team’s broader project, which is to support and promote female sport, especially in the UAE.”