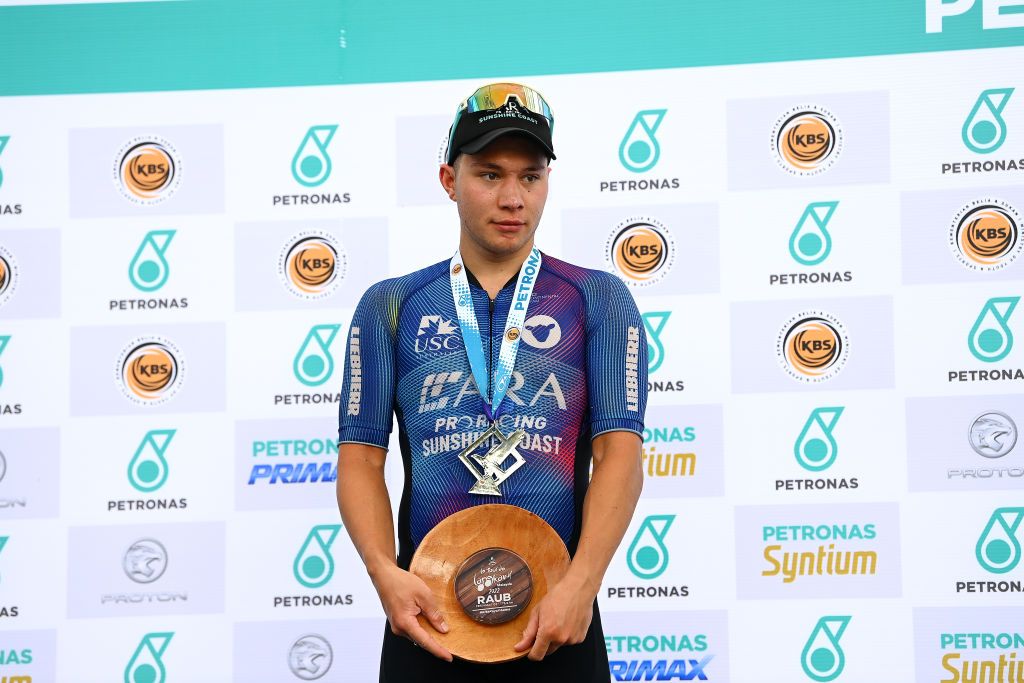 It was only last year that doctors warned Craig Wiggins that he may not be able to ride his bike again, but now the 23-year-old Australian has ridden all the way back to form and to his first international victory on stage 2 of the Tour de Langkawi in Raub.

The ARA Pro Sunshine Coast rider charged toward the line in a tight run finish it was Juan Sebastián Molano, who crossed the line first but hours later was relegated for an “irregular sprint” which meant that Wiggins second place suddenly turned into victory. After what Wiggins had had to deal with, however, even making it to the start line – let alone the podium – could be counted as one of the biggest victories of all.

“This was a big target to try and get to this race, I had a pretty rough last year, but I’m happy to be here and happy with this result but we want more moving forward,” Wiggins told Cyclingnews straight after the podium presentations, and before the announcement that Molano’s position had been marked down from first to 109th.

The rough time last year Wiggins referred to left the Australian rider with a fractured eye socket, broken nose and lacerations all over his body after a driver intentionally ran into him while he was out training.

The driver who also hit another cyclist, is currently facing charges of attempted murder.

“It is nearly exactly a year ago I got cleaned up by a car … and we weren’t even sure if I was going to be riding a year ago,” said Wiggins. “Then to come back here it shows I can bounce back and am keen to keep racing.”

Wiggins stepped back into competition at the start of 2022, just months after he was hit, at Australia’s Bay Crits. He has also had a mid-year block of racing with ARA Pro Cycling in Europe before returning to the Tour de Langkawi. It is a race he has already found some success in, as when he last took part in 2019 he stepped up the podium once with a third and also took fourth on another stage.

At the time of the interview, Wiggins said he was still looking for more from the remaining sprint stages of the eight-day tour. He was intent on chasing the victory that ended up coming unexpectedly with Molano’s relegation on the 178.9km stage to Raub – a winning location for Australian riders who have now taken all three of the stages of the Tour de Langkawi that have finished there.

Still it doesn’t seem likely that the shift from second to first on the results sheet will in any way change the resolve of the resilient rider to chase the opportunity to take another win, and this time one where he get to throw his arms up in celebration, particularly as that could help take him one step closer to another big goal.

“I’m hopefully looking to a bigger contract next year, that’s the main goal,” said Wiggins who has watched as a number of his ARA Pro Cycling teammates have made the step up to the top ranks. “Nothing is confirmed yet, still floating around but hopefully I can get a few results here that will help propel me up the ranks.”

Taking it Up a Notch with Claire Sparrow – Class 5039

5 Ways To Glorify God In Your Eating