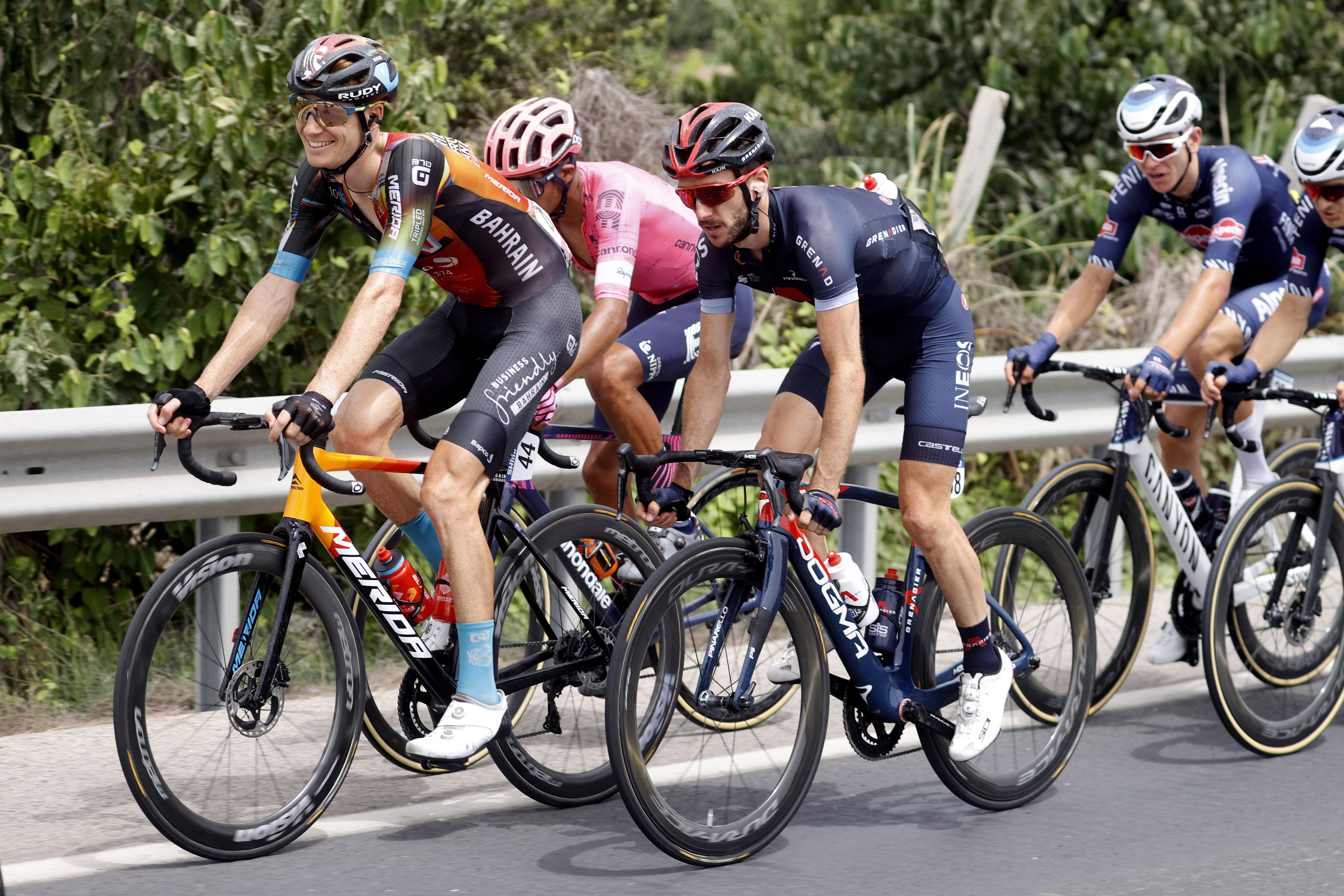 Jack Haig’s progress as a general classification contender in the Grand Tours showed no sign of letting up on stage 10 of the Vuelta a España, as the Bahrain Victorious racer pounded across the finish safely in the Primož Roglič (Jumbo-Visma) group.

Even before Roglič had blasted away out of the leader’s group on the Puerto de Almacher climb, for the second day running Haig’s erstwhile leader Mikel Landa had been dropped, this time losing 22 minutes.

Haig, on the other hand, was able to follow Movistar duo Miguel Ángel López and Enric Mas as they tried to keep a lid on Roglič’s attack, and ended up completing the stage in the same group as the Slovenian and other GC riders.

As a result, the Australian has gained a handy 37 seconds on both Egan Bernal and Adam Yates (Ineos Grenadiers) and confirmed again he is in the GC Vuelta fight for a second day running.

“There was a bit of headwind there on the climb so it was a bit surprising to see him go, but I’m happy, it makes the race interesting,” Haig told reporters at the finish about Roglič’s attack. “It also created some good time gaps.”

Asked if he had seen the Roglič crash, Haig confirmed that he had checked with the Slovenian as he rode past and the Jumbo-Visma racer had come through largely unharmed.

Himself a bad crash victim in the first week of the Tour, like Roglič, Haig said the descent had been treacherous.

“I don’t know if it was sketchy but one of those roads you looked at, and it looked and felt incredibly slippery and I may be a little more tentative after the Tour.”

If Roglič gave him a clear answer despite the tension of the crash and the downhill finale, Haig said he was more baffled by Movistar’s apparent unwillingness to keep working and pushing the gap open on Bernal and Yates.

“That was the most confusing thing on the descent. They have numbers and we’re distancing Bernal and I’m not sure if Mas was nervous. But I expected more collaboration from them.”

Haig admitted, “I didn’t collaborate on the climb, I was pretty pinned. But I said when we get to the final I’ll do my best and let’s try and put some time into these guys. They helped a little bit, but I expected more because we were distancing a champion.”

Either way, the overall conclusions for Haig as he starts the second week of the Vuelta and his first major venture into GC territory could hardly be bettered, as he confirmed.

“Every day I’m getting more confident and today was a good test again.”

5 Celebrities Who Swear by Pilates

The Most Common Friendship Issues in the Classroom