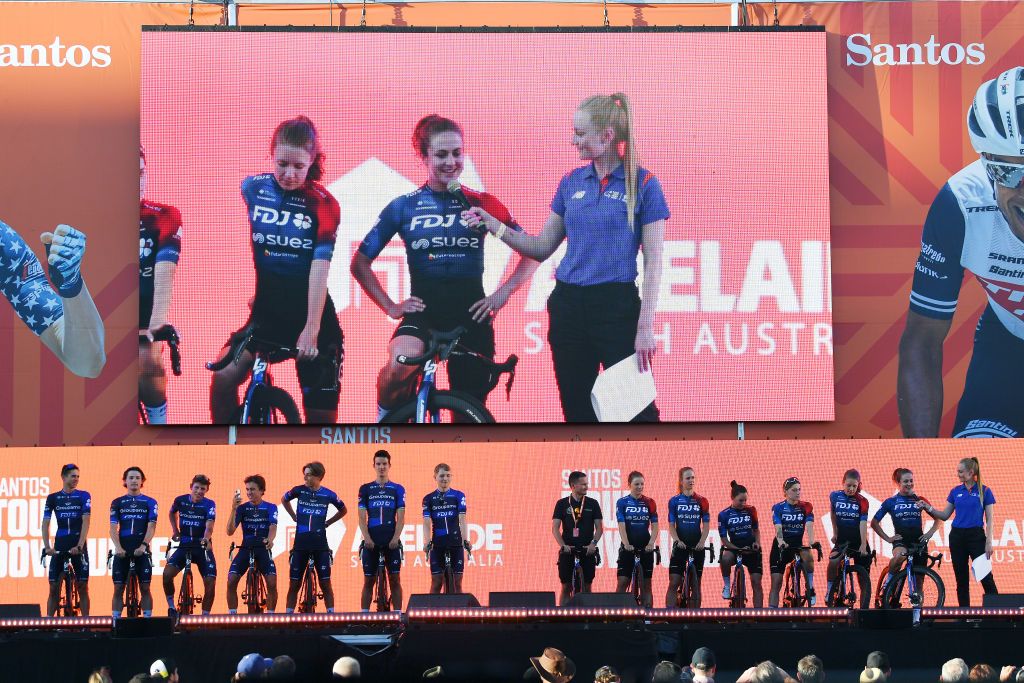 For Grace Brown, the arrival of her FDJ Suez teammates at the women’s Santos Tour Down Under was a sweet sight after another Australian National Road Championships flying solo.

Racing alone wasn’t a problem for the time trial, where Brown again took out the title but a few teammates certainly would have come in handy in the road race. She finished in second place again, as Trek-Segafredo dominated and Brodie Chapman won the green and gold.

The 30-year-old’s form was good but was not enough for her to single handedly shape the race to her advantage when the moves from tough rivals like Chapman just kept coming.

“I had a bit of a tough gig at the National Road Championships on my own so I am very happy to have my French squad here and they will be sporting me really well during the races,” she said.

“I am a little bit more confident that I can do something here with my team behind me.”

Not that silver is anything less than a monumental achievement, but it was her third second place in a row.

The Women’s Tour Down Under, which begins on Sunday and includes three stages, with a course that suits her and a team to back her, may prove a better hunting ground.

Brown has had success at the race very early in her cycling development, taking third on a stage in 2018 while racing with Holden Team Gusto Racing. She won a stage in 2019 with but the GC focus for the team was clearly with three time race winner Amanda Spratt, just as it was in 2020.

Brown has since moved to FDJ Suez, proven herself a capable team leader and picked up four Women’s WorldTour wins and plenty more aside.

The target is now clearly success in Australia, where she can enjoy it in front of family, friends with home-nation crowds to cheer her on.

There is plenty of competition to stand in her way, with the new Trek-Segafredo duo of Spratt and Chapman clearly obvious threats after Nationals, along with Ruby Roseman-Gannon and Alex Manly of Jayco AlUla.

There are also a number of riders who haven’t yet pinned on a number since last season, making it hard to gauge form for the women’s Tour Down Under.

“It’s always difficult in this race, we obviously know the form a bit of the Australian riders that competed at the National Championships but everyone that is coming over from Europe or America, we are a bit unsure where they are at,” Brown said in the final pre-race media conference in Adelaide.

“They may have had a good off season or they are still building their form, so I think it’s really hard to pick other riders.”

“I think maybe Ally Woollaston from New Zealand, especially in the sprint will be one to watch but I can’t really give an educated answer to that,” said Brown when asked to pick out her key rivals.

One thing that is certain is that there will be no easy path to victory, particularly if the overall is still on a knife edge right till the final Corkscrew climb which summits less than eight kilometres from the final finish line of the three-stage race from January 15-17.

From Luxembourg to California Baptist, Remi Fabiani Has Big Dreams

Pilates: The Ultimate Travel Workout to Balance Fitness and Fun