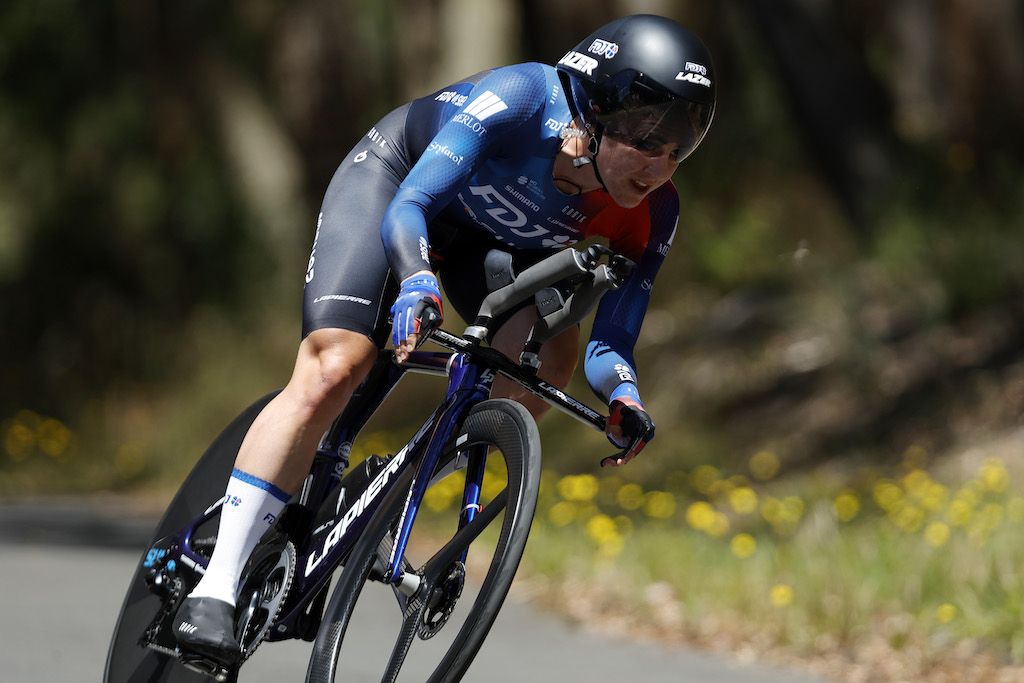 Grace Brown (FDJ SUEZ) defended her elite women’s time trial at the AusCycling Road National Championships on Tuesday, but was accurate with her prediction earlier this week that it would be no easy victory with the gap between the World Championship silver medallist and her rivals narrowing.

In 2022 Brown took the title with more than a minute up her sleeve, but this year Georgie Howe (Jayco AlUla) stepped up the results table two spots, claiming the runner up position with a time that was just 38 seconds back from Brown. Then it was Brodie Chapman (Trek-Segafredo) who took third at just a little over a minute back from Brown’s time of 40:58 over the 28.6km course at Federation University.

“I’m really impressed with the Aussies at the moment,” Brown said after claiming her third elite time trial title. “I think Georgie Howe is going to continue to get better and better and I’d better improve next year cause otherwise she’ll have me if she improves by the same amount since last year.

“She is a real threat and it is awesome to see Brodie have a go at the time trial and I think she has a lot of improvement up her sleeve as well,” said Brown. “I’m happy that there are people around pushing me to be better and better, this is what we need in Australian cycling.”

Isabelle Carnes (ARA Skip Capital) was the first U23 rider over the line in the combined women’s elite/U23 event, coming seventh overall and claiming the U23 national title ahead of teammate Lucinda Stewart, who came ninth overall.

Henry Cavill Confirms He Won’t Be Returning as Superman