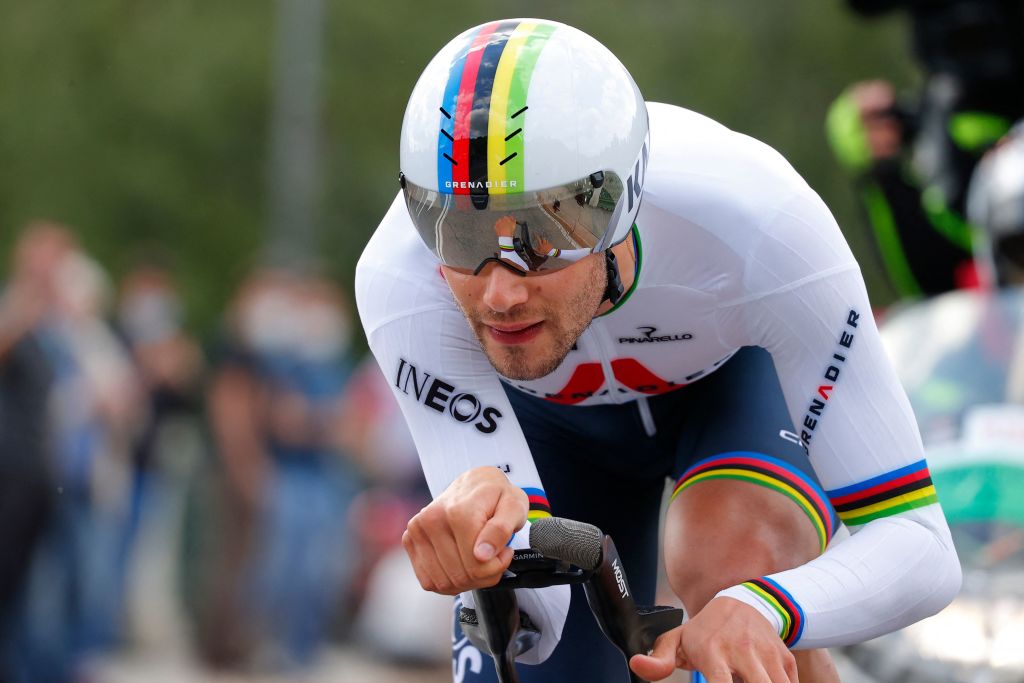 Two weeks after leading Italy to the gold medal in the Team Pursuit at the Tokyo Olympic Games, Filippo Ganna is back road racing with Ineos Grenadiers, helping fellow track rider Ethan Hayter win two stages at the Tour of Norway by splitting the peloton, chasing down attacks and using his unmatchable turn of speed to soften up their rivals.

While many athletes switch off and celebrate after Olympic success, Ganna is still hungry for more in 2021 and still has several major goals on his race calendar.

“I didn’t celebrate too much after I got home, indeed my life seems exactly the same, I just spent time with family and friends. Of course I know that Olympic success is special and life changing, I get goosebumps even just thinking that I’m an Olympic champion.”

There is no room for the end of season edition of Paris-Roubaix but Ganna will target the European and World Time Trial Championships in Trento on September 9 and in Flanders on September 19. He will then switch to the track and ride the World Championships on the Roubaix indoor velodrome between October 20-24, with an extra goal of retaking the individual pursuit record that the USA’s Ashton Lambie set at altitude last week breaking the four-minute barrier.

“Lambie’s record is just one reason why I’m still hungry and motivated. He took my pursuit record and now I want it back. He did a historic ride and it’s given me extra ‘grinta’ (determination) to reply,” Ganna said.

Ganna has enjoyed another successful season, even if fourth place in the Olympic time trial was a disappointment. He won two stages at the early-season Etoile de Bessèges, the time trial at the UAE Tour and then both time trials at the Giro d’Italia that opened and closed the Corsa Rosa.

He has already raced for 59 days on the road and combined that with track sessions and several altitude camps but appears motivated for two more months of racing. He will head into the Italian Alps again very soon to give him a performance boost and training focus for the European and World Time Trial Championships.

He faces competition from Remco Evenepoel, Tadej Pogacar and current European champion Stefan Kung in Trento, while Wout van Aert and Primoz Roglic will be other major rivals as he attempts to defend the rainbow jersey he won last year in Imola.

The Track World Championships will come after that, with Lambie’s record a final goal of the 2021 season along with the team pursuit world title.

“I was going to return to racing at the Benelux Tour (Aug 30-Sept 5) but with the team we decided it was better to ride the Tour of Norway followed by an altitude camp. It’s worked out well because we won the first two stages with Hyter. I feel good and on form,” Ganna explained.

“Now I just want to pick off one goal at a time, without making  big promises or aiming too high. I just want to work hard and do my best. I’m still hungry.”

Why I Can’t Take Off Beyond Yoga’s Overlapping Jumpsuit