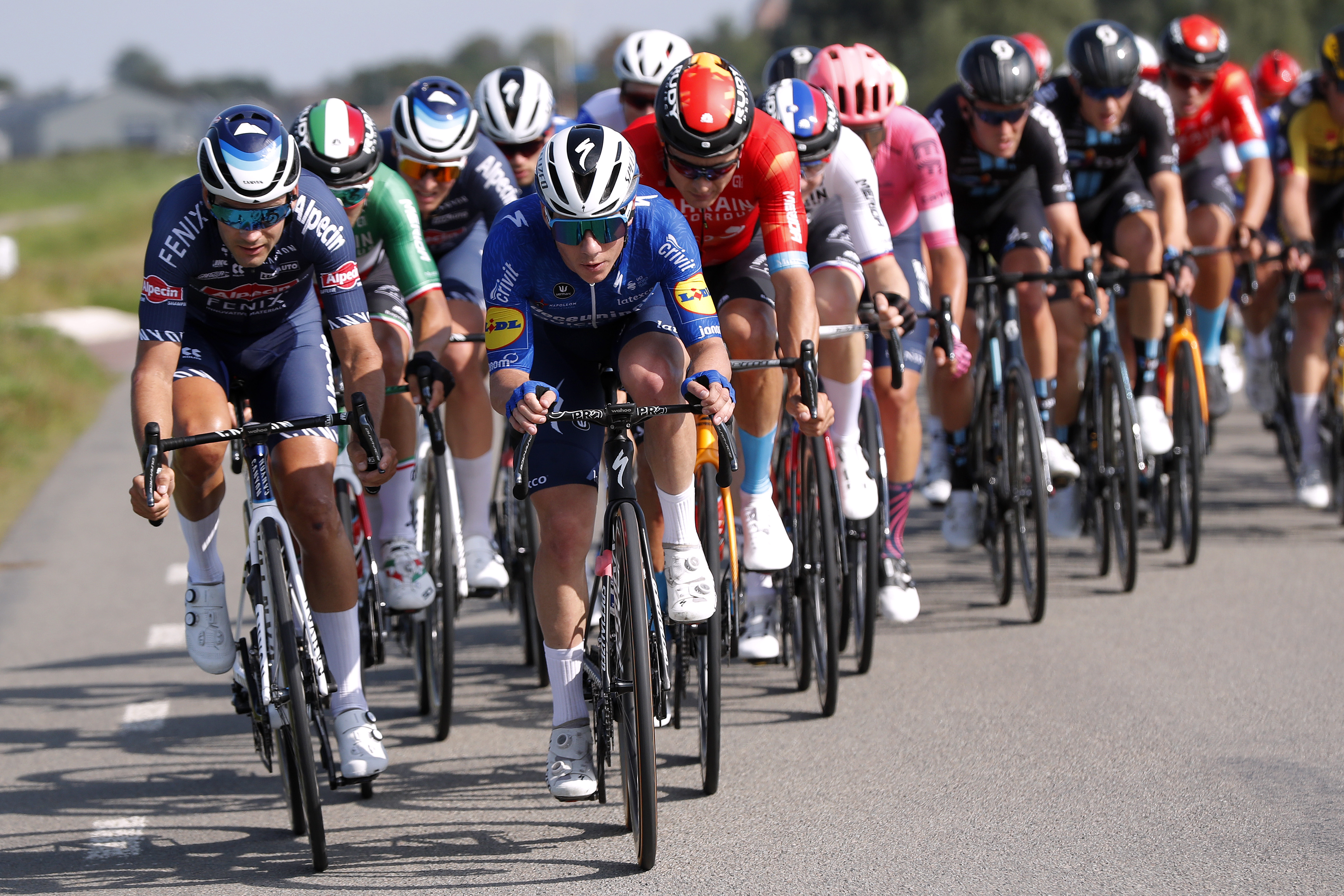 Remco Evevenpoel (Deceuninck-QuickStep) came to the Benelux Tour on the back of three straight victories but his hopes of extending that run were dented on the opening stage of the week-long race.

Already this month, the young Belgian has won a stage and the overall at the Tour of Denmark before soling to commanding victories at Druivenkoers-Overijse and the Brussels Cycling Classic.

And things appeared to be going well on the opening day of the Benelux Tour as he made the front echelon when the field was split by crosswinds. But he was soon thrown into disarray when he pulled to the roadside with 29km to go, his front wheel bearing multiple broken spokes.

Team cars had not yet been allowed through the echelons, so Evenepoel had to rely on Shimano neutral service, but it was a slow process. First of all, the mechanic ran over with a rear wheel, before having to go back to fetch a front wheel. He then struggled to remove the wheel, although he did get the new one in a little quicker.

By the time Evenepoel got going, the second echelon had already zipped by, and he had to sprint to latch onto the third group on the road. The dropped groups did join to form a larger chasing pack, which crossed the line 57 seconds down on the 30-rider lead group.

Evenepoel appeared frustrated at the roadside and then angry at the finish line, where he confronted Alpecin-Fenix rider Gianni Vermeersch. Cameras did not catch the incident that led to the broken wheel but it appears he felt Vermeersch was to blame.

“I’m in the group and you come through diagonally,” Evenepoel said to Vermeersch at the finish, according to Sporza.

Vermeersch then looked to wheel away.

“Don’t run away but admit your mistake,” Evenepoel said. “Are you going to laugh in my face now? Oh boy.”

Evenepoel was not the only one who lost time on the opening day, with the Ineos duo of Geraint Thomas and Gianni Moscon, plus Tom Dumoulin (Jumbo-Visma) all finishing in the chase group 57 seconds down. Vermeersch’s teammate Tim Merlier won the stage, as many pre-race favourites finished on the same time.

The damage was worse for Peter Sagan (Bora-Hansgrohe), who missed the front echelon and then crashed out of the second one, crossing the line 2:25 down.

Bodyweight Partner Workout | 8 Exercises To Do with a Friend

How to Prevent Low Back Pain with Deadlifts | Dr. Zach Long