Ellen van Dijk: I don’t think the GC is set yet at Simac Ladies Tour 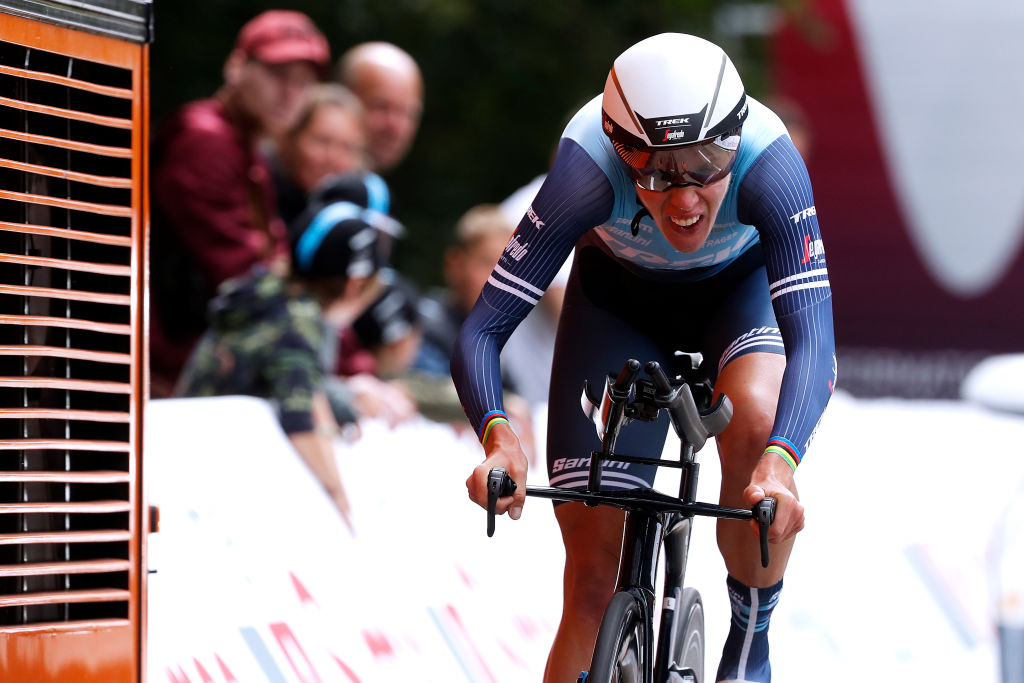 “I don’t think the GC is set yet! We’re definitely going to fight for it and it will be exciting!” van Dijk said after finishing second in the stage 2 time trial in Gennep.

Van Dijk also placed second in the prologue and then finished with the bunch four seconds behind Alison Jackson and Maëlle Grossetête on stage 1. However, it was the stage 2 time trial that was anticipated as the more decisive stage of the six-day race, where she finished 18 seconds behind the day’s winner Marlen Reusser (Ale BTC Ljubljana).

“My time trial went well. I was really curious to see where I’m standing at the moment. I had a good time trial and my power values were good, so I’m happy with that and satisfied with my own performance,” said van Dijk.

“For sure I was hoping that I would be really close to Marlen [Reusser] and we would battle for the win but she was better today, especially on a course like this which was just a power test, out and back. She clearly showed that she was better today so kudos to her. That’s time trialling, the times don’t lie on a course like this. I was hoping to be closer but she was super strong.

“The speed showed that the level was really high. I think we had an average speed around 48/49kph. Marlen showed why she was second at the Olympics. She’s been in great form for a while.”

Van Dijk has finished on the overall podium of this race on six occasions, including winning the overall in 2013. Van Dijk now has a 12-second deficit to Reusser to make up over the remaining three stages if she is to overhaul the double Swiss national champion.

On the upcoming stages the 34-year-old said, “The next three stages will be challenging also. I don’t think the wind will play such a big factor anymore because there is a lot of twisting and turning with local laps. The wind is always a factor but the stages are not really made for echelons. I expect a lot of attacks from other teams because there are quite big gaps on the GC. I expect a lot of action.

“Tomorrow is completely flat and the two days after are very hilly so anything can happen,” she added. ”If a group goes then they can take a couple of minutes. I don’t think the GC is set yet! We’re definitely going to fight for it and it will be exciting!”

As a time trial specialist, van Dijk is looking ahead to the upcoming European and World Championships in the coming month.

“For me it’s a good thing that I can go on towards the Europeans and Worlds. After the prologue I was really happy with second place, but now not so much. It is what it is.”

On Friday, the peloton will face a flat 125.9km stage 3 from Stramproy to Weert.