De Gendt: My enthusiasm for the bike came back after the Tour de France 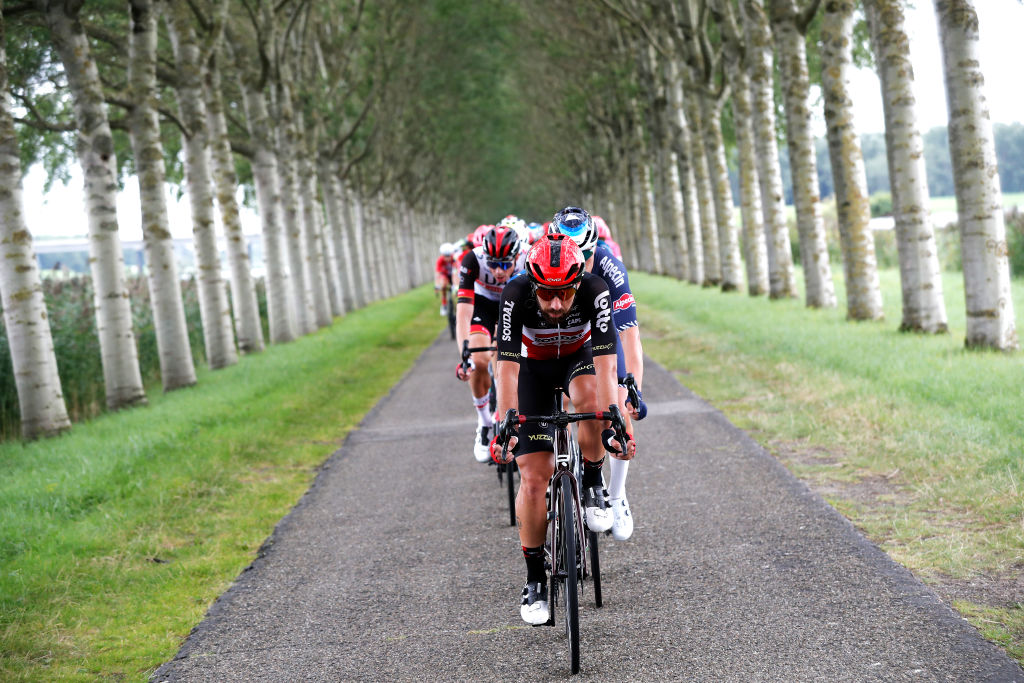 Thomas De Gendt has said that he thinks 2022 will be his final year in the peloton, with the Belgian set to potentially end a 14-year career on the bike next year.

The 34-year-old Lotto Soudal rider has admitted to struggling this season, notably at the Tour de France, and told Het Nieuwsblad that he would only consider continuing past 2022 if it was in a role as a road captain or domestique rather than his current position as one of the team’s attacking leaders.

“At the moment it is in my head that 2022 will be my last year,” De Gendt said in an interview with the Belgian newspaper.

“If things suddenly improve next year or in another role – a road captain or domestique instead of attacker or protected rider – I can return to that and continue one or two years with a different attitude, like guiding young riders and calming them down when needed.”

De Gendt, who is currently racing the Benelux Tour, said during the Tour that the level of racing was much higher than he was used to, noting that he was struggling to keep up despite putting out record power number numbers. In the final days of the race he said that the 2021 edition – his ninth appearance – could be his last Tour, and reiterated that point to Het Nieuwsblad.

“During the Tour I already said that I would rather not return,” he said. “It depends on what the team wants. If it’s purely as a domestique then yes. If it is with big expectations like recent years, then I’d rather not. The Tour has become specialist work. I’m no longer good enough to win a stage and then I start to get nervous and think I can’t keep up. I would better go on a training camp in July or ride smaller races.

“I have ridden the Tour nine times and reached Paris nine times. A few times with a bad feeling, a few times very good. It is not that I suddenly have a bad feeling about the Tour. A tenth participation will not make much difference.”

De Gendt took a break from the bike following the Tour, with the challenging month piling up negative feelings as it was announced that lead sponsor Soudal was departing after 2022 and that longstanding team members Marc Sergeant and Herman Frison were on the way out.

He said that riding his bike more casually while on holiday in Spain led him to rediscover his enthusiasm for riding.

“Especially mentally, it was all a bit too much. Sponsor Soudal leaving the team, riders leaving, staff leaving, my bad condition. I had a bit too much negativity around me during the busiest racing month of the year.

“After the Tour, I didn’t touch my bike for 10 days. Then I went to Spain for more of a holiday than a training camp. I did ride there, because I like to do it, but I didn’t feel like training in a structured way. I rode when I felt like it and for as long as I felt like. The enthusiasm for the bike came back.

“This winter I want to leave the bike in the garage for a month. I felt like I had to restart too soon this year. Then the succession of Grand Tours last year and this year was too much.”

De Gendt, who this year has one win to his name at the Volta a Catalunya, noted that racing at smaller races in August – the Brussels Cycling Classic and Tour of Norway – after opting against heading to the Vuelta a España brought less pressure as well as a liberating feeling due to the lower level of competition.

“I wasn’t ready for the [Vuelta] either. When I see how hard they’re racing there and how high the level is, I had it even more in my mind that I couldn’t compete.

“Brussels and Norway [were] races without pressures – fewer competitors, no media attention. It was liberating. Since 2016 I’ve almost only ridden WorldTour races where you always have to compete against the best riders.

“It’s very difficult to race for a prize and have a good feeling about it. In Norway I was among the best 15 riders on every climb, and I was pushing the same wattages as in the Tour, where I was dropped by 70 riders.”

Fight Boredom With The Escalator Of Death Challenge

What Causes Nosebleeds (& How to Stop Them)