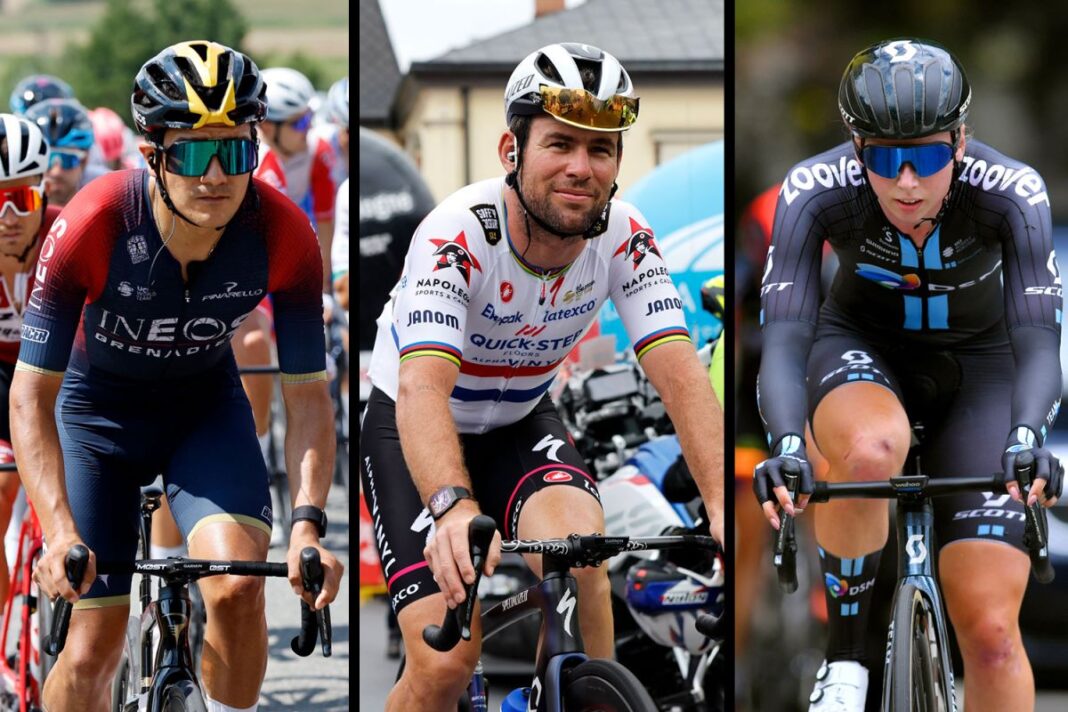 Cycling’s official transfer window opened on Monday August 1, opening the floodgates for a wave of rider switches for 2023.

UCI rules dictate that new signings can only be announced from August 1 but in reality many of the big-name rider deals have already been done secretly in the last few months.

As these are confirmed, and as negotiations continue for the rest of the riders on the market – which includes more than 150 WorldTour riders – Cyclingnews will be keeping track of all movements with this dedicated Transfer Hub.

We’ll update this page throughout the summer, autumn, and winter with every confirmed signing for 2023, building a team-by-team list of ins and outs, while also tracking the latest transfer gossip from the pro peloton.

With the racing scene at all levels getting back to normal amid the COVID-19 pandemic, the transfer market has settled back into a more familiar pattern. This year, however, there’s the complication of WorldTour licences for 2023, which are still up for grabs.

The top-ranked 18 teams in the three-year cycle from 2020-2022 will qualify for cycling’s top-tier from 2023-2025, with second-division squads Alpecin-Deceuninck and Arkéa-Samsic set to step up, meaning two current WorldTour teams will be relegated.

Loss of WorldTour status, even if there’s the cushion of automatic wildcard invites to the biggest races, could be hugely damaging for a team’s future, and could affect their ability to attract and even keep hold of riders. Lotto Soudal and Israel-Premier Tech are currently in the drop zone, while EF Education-EasyPost, BikeExchange-Jayco, and Movistar are also in danger.

The biggest names on this year’s market are Mark Cavendish and Richard Carapaz. The former has been confirmed to leave QuickStep-AlphaVinyl and has enlisted a new agent to find him a new two-year deal that will allow him to try and break the Tour de France stage win record and then finish his illustrious career. Meanwhile, Carapaz, who has three Grand Tour podiums from three years at Ineos Grenadiers, has been heavily linked with a move to EF.

Both Cavendish and Carapaz are the only superstar riders from their respective teams who are up for grabs in 2023. All other top-level sprinters and realistic Grand Tour contenders, such as Jonas Vingegaard, Tadej Pogacar, Primož Roglič, Egan Bernal, and Fabio Jakobsen are all under contract with their current teams.

Adam Yates is one big name who is on the market, with Ineos facing a headache of whether to keep him as they shuffle their decks. With Carapaz and Dylan van Baarle – who’s on his way to Jumbo-Visma – set to leave, they have money to spend and have already attracted Thymen Arensman from Team DSM but are continuing their investment in youth, with a long-term contract extension for Tom Pidcock and a neo-pro deal for U23 Giro champion Leo Hayter.

Jumbo-Visma have had a storming season but are not resting on their laurels, with Van Baarle effectively a done deal and further links with Attila Valter, Jan Tratnik, Wilco Kelderman, and Thomas Gloag. UAE Team Emirates are set to add Tim Wellens but it remains to be seen if and how they strengthen the squad around Pogačar.

QuickStep have long-term security as new title sponsor Soudal switches Belgian teams, with Remco Evenepoel and Julian Alaphilippe both under contract. Their sprinter’s revolving door continues as Cavendish leaves and Belgian champion Tim Merlier comes in from Alpecin-Deceuninck, but there’s work to be done to freshen a Classics core that fell below its lofty standards this spring.

In the women’s market, star sprinter Lorena Wiebes is the biggest mover as she breaks her contract with Team DSM to move on to Dutch powerhouse SD Worx.

Elsewhere, Amanda Spratt is set to leave BikeExchange-Jayco after 11 years with Trek-Segafredo a possibility. Meanwhile, the American team has the futures of the expiring Ellen van Dijk, Audrey Cordon-Ragot and Chloe Hosking to sort.

At UAE Team ADQ star riders Mavi Garcia and Marta Bastianelli are out of contract, and it’s the same story at SD Worx with Christine Majerus and Elena Cecchini, and at Team DSM with Floortje Mackaij and Liane Lippert. Marta Cavalli‘s contract at FDJ-Suez-Futuroscope also expires this winter, though the Italian is likely to stay put after what has been a breakthrough 2022 season.

The women’s market is set to spring to life a little later than the men’s, with the return of the Tour de France Femmes recently marking a potential watershed moment for the commercial landscape of women’s cycling.

This is our index to all transfers that have been officially confirmed by teams.

We’re not including all the second-division teams in this hub, but we are covering the most important ones. Alpecin-Deceuninck and Arkéa-Samsic are set to be promoted to the WorldTour for 2023, TotalEnergies could grab automatic invites to the whole top-tier calendar, and B&B Hotels are rumoured to have significant new sponsorship.

This is where we’ll cover all the possible moves that are yet to be officially confirmed. These will cover transfer activity Cyclingnews has learned about as well as the most significant rumours from other sources.

The Children’s Place gets its second CFO in 2 years

How Are We Just Learning About Color Coding Workbooks?