Chris Hamilton keeps chipping away with Vuelta a España podium 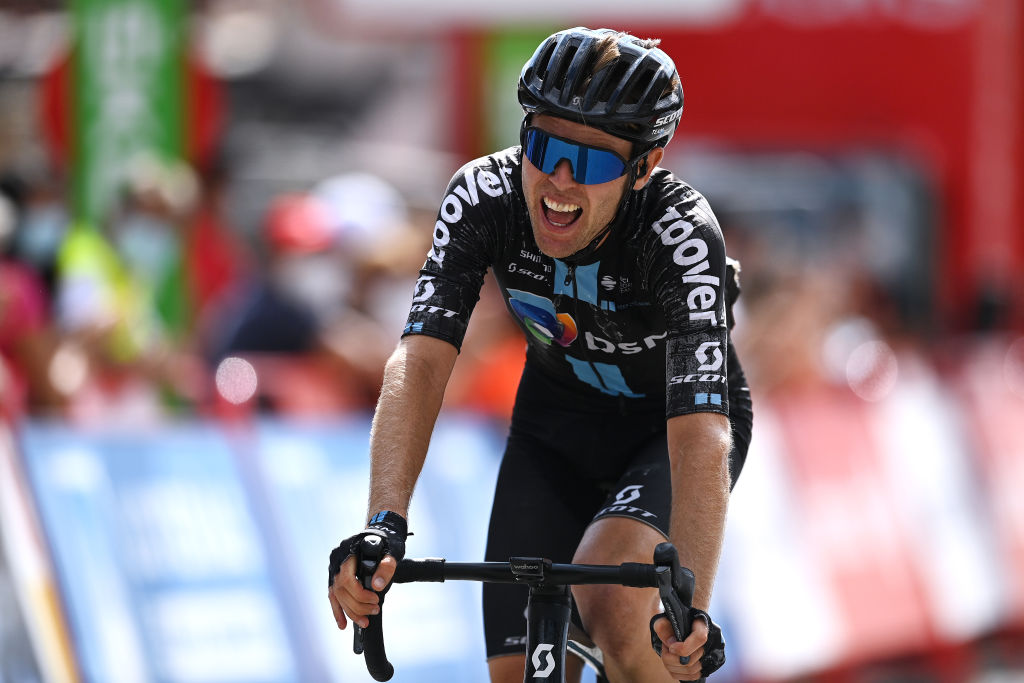 Chris Hamilton (Team DSM) launched from the chase group with more than fifty kilometres to go on stage 15 of the Vuelta a España and, while he couldn’t bridge the gap to Rafal Majka (UAE Team Emirates) or Steven Kruijswijk (Jumbo-Visma), the Australian rider forged on to secure his second Grand Tour podium place this year.

After Majka went on the attack on the Alto de la Centenera climb, which came just 70 kilometres into the the 197.5km stage from Navalmoral de la Mata to El Barraco, Hamilton worked his way into a chase group and then on the penultimate climb slipped away in pursuit of the riders out the front.

“It was a bit of a weird day tactics wise because we had four guys in the group so no one else was really happy to work with us, so it was pretty much attacking from that group all day,” said Hamilton in a team statement. “No one was really working together which is fair enough so at 50 or 60 kilometres to go I went all in to see what happened and that was it.”

With Majka out the front, Kruijswijk next on the road and then Hamilton, the overall contenders reduced the gap and continued to wind up the pressure, pulling more and more of the riders from the break back on the mountainous stage leading into the second and final rest day of the Vuelta. Hamilton, however, kept pushing, crossing the line 2:19 behind winner Majka and 22 seconds ahead of the first of the overall contenders, Adam Yates (Ineos Grenadiers).

“That was a tough day at the office,” said Hamilton. “Of course going for the win was the ultimate goal and the whole time I was kind of hoping the guys were hurting as much as me. You have to keep chipping away and you never know what can happen.

“I’m super happy with third. I gave it everything today and the peloton were coming really fast in the finish and if I wasn’t going for the win I wanted to make something from the day: a Grand Tour podium, I can’t be upset with that.”

Hamilton is yet to deliver a professional win, but this is his second Grand Tour podium of the year, with the 26 year old taking second on the 212 kilometre Stage 12 of the Giro d’Italia – which had 3,700 metres of climbing. Hamilton, is most often found in a support role, particularly on the climbs, but got his chance in a day for the break at the Giro d’Italia and again made the most of his opportunity on stage 15 of the Vuelta, with the team more focussed on stage results since leader Romain Bardet had his GC hopes ruined with an early race crash.

The team has won three stages at the race so far, with Bardet taking out stage 14 and 24-year-old Australian Michael Storer taking two stage victories, one on stage seven and another on stage 7.

Hamilton has been with Team DSM since he turned professional in 2017 and has just signed with the team for another two years, taking his contract through to 2023. The squad said they were confident he was capable of continuing to contribute, not only by playing an important support role but also with individual results.

Does The Bright Line Diet Work?

Tai Chi Under The Water