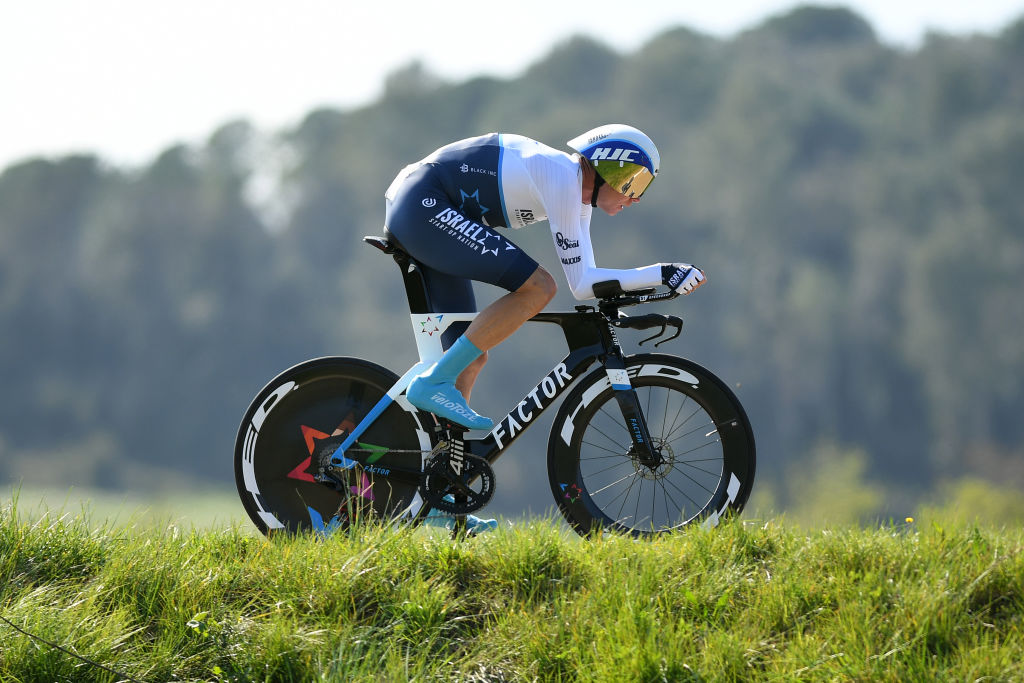 Chris Froome has made his first investment in a cycling company, joining a consortium that’s injecting capital into Factor Bikes and its parts and accessories subsidiary Black Inc, with plans for the four-time Tour de France winner to use his racing and product experience to help with product development and marketing.

The sponsor of Froome’s WorldTour team, Israel Start-Up Nation, who also partners with women’s team Parkhotel Valkenburg, has drawn what it said was a “substantial investment” from the group including Sam McKay, co-founder of Point King Capital, Scott Farquhar, co-founder of Skip Capital and Froome, who will be joining the Board of Directors along with McKay.

“I’m really excited to be joining the Factor/Black Inc team,” said Froome in a statement from the company. “Over the past year, I’ve had a first-hand look at Factor/Black Inc’s technical and development prowess. I truly believe that they’re building something special, and I can’t wait to bring my racing experience and product understanding to help the Company continue to bring ground-breaking innovations to cyclists all over the world.”

The premium bike brand – which manufactures at its own factory and sells direct to customers online as well as through dealers – will continue to be majority-owned by founder and CEO Rob Gitelis.

“We are genuinely excited to bring on new capital partners who will help Factor realise its potential,” said Gitelis. “With Chris, Point King Capital and Skip Capital we have the ideal team to support and advise us on every aspect of our business as we enter a new, growth-oriented chapter. They all understand and support our mission to push boundaries and challenge the status-quo, which is critical.”

The company, which began in England, said the additional funds were raised to continue its global growth strategy, with ongoing investment in the product and talent as well as an expansion of its global distribution channels. The company – which has what it calls Factor Experience Centres in Melbourne, Australia, and Hethel, England – added that it is looking to open a new retail facility in Melbourne to enhance its direct to consumer experience.

Gitelis also said he expected Froome to play an active role in providing strategic direction, especially when it came to product development as well as marketing and sponsorship decision making.

“As much as his physical abilities, Chris’ obsession with extracting every last ounce of performance from his equipment has played a key role in his becoming one of the greatest cyclists of all time,” said Gitelis. “The fact that he chose to make his maiden bicycle company investment in Factor/Black Inc after just one season of racing on our products speaks volumes about his belief in what we’re doing. We will benefit greatly from his knowledge of both the product, and the peloton.”

Cycling with cleats: Everything you need to know