Challenging, varied, exciting – What we think of the Tour de France Femmes 2023 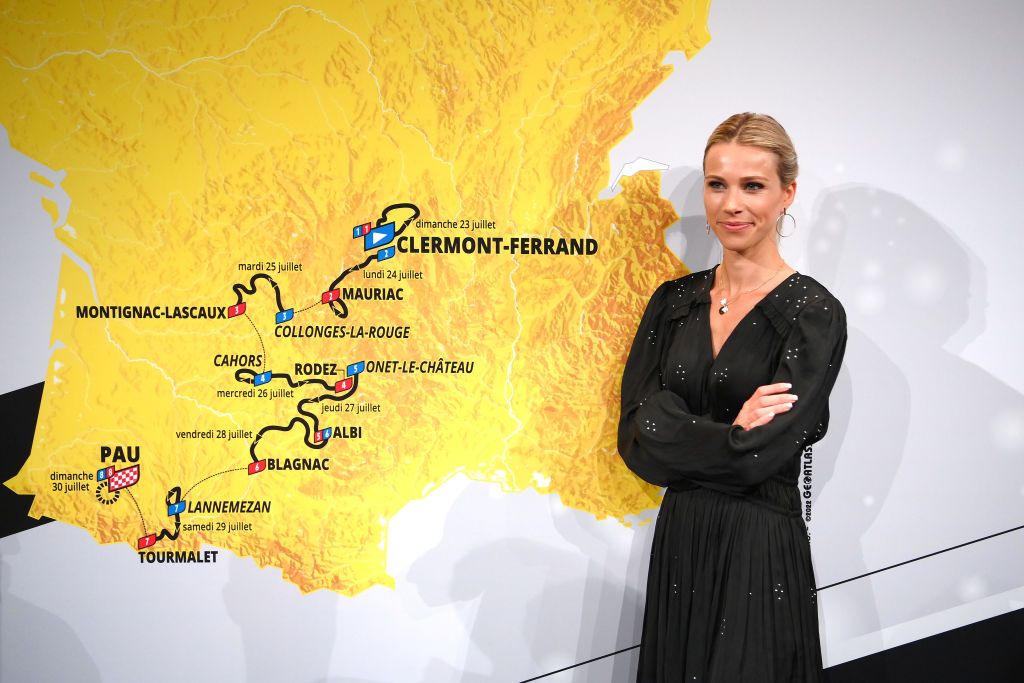 On Thursday, ASO revealed the route for the 2023 Tour de France Femmes avec Zwift, a bold and challenging parcours that its organisers hope “will make a concerted push for the summits of women’s cycling”.

The basic format remains the same – the competition is still eight days, coming just after the men’s race – but the race looks very different from its 2022 edition, taking in a completely new region of France, bigger climbs, and new disciplines.

It may be only in its second edition, but growth seems to be what ASO are aiming for, building on the foundations laid in 2022.

After the success of the inaugural Tour de France Femmes, ASO could have stuck to the formula for 2023, designing the race in a way they know will work. For an organisation that was arguably too slow and cautious in growing La Course, sticking to the Champs-Élysées circuit for several years, it perhaps wouldn’t have been surprising to see a similar approach to the first editions of the Tour de France Femmes, but Thursday’s announcement put to bed those concerns.

Moving away from Paris for the first stage, the race is already establishing itself as an event in its own right. The start in Clermont Ferrand is intended to keep the race connected to but not constrained by the men’s race, and the move from Paris has freed up ASO and Race Director Marion Rousse to go further afield in France and design a varied, challenging and exciting route.

Literally and figuratively, the 2023 route has a focus on taking the women’s peloton to new heights and tackle new challenges. After being focused in the Vosges mountains in 2022, next year’s edition will head to the Massif Central and the Pyrénées.

The jewel in the crown of Thursday’s route announcement was the confirmation that the Tourmalet will host a summit finish on the penultimate day of the 2023 Tour. Not only will the Tour de France Femmes finish at over 2,000 metres for the first time, but it’s also an important moment symbolically to have the women’s race feature a classic Pyrenean Tour de France climb in only its second edition.

A few things that featured in the 2022 route are gone – there’s no gravel or significant non-tarmac portions and no visit to Paris – but some of the gaps from the inaugural edition have been filled. Most obviously, the 2023 race will feature a much called-for time trial, on the final stage in Pau. The time trial seemed the missing piece in making the Tour de France Femmes a true reflection of a Grand Tour, so it is a welcome inclusion. The time trialists may lament the timing of the 22km challenge against the clock, coming the day after the gruelling Tourmalet stage, but they will have their chance to show themselves in their chosen discipline.

In terms of the overall, the time trial should be influential but not decisive: the winner will almost certainly be decided atop the Tourmalet, but there will still be time for the podium and top 10 to shuffle around on the final day in Pau.

Perhaps more importantly than the details of the course, is the racing it will produce. With the Tourmalet and the final stage time trial making the headlines of the route announcement, it may be easy to look to the final weekend to be once again the focal point for the general classification, but in fact the overall will take shape much earlier than that.

Where the 2022 route lacked ‘in between’ stages, the 2023 race is characterised by a lot of medium climbing that should be hard enough to test the GC riders and produce head-to-head battles, but not so hard that one or two riders are able to take several minutes on such stages.

The first of these stages comes early on stage 2, which features 2,500 metres of climbing and a 3.4km climb to the finish in Mauriac. The 177km day to Rodez is another day of middling but repeated climbs that should produce a close battle amongst the overall contenders.

Whilst the Tourmalet will almost certainly decide the winner, these stages will be crucial in determining the top 10, and will be big targets to take time or stage wins for the growing contingent of strong climbers in the peloton.

For all the changes to the formula and the possibility of a more varied GC fight, there is no denying that this is still a race that suits defending champion Annemiek van Vleuten (Movistar) the best. ASO described the Tourmalet summit finish as “a setting where only the best female climbers in the world can hope to win” and it would be hard to attribute that best female climber moniker to anyone except Van Vleuten, who proved untouchable on the two big climbing days in the 2022 Tour.

Van Vleuten has made clear her desire to race on the biggest climbs – often naming Alpe d’Huez as the one she’d like to compete on most – and so she will certainly be celebrating the chance to race to the top of the Tourmalet. Followed by a time trial, another discipline in which the Dutch woman excels, the final weekend looks perfect for a healthy and injury-free Van Vleuten.

Of course, it would be hard to design a Tour de France Femmes that did not suit Van Vleuten, bar having only a very small amount of climbing. ASO have done well at including stages for different types of riders and climbers, and the general classification will almost certainly pan out differently to this year, but ultimately it does look like it could be a different journey to the same result in Van Vleuten’s final Tour de France Femmes before retirement.

Is the Tourmalet too much?

Though there is much to be celebrated about the Tour de France Femmes going to the Pyrénées and taking in a climb as challenging and iconic as the Col du Tourmalet, there is also a discussion to be had about the place of such climbing in the race. After Van Vleuten completely dominated stage 7 and stage 8 of this year’s Tour de France Femmes, questions were raised over the value of including stages where one rider can put minutes into her competitors and how appropriate they are to the current level of the peloton.

The Tourmalet is sure to raise similar questions, and the concerns are not without basis: it seems already likely that we will see one rider take a lot of time on the Tourmalet, and that rider is likely to be Van Vleuten, which possibly takes some jeopardy out of the racing.

However, the climbing level in the peloton is getting better and more closely matched every year, and this is only achieved by including bigger and harder climbs. There may be only one or two riders who are currently climbing at the top level, but the inclusion of pure climbing stages will foster the development of more pure climbers. So whilst the Tourmalet may be a particularly selective challenge in 2023, it’s crucial we aim at such big climbs if we want the sport to grow towards that level.

Fewer spoils for the sprinters

Naturally, much of the immediate reaction to the route focuses on climbing, but spare a thought for the sprinters. After getting the chance to race on the famed Champs-Élysées on the opening day of the 2022 Tour, with the invaluable prize of the first yellow jersey on offer, the fast women of the peloton may be slightly less excited about their chances in next year’s race.

The first likely sprint finish doesn’t come until stage 3, and the only other nailed-on sprint day in stage 6 into Blagnac. Stage 5 could see a bunch finish in Albi, but equally looks well-suited to a breakaway. The sprinters will also have to survive a solid serving of climbing to get to the sprint stages, and those hoping to go for green will have to get through the Tourmalet within the time limit if they want to go home with the jersey.

The peloton’s purest sprinter and double-Tour stage winner Lorena Wiebes may have her work cut out to better or equal her 2022 record, particularly as she may be balancing her aims with her soon-to-be SD Worx teammate Demi Vollering.

What does this mean for the future?

We may be still nine months away from only the second edition of the Tour de France Femmes, but Thursday’s announcement tells us a lot about the long-term future of the race. Most importantly, Marion Rousse’s 2023 route shows that she doesn’t intend for the race to be constrained by the men’s event, but rather build its own foundations: certainly influenced by the characteristics of the men’s Tour de France, but not simply it’s smaller copy or an afterthought add-on.

What we don’t know is where the race will go in terms of length. The race is already packed full, squeezing a lot into eight days, and with ASO trying to grow the race in terms of difficulty and stature, it doesn’t seem inconceivable that extra days could be added too. The move away from the Paris start also opens the door to a change in dates, perhaps no longer starting on the final day of the men’s Tour, as is already a possibility for 2024 in light of the Paris Olympics.

The inaugural Tour de France was undeniably significant, but the second, third and fourth editions are equally critical in setting out the long-term future of the race. With Thursday’s announcement, it seems ASO are already laying strong foundations for the Tour de France Femmes to grow.

Business Events Are Back, and so Are Budgets